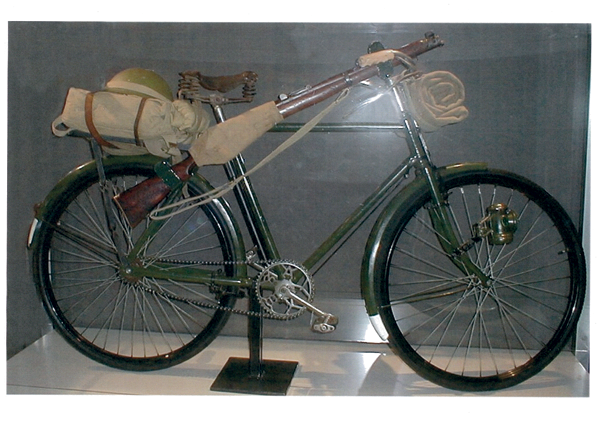 As the nation commemorates the 100th Anzac day, Bicycling Australia celebrates a curious yet largely unknown part of our cycling and wartime history. This is the story of the Anzac cyclist battalion, a military contingent established to fight World War I from the saddle of a push bike.

Are you fit and  healthy? Can you ride a  bike? If so then you’re in  luck because you have all the qualifications necessary to participate  in the ultimate cycling adventure. No  previous experience is necessary, just volunteer and soon you’ll be cycling through the fields of France representing Australia in an international challenge. All your expenses are covered, and all equipment, meals and accommodation will be provided at no cost. A full and attractive salary will be paid for the duration of the tour, and best of all you’ll be equipped with the latest and most technically advanced bike available, totally free of charge.

Surely this sounds too good to be true, but believe me it’s totally real. There is unfortunately one minor hitch; applications for this tour closed almost one hundred years ago.

For my great uncles however, the timing was perfect. Reuben and Walter Smith were mine-workers from the town of Emmaville in northern NSW. The Empire’s declaration of war had set aflame their spirit of adventure, and like thousands of their fellow countrymen they were eager to “do their bit”. Reuben, despite being the younger of the two, was first to join up. He enlisted in the 3rd Infantry Battalion (2nd Reinforcements) in November 1914 and in the following July found himself under fire on the shores of Gallipoli. Walter meanwhile waited until August 1915 to enlist, and chose to join the 1st Light Horse (13th Reinforcements).

The troop ship carrying Walter left Australia on 20 December 1915 (which coincidentally happened to be the very day that the ANZAC troops were silently evacuated from Gallipoli.) Within a few months Walter and his Light Horse mates were at Serapeum in Egypt, idly biding their time while supposedly acting as a deterrent should the Turkish Empire feel inspired to attack the nearby Suez Canal. The men were hot, bored, and eager for battle. For many of them the call for volunteers to establish the ANZAC Cyclist Battalion was simply too good to resist.

Today we’d think it incredible that the humble bicycle was ever considered a serious and formidable weapon of war. At the time however the bike was a relatively recent innovation, spurred to popularity first through Dunlop’s invention of the pneumatic tyre in 1888, and then by Philip Strauss’ invention of the air-filled tyre tube in 1911. As a cheap and reliable mode of transport the bicycle had obvious advantages over the horse, as Britain’s Cycling Magazine detailed in October 1914:

“The reasons of the success of the soldiercyclist are not far to seek. In the first place it must be realised that his mount, unlike that of the cavalryman, is silent in progress. This gives him an enormous advantage over his noisy foe, whose horse betrays his presence even when galloping over grassland. In short, the cyclist can hear and not be heard. He can approach speedily and noiselessly, and without warning can attack the enemy, who, all unconscious of his presence, often falls an easy prey.”

The British swiftly developed military cycling following some successful experimentation during the Boer War, and by 1914 the British Army included some 13,000 cyclists attached to infantry divisions. It wasn’t until March 1916 however that AIF Headquarters in Cairo issued the orders to establish ANZAC Cycling Companies comprising some 230 men per division (around 1000 men in total).

While civilian bikes had been gaining in popularity they still weren’t particularly commonplace in Australia and finding enough experienced riders soon became an issue. Military logic prevailed, and upon the assumption that if a man could ride a horse he could surely ride a bicycle, volunteers were called from the Australian Light Horse. This theory however didn’t necessarily translate to reality, and much early entertainment was to be had as Walter and his mates found their new 24 inch Mark IV BSA military bicycles much harder to master than they had expected.

Finally though, fully trained and equipped, the ANZAC Cyclists and their army green BSA’s left the sands of Egypt and soon commenced their own tour de France – amidst the death, mud and carnage known as the Somme.

Bicycles, as we all know, perform brilliantly when ridden on solid, hard surfaces. Unfortunately, such surfaces were few and far between on the Somme and it quickly became apparent that the bicycle was totally unsuited to trench warfare. Nonetheless the ANZAC Cyclists still made a vital contribution to the war effort. They were sometimes detached to other companies, including the Light Horse, artillery and infantry, but often their duties included the guarding of machine gun posts, bridges and ammunition dumps, maintaining the light railways, running messages, performing reconnaissance, and the horrific task of recovering and burying the corpses of their ANZAC comrades.

On 12 September 1916 the Cyclists were removed from the front and sent to Ypres in Belgium where they could enjoy a hot bath, a change of clothes and a well-earned rest. Many ANZACs were headed the same direction, including Reuben’s 3rd Battalion – a group of ragged and battle-hardened infantryman who had recently been to hell and back, namely Mouquet Farm and the successive battles for the shell-blasted and blood-stained rubble which had once been the quiet French town of Pozieres.

Our family history relates that while on route to Ypres the Cyclists came across the 3rd Battalion. Walter and Reuben walked straight past each other without realising, so great was the mud and filth that covered their bodies. This near miss was soon rectified and the brothers were reunited. The battalion diary records that on the very next day a new man was “taken on strength” and Reuben Smith, a veteran of Gallipoli and Pozieres, became an ANZAC Cyclist.

Walter and Reuben spent the next three years on active service with the ANZAC Cyclists in France and Belgium, particularly in the localities of Albert, Ypres, Amiens and Villers Bretonneux. Although the ANZAC Cyclists never fought together as a unit (despite the numerous pleas to HQ from their Commanding Officer) death and disease were never far away. Many times the men were required to attend to corpses which had been rotting for weeks. They were also relentlessly subjected to artillery and aircraft bombardment, poisonous trench gas, parasites like lice, rats and scabies, and diseases including influenza, trench foot and epididymitis (an infection which makes saddle chafe sound rather heavenly!)

When hostilities finally ceased the ANZAC Cyclist Battalion was disbanded and in 1919 its members sailed for home.

They had performed their role with valour, 14 receiving decorations, while 26 paid the ultimate sacrifice. Fifty five more were wounded, while another 37 (including Reuben and Walter) had been gassed.

Both brothers returned to Australia and settled in the Hunter Valley where they started new lives and raised their families. The war however always remained with them. Reuben passed away in the 1940s, his death linked directly to the lung trauma caused by trench gas. Walter meanwhile lived on into his 80s, though regularly sought refuge in alcohol to drown away the memories of his wartime experiences.

To some, the ANZAC Cyclists Battalion is nothing more than an oddity and a joke. Some even suggest that its members weren’t true ANZACs at all because they didn’t go “over the top” and valiantly charge the enemy trenches. Personally, I disagree. I view the cyclists as a representative symbol for all men and women that have, or will see service. The cyclists performed their duty to the nation. They did what was asked of them, and in the process saw things and had experiences that should never be asked of anybody. They returned home with scars, both physical and mental, scars which they carried for the remainder of their lives.

ANZAC Day is a poignant time for us to remember all who have served our nation in conflict, and not only those who lost their lives, but also those for whom the war has never ended despite the guns falling silent.

This ANZAC, as you leave the Dawn Service and take the opportunity for a morning ride remember our diggers both past and present. While you’re at it, please also spare some thought for Australia’s first grand tour team – Walter, Reuben and all their mates who comprised the ANZAC Cyclist Battalion. 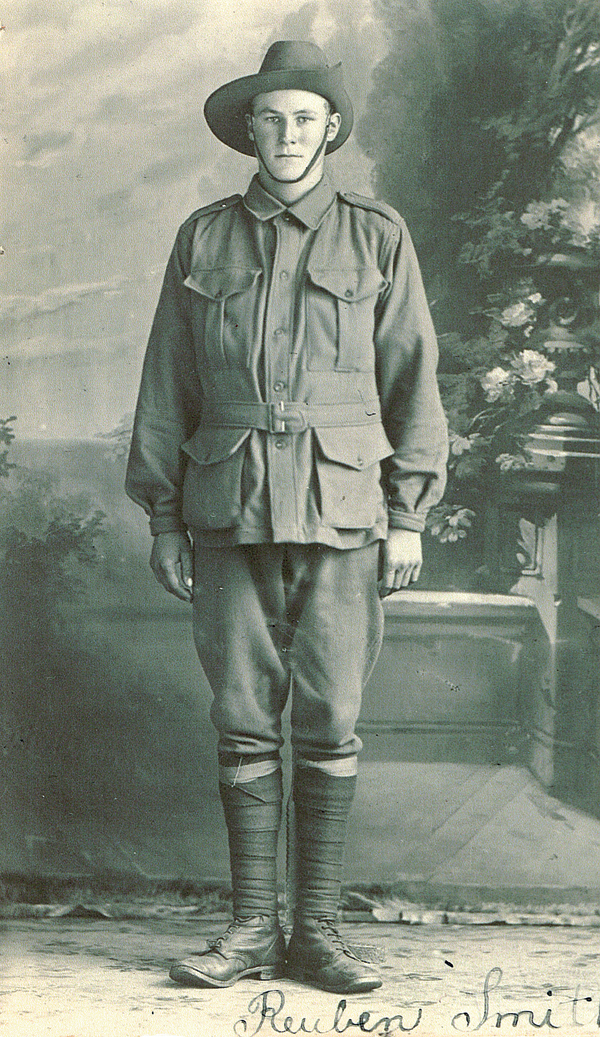 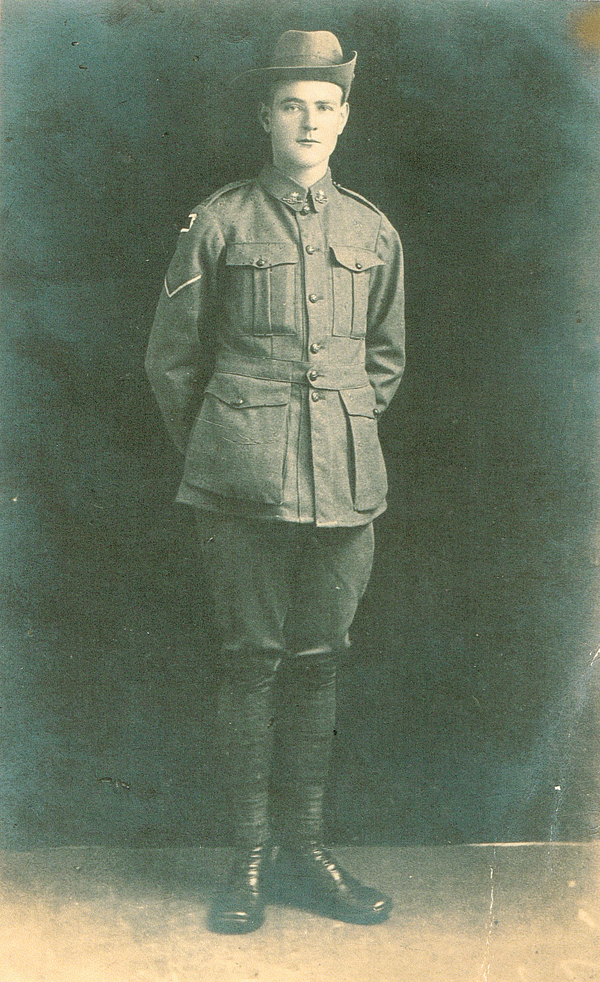 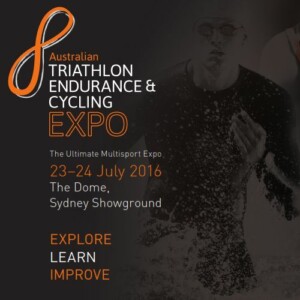