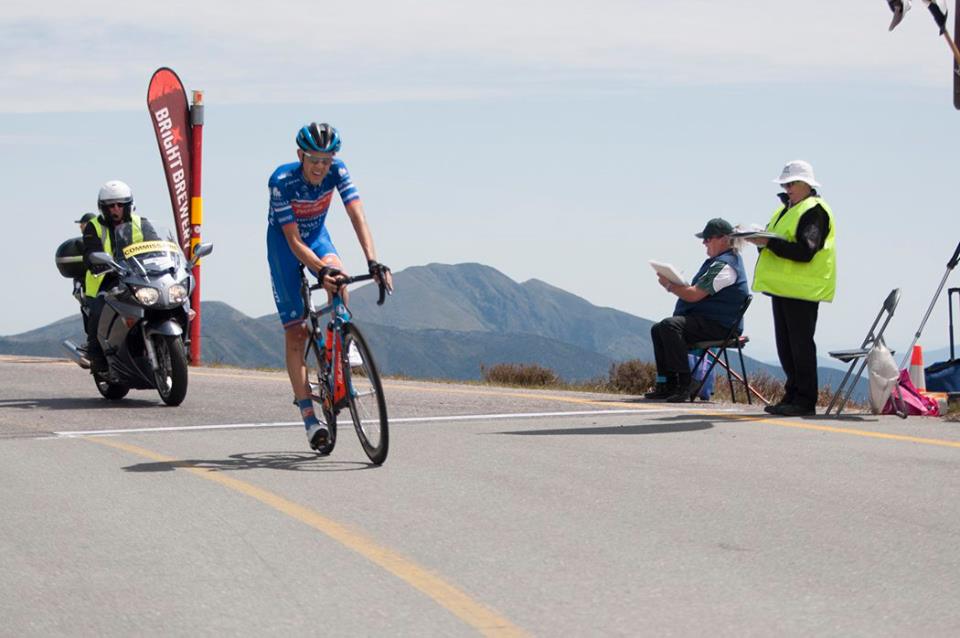 After two exhausting days in the saddle stage 3 loomed in the distance as riders rolled out from the Alpine Cycling Club in Bright and headed towards one of the most challenging climbs in Australia.

The Mt Hotham climb is roughly 30km of uphill in total and can be divided into three sections. The first, affectionately known as ‘The Meg’ has a sharp pinch around a left hand hairpin turn where the gradient increases to 9%, this is where most of the fields were broken with some riders conserving themselves for section three.

Section two is a “false flat” with only 1.8% of gradient that winds it’s way toward section three, where riders battled an average 4.9% gradient across the ridgeline with 7%, 10% and 9.7% climbs all thrown in the mix all the way up to Hotham Village where the view was spectacular.

Elite Men’s B Grade was won by Kyle Ward who sent it after the sprint section on a solo effort to get him 7 minutes in front of the rest of the field at the finish. Next in with a strong finish for second and third was Matthew Robertson and Clint Perrett.

Women’s A Grade was won by Kate Perry (Specialized), in second was Lucy Kennedy and third place was taken out by Carlee Taylor (RXS).

The General Classification results seemed to be heavily influenced by the placings of Stage 3 with Ben Dyball taking the honours for Elite A, Kyle Ward for Elite B and Kate Perry for Women’s A.

The Sprinters jersey was awarded to Liam White (PVG) for Elite Men’s A Grade, Kallum Parlevliet for Men’s B and Valentina Scandolara (RXS) for Women’s A.

The Climbers jersey was taken home by Lucas Hamilton (VIS) for Men’s A, Kyle Ward for Men’s B and Carlee Taylor (RXS) for Women’s A.

It was an exceptional weekend with the weather sitting at a warm 30 degrees. The officials, organisers and sponsors all did a great job and the village of Bright and surrounding areas were very accomodating. With majority of the thanks going towards the Bright Brewery who were the main sponsors, Cycling Victoria and Cycling Australia providing officials and timing and the competitors for having a go at one of the most challenging races in the country.

For the full results head to the Tour of Bright web page here. 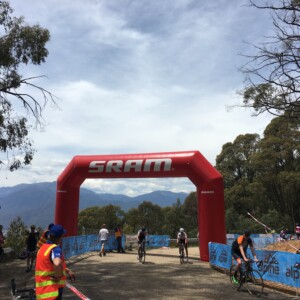