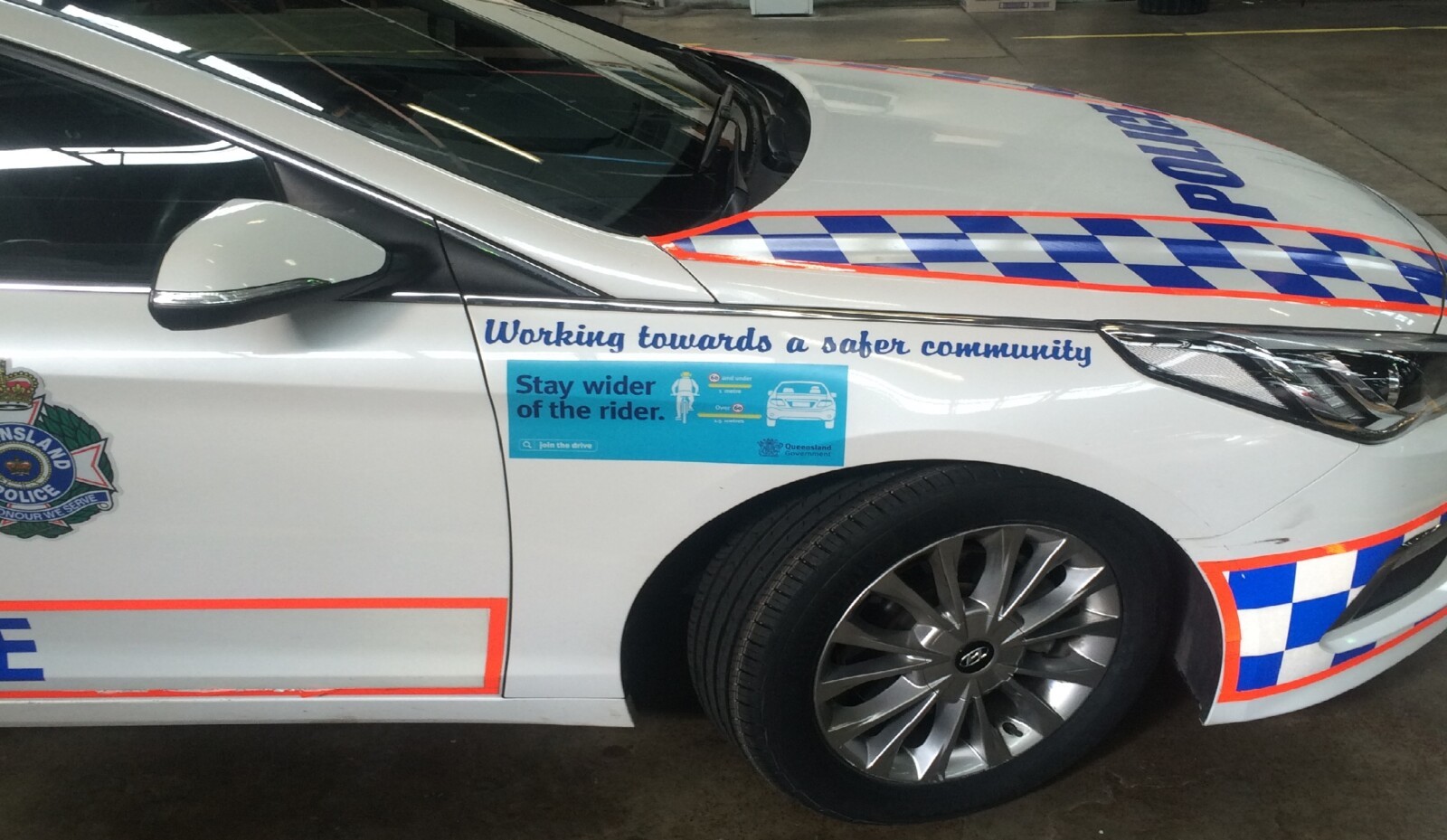 It’s the most significant issue facing bike riders in Australia, and articles on the topic are generally the most commented upon by Bicycling Australia readers. We recently presented the welcome news that the Queensland Police Service are rolling out new awareness initiatives to help educate road users on the safe passing of cyclists.

In the comments section of the original article a number of people questioned how this will work, would change really occur, and was it yet another case of more talk and no action? We asked Anne Savage, the CEO of Bicycle Queensland and key driver of the consultation work with the QPS, for further details.

“I have a responsibility to make sure it works,” Savage responded to that first question.

“When I began this work, many in the cycling community told me it was hopeless, and a waste of time trying. Earlier this year I requested detailed information on complaints filed and infringements issued under Safe Passing Laws, the response left me in no doubt that we had – and still have – a problem.”

One of the new awareness initiatives is the placement of these decals on 200 Queensland Police vehicles.

Here are some extracts from that correspondence, obtained exclusively by Bicycling Australia Magazine:

“Bicycle Queensland respectfully requests detailed information, sorted by date and region, on the number of motorists who have been issued with infringements of Section 144A under the State Penalties Enforcement Act 1999 and Transport Operations (Road Use Management) Act 1995, as per the Transport Legislation and Another Regulation Amendment Regulation (No. 1) 2014 (Subordinate Legislation 2014 No. 26). We further request detailed information on the number of complaints lodged by cyclists under Section 144A for investigation by the Queensland Police Service, and how many of those complaints resulted in the issuing of penalties.”

Letter sent in reply from the Police Minister to Bicycle Queensland, signed 3 April 2018 –

“I am advised that QPS records all traffic related complaints under the same category. Each complaint must be further individually researched with a view to establishing if a traffic infringement notice was issued and whether it relates to the provisions to which you have referred.”

Only 39 Infringements in One Year

Of concern, Transport and Main Roads data available online confirms only 39 infringements were issued across the state last year, an “alarmingly low” number, according to Savage.

“All aspects of the protocol are designed to strengthen compliance within the QPS, by making officers accountable for the way they handle complaints from cyclists. At a foundational level, the Online Learning Portal will include educational video content and materials to make all Officers aware of their enforcement duties and to standardise and quality assure the investigation process, with upgrade of the primary Queensland Police Service database – QPRIME – to accurately capture and report on complaints and infringements issued.

“On learning that fewer than one infringement per week had been issued in Queensland last year, and on discovering that the number of infringements issued had declined since the commencement of the laws, I became tremendously sceptical that the law was being adequately enforced, particularly given about 86 per cent of Bicycle Queensland members report experiencing ‘close passes’ on a frequent basis,” she says.

Anne Savage went on to say that through her own conversations with Bicycle Queensland members and cyclists statewide, she was aware many cyclists were filing complaints either online or in person, and felt they weren’t being taken seriously by investigating officers.

“Anecdotal reports were also coming through to me from within the cycling community that at a high level, QPS senior command believed the law was impossible to police,” she said.

So what ‘real action’ will the new protocol involve, and how will it make a difference?

According to Savage, a range of things are now in play, which, combined, will improve enforcement and gradually change car-centric law enforcement.

“Importantly, a standard-form ‘Letter of Notice’ is being developed and will be issued to drivers who don’t get infringements but deserve a formal warning, which will be recorded on the Queensland Police Service system and used to inform decisions on the treatment of any future complaints against drivers found to repeatedly disregard the law,” Savage said.

“Police officers will also be provided with guidelines and instructive tools to assist officers with taking roadside measurements, and a package of written material is being developed to assist police in managing both station-initiated complaints and online notifications.

“Upgrading of the QPS database is key to this package of work – if we can actively monitor the number of complaints and infringements issued, we can gain a better understanding of trends and patterns and the numbers of cyclists who are impacted by unsafe passes across the state.

“For my part, I have reached out to members and cyclists, asking anyone who experiences a close pass to report it and then register the complaint with Bicycle Queensland viabqinfo@bq.org.auso that we can cross-match our estimates and then follow-up or escalate complaints as appropriate.

“I have also reached out to local police stations, offering to assist officers in any way necessary with education and advice initiatives.

“One of my concerns at the moment is the inconsistency across districts and stations in prioritising traffic infringement matters,” she said.

“While I’m confident that we now have the support of the Police Commissioner and his senior commanders, it may take some time to filter down to the station level. As such, I remain on-call to assist anyone who needs a hand. My hope is that over the longer-term, this initiative will improve road safety more broadly, by reinforcing safe driving in all situations. We must make our roads safe for cyclists – the time to act is now.”

Minister for Transport and Main Roads

The Queensland Police Service has developed a new program in consultation with Bicycle Queensland aimed at improving cyclist safety on Queensland roads.

An online learning tool and guidance materials will assist officers in the field to gather evidence and enforce the Safe Passing Laws effectively.

According to these laws, drivers must allow a distance of 1 metre when passing a bicycle. When the speed limit is over 60kmh the passing distance increases to 1.5 metres.

The trial program was partially launched in Bundaberg this week for Queensland Road Safety Week, with a view to rolling out in more areas statewide.

“Awareness and education are vital for making Queensland’s roads safer for everybody, and this program will give the QPS the capacity to enforce more effectively,” he said.

“This is part of the QPS’ commitment to improving the knowledge and skills of their officers to ensure they act professionally and fairly, improving road safety for all road users.”

“Safe Passing Laws are in place to protect bicycle riders because, being a more vulnerable group than motorists, they are less protected in a collision or traffic incident. These can have devastating consequences,” he said.

Acting Assistant Commissioner Dale Pointon said the initiative had the potential to reduce danger for bicycle riders on Queensland roads by improving awareness and enforcement of Safe Passing Laws.

“This new officer training will raise awareness around road safety for bicycle riders, including the detection and investigation of related offences,” Acting Assistant Commissioner Pointon said.

“In 2017, eight bicycle riders died and 390 were hurt or seriously injured in crashes on Queensland roads.

“With police and the community working together, and taking on board vital safety messages, we have the ability to make our roads safer and minimise these numbers.

“We all need to be aware and considerate and share the road safely.”

“There have been 166 lives lost on Queensland roads this year – shattering the hopes and dreams of our family members and friends,” Ms Savage said.

The QPS is committed to increasing awareness and law enforcement effectiveness to encourage all Queenslanders to be safe and considerate road users.

Drivers and riders must be respectful and mindful of other road users and should always act in a manner that ensures the safety of themselves and others.

During Road Safety Week, road users are urged to consider their own behaviour and to take this opportunity to refresh their own knowledge by joining discussions and attending organised events. 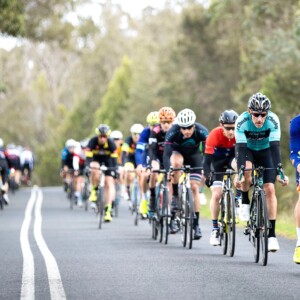