UPDATED: Mainstream media outlets have picked up on coverage of the petition calling on States to better-police minimum passing distances.

Online titles the Sydney Morning Herald, Brisbane Times and Daily Mail have recently published articles highlighting the five Sydney suburbs where more than one safe passing infringement has been issued since 2016. The areas were Sydney city with 6 incidents, Frenchs Forest with three, and Surry Hills, Northmead & Kensington recording just two infringements each.

Sydney-based Dave Maywald is encouraging as many riders as possible to share and sign the petition that has now been signed by more than 3000 people, and he hopes the latest surge in publicity will help achieve positive social change.

“Freedom of information has come flowing out of NSW Police, an it’s not pretty for road safety,” he said.

“In the first year after Minimum Passing Distance was introduced there were only 33 fines given to drivers for this offence, compared with 8,586 fines to cyclists for helmets/footpath/lights/etc – including 463 for not having a bell. Apparently it’s 26,000% more important to discourage cyclists than to penalise motorists.”

David said since the introduction of safe passing laws (1m up to 60kp/h and 1.5m in areas posted over 60kp/h), annual fines issued have actually fallen from 33 in the first 12-months to a measly 28 in the last 12-months.

“There’s no evidence of learning effects or improved processes, in fact the Police ‘go slow’ has worsened,” he said.

“Unbelievably there have only been eight fines in all of Greater Western Sydney during the two and a quarter years since safe passing laws were introduced – and this includes the Blue Mountains and Hawkesbury regions. This area encompasses more than two million people, almost half of Sydney’s population and almost 1/3 of NSW’s population, but less than 1/8 of the infringements have been in Western Sydney.”

David said it’s no wonder many cyclists are taking matters into their own hands – fitting video cameras to their bikes, posting dangerous close pass footage to social media, and even building their own Close Pass Detectors.

“The Government and Police have let us down, and they aren’t even applying their own law,” he said.

“Please encourage all of your family, friends and contacts to sign the petition for Safe Passing Distance. Share it widely with your network in other cities, towns, and states. With 3,300 supporters in just over two weeks, we’ve built up significant momentum … Let’s capitalise on that and keep pushing for change.”

Earlier: In a little over a week close to 2600 people have signed the petition calling on governments to proactively enforce minimum passing distances (MPD’s), as an essential measure for improving road safety in Australia.

The petition is being pushed by David Maywald and Sydney’s respected Dulwich Hill Bicycle Club. David says while the purpose of these rules is to reduce injuries and deaths to bike riders, the laws are hardly being enforced.

“In practice, the burden of evidence and prosecution has fallen onto the victims of dangerous close passes,” David told us.

“This is grossly unfair!,” he continued. “Grass-roots campaigning depends upon the goodwill and generosity of other people. Our thanks go to you for helping to make positive social change.”

What Can I Do Next?

Have Your Say – We Are Keen To Hear Your Thoughts On The Policing Of Minimum Passing Distances. 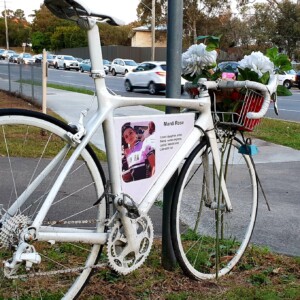 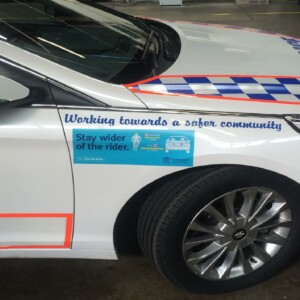