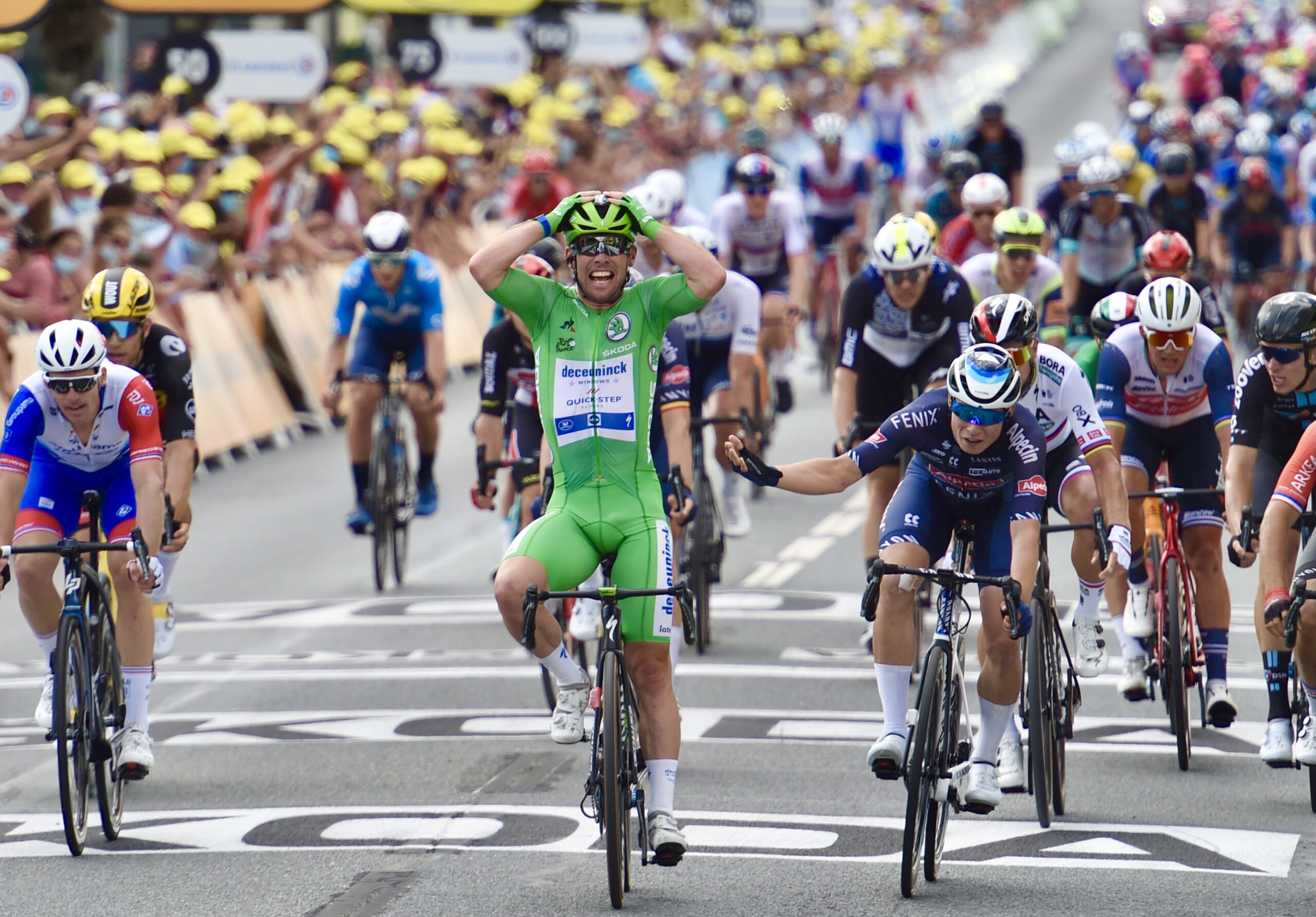 Had the this year’s Tour ended after a week it would have been known for all the wrong reasons. What was going on – or more precisely, wrong – in France and why, wonders Anthony Tan?

We saw some spectacular stuff at this year’s Tour. But for opening week, it was often spectacular in a bad way.

A massive pile-up during the first stage in the northwest French region of Brittany was caused by a spectator holding a cardboard sign—“ALLEZ OPI OMI!”, a blend of French and German which translates to “Go grandpa grandma”—who was looking at the TV camera rather than a pack of 180-odd riders hurtling towards her.

Tony Martin, a key lieutenant for pre-race favourite Primož Roglič, bore the brunt of the impact, though miraculously got up and survived the next nine stages before succumbing to injuries. “This message is for the people who think that the Tour de France is a circus, for the people who risk everything for a selfie with a 50kph-fast peloton…please respect the riders and the Tour de France,” the German, on the day of his crash, wrote on Instagram.

“Use your head or stay home!”

Dozens more were involved including Movistar’s Marc Soler, who abandoned after riding the remaining 45 kilometres with two broken hands: “I don’t know what to do, [but] I think I will sue the spectator because it’s a whole Tour thrown away and I feel a lot of anger,” he said at the time.

“All that preparation has gone into the bin.”

After fleeing the scene—who could blame her? She must’ve been the country’s most wanted person!—French authorities found, arrested and charged the 30-year-old Breton woman with two offences: ‘endangering others through a manifestly deliberate violation of a duty of prudence or safety’ and ‘involuntarily causing injuries that lead to an inability to work for up to three months’.

A court in Brest will judge the case in October, with a fine up to €1,500 (A$2,373) pending their decision. It certainly cost some riders and teams far more in lost earnings. Not just the €2,228,450 total prize-money that was up for grabs: it’s a rider’s potential to negotiate a increased salary, find a new team, or keep their current job—or in a team’s case, keep their sponsor happy or find a new one, as well as maintain their place in the WorldTour.

The same stage, with 7.5 kilometres left to race, a touch of wheels brought down four-time champion Chris Froome among others, who finished more than 14 minutes in arrears.

Two days later, on Stage 3 and still in Brittany, another former winner in Geraint Thomas was involved in a crash along with Robert Gesink, another team-mate of Roglič, who abandoned shortly thereafter. Several more crashes in the final 10 kilometres saw Roglič himself and another two GC leaders, Miguel Ángel López of Movistar and Jack Haig of Bahrain-Victorious, come unstuck. Riding his first Grand Tour as a team leader, Haig left La Grande Boucle with a broken collarbone.

“If we don’t change, we’ll have deaths.”

“We’ve been talking about this for years, but now we have to find solutions. We can’t go on like this, it’s not cycling anymore,” said Madiot. “The bend with 150 metres to go…What state is Caleb Ewan in? And the others? So we have to change, we have to be able to say that it’s not working anymore.”

Madiot suggested a few things to make it safer: “Maybe we need to adapt the equipment, maybe we need to remove the earpieces. But it has to be done. If we don’t change anything, we’ll have deaths.”

“Just looking around in the peloton, I can’t remember seeing so many injured riders,” Froome, who eventually finished 133rd, more than four hours adrift of Tadej Pogačar, said a few days after his tumble.

The next stage, a flat run to Fougères, as the riders reached kilometre zero, the entire peloton stopped for a minute as a form of protest in the aftermath of the crashes. But the damage was done, and somewhat ironically on a day for the sprinters where the fastest twitchers risk life and limb, no-one crashed and none abandoned as Mark Cavendish took his first of four stage victories, where he now sits equal with Eddy Merckx on 34 scalps apiece.

Did the first three days affect the GC outcome?

Absolutely it did. Last year, Roglič led the race till the penultimate day and this time around looked the only one who could seriously challenge Pogačar for the maillot jaune. Halfway through and with The Rog out it was clear the others were racing for second. It changed how they raced. The Pog may still have won, but like the July previous,
it would’ve been great to see a fight to the death between the two Slovenians.

As for the sprints and green jersey, the absence of Ewan certainly created an opening for the resurgent Cavendish. With a pair of stage wins at the Giro and the Tour of Belgium, the Aussie was the in-form sprinter coming into the Tour and his whole team was dedicated to the cause. But as three-time green jersey winner Robbie McEwen observed during this year’s broadcast, the organisers should not take all the blame for what was a touch of wheels under extreme duress and, of course, speed.

Reuters journalist Julien Prétot, who has covered more than a dozen Tours, said the number of traffic islands, roundabouts and speed bumps in France have multiplied by a factor of six in the last 25 years. The road furniture was designed to control traffic at 30kph—not a rampaging Le Tour at 60-70 clicks.

“No one uses their brakes”

Furthermore, the region of Brittany is characterised by narrow, winding roads and is sometimes referred to as “the Yorkshire of France”, where the Tour began in 2014. Total Energies manager Jean-René Bernaudeau referred to the situation as “two worlds colliding”: “Conditions are [technically] harder in the Flanders classics but there are less crashes because the riders taking part are used to it and they are trained for it,” he
told Reuters.

“The route is not responsible for the crashes. It’s just that you don’t need the whole team to protect your leader and put him in front. One or two are enough. On the Tour the stakes are so high.”

Bernaudeau added that COVID compounded the already stressful milieu. “They’ve been riding like the season could end eight days later because of the pandemic. It’s made them super-stressed. COVID brought a lot of tension.”

“It’s the only race of the year that no one uses their brakes,” quipped Jonathan Vaughters, team manager of the American EF Education-Nippo outfit.

“Last year was an exceptionally safe Tour. But this year seems to be back to normal,” he said when the race was in Brittany.

For the record, out of the 184 who started, 140 made it to Paris, making for an attrition rate of 24 percent—a few points above the average completion rate of 79 percent, the highest of the three Grand Tours. 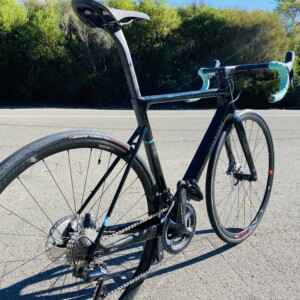 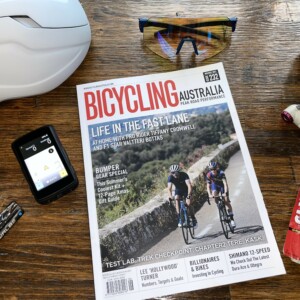