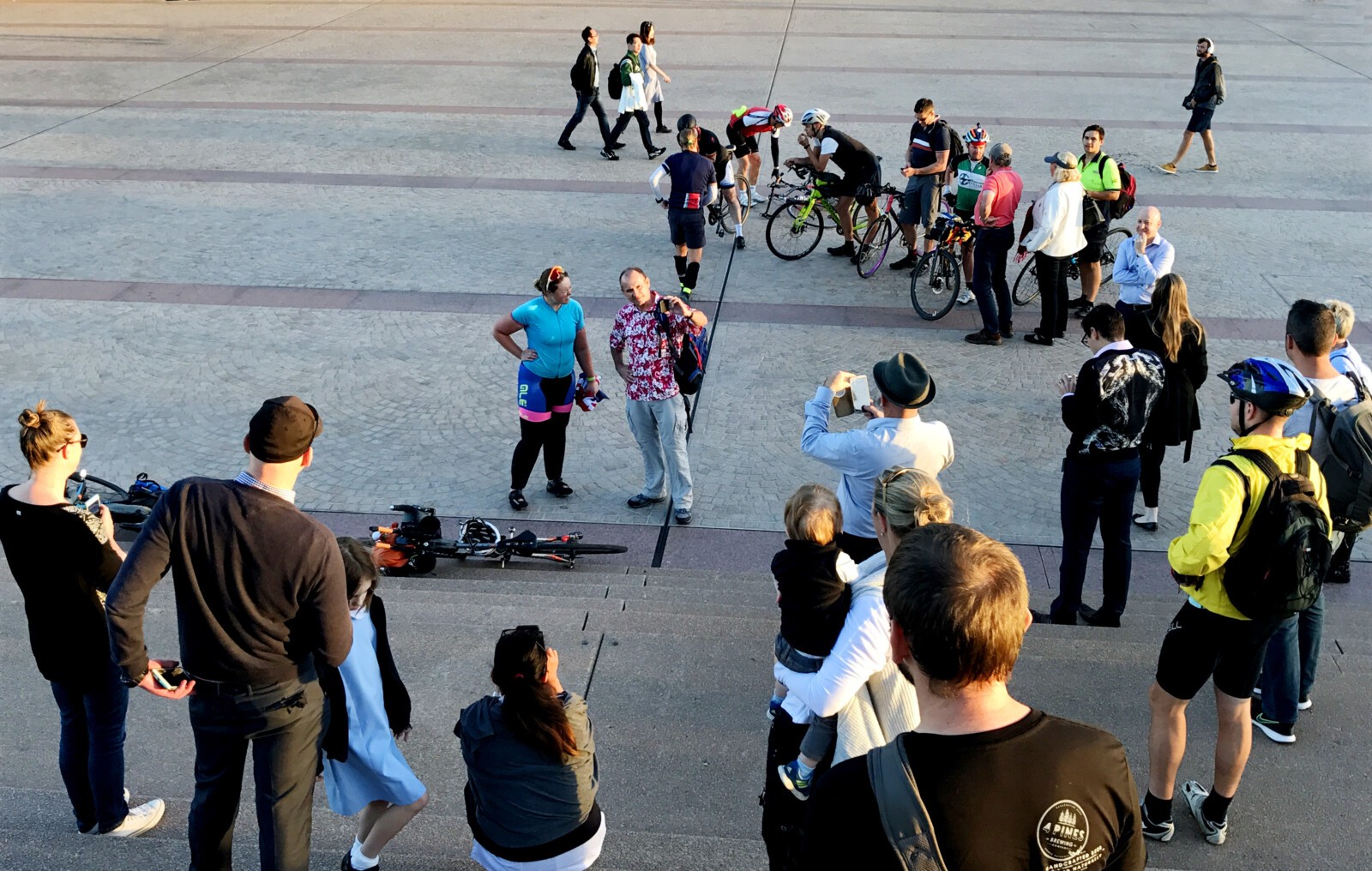 A bittersweet chapter in Australian cycling history has come to an end as the final remaining riders of the Indian Pacific Wheel Race rolled into Sydney late Friday afternoon.

Christie Hamilton, the popular cyclist from Bright in Victoria, was escorted from Cooma by fellow IPWR competitors Michael Crutch and Ben Cadby, aka Crutchy & Mango Rider.

“You can’t be happy all the time – If you’re sometimes unhappy you get to have awesome highs. I’ve had 7 flats and 2 broken spokes since Bright … There was one day I was really fantasising about hitch hiking. I thought through quitting, before I started, and the strategy was if I wanted to quit I was to go to a town and eat and sleep for 24 hours before telling anyone.”

Those who’ve followed Christie’s journey know there was no way she was ever going to quit. Determined to complete the 5470km adventure, she duly received a hero’s welcome as the sun set over a sparkling Sydney Harbour on a glorious Friday night.

On behalf of Bicycling Australia readers we thanked Christie for inspiring and motivating so many people over the past 5 weeks.

“I hope they do something with that inspiration,” came her reply. “Don’t just be inspired, go and do something rad,” she added.

Bicycling Australia will have a full video interview with Christie Hamilton along with other riders we spoke to at the Opera House, Ben Cadby and Lochie Kavanagh on our YouTube channel over coming days. 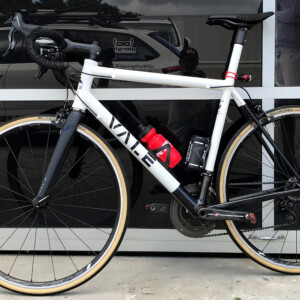 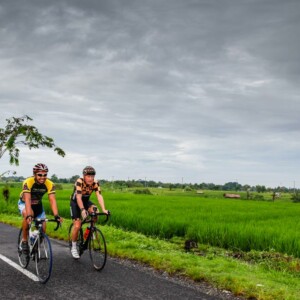