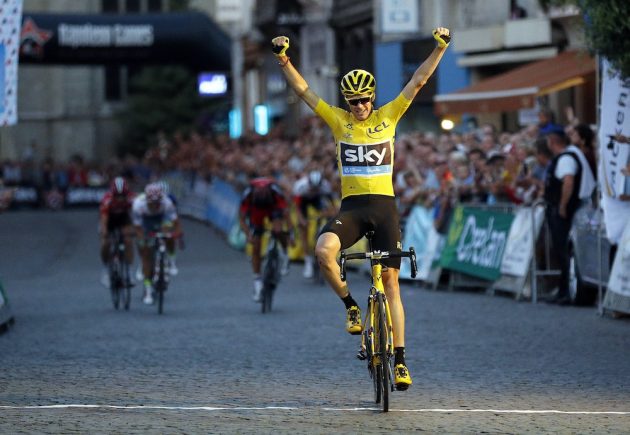 You’d think the morning after winning the Tour de France, Chris Froome might deserve a sleep in. As if riding 3529km over the past three weeks wasn’t enough for him, Froomey backed up less than 24-hours later to win the first of the post-Tour criteriums. 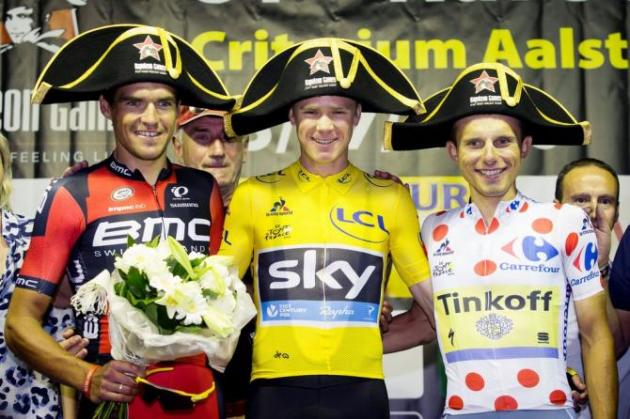 Racing 75km over 50 laps of the cobbled streets of Aalst in central Belgium, Froome put in a strong performance to take the win by a comfortable 200m in front of a thrilled local crowd.

With a genuine excuse for arriving a few minutes late for the event, Froome rode a lap of honour before the race got underway.
Sponsored by ‘Napoleon Games’, Froome donned a giant hat and was given a huge Belgian beer following his first post-Tour win. 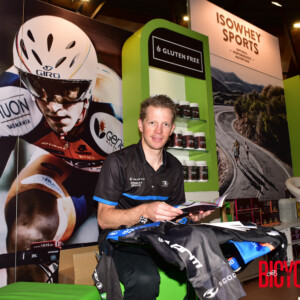