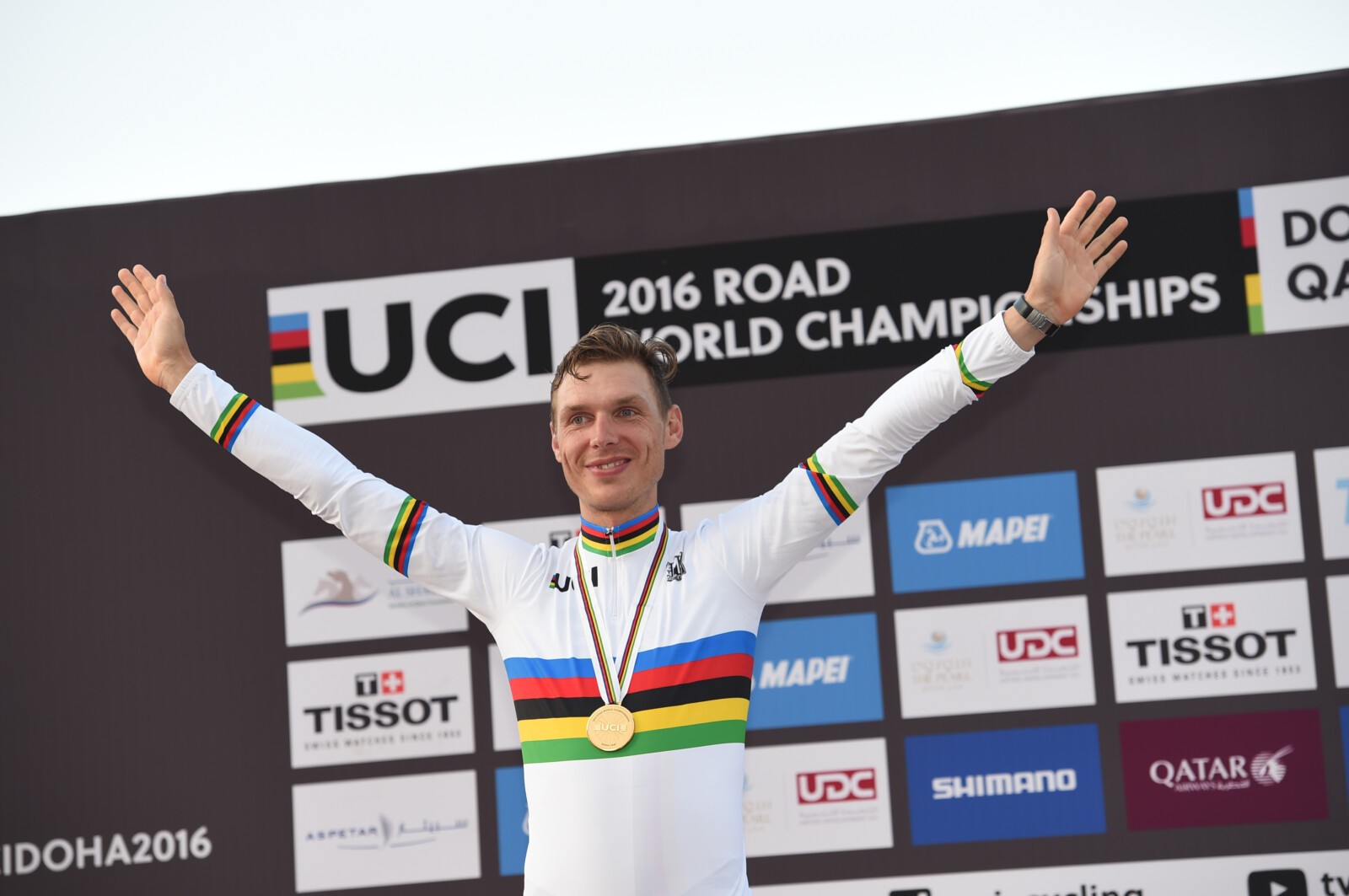 Having worn the ITT Rainbow Jersey in 2011, 2012 and 2013, Martin finished more than 45 seconds ahead of defending champion Vasil Kiryienka of Belarus and more than a minute in front of Spanish rider Jonathan Castroviejo.

Rohan Dennis, one of the pre-race podium favourites, finished 6th.

“I didn’t have it today,” said Dennis. “My power was 30 watts less than what I did on Sunday [in team time trial]. It’s been a long season.”

But the day belonged to Tony Martin who put in a pedal-perfect ride to claim his second medal of the 2016 World Championships after Sunday’s Team Time Trial win by Etixx-Quickstep.

“After taking the gold medal with the team, to win the rainbow jersey in the individual time trial is just the icing on the cake,” Martin said.

“I was a bit scared by the heat at first, but having a good preparation here in Qatar helped me cope with it. I rode without any pressure, was focused only on what I had to do, and not on my rivals, and to come out on top is really incredible. I haven’t had a great year up until this point, but to win two world titles in the space of just four days makes up for everything”, said Tony Martin, now one of the two riders to have four victories at the World ITT Championships.”

The 2016 World Championships continue with the Elite Womens’ road race on Saturday then the Elite Mens’ event on Sunday. 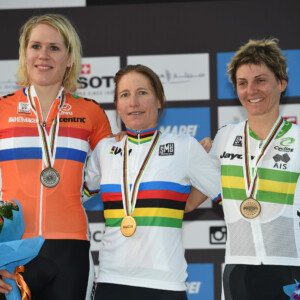 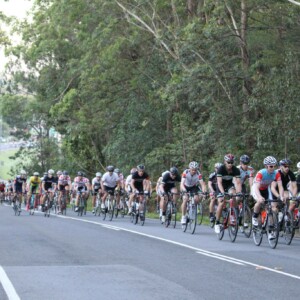