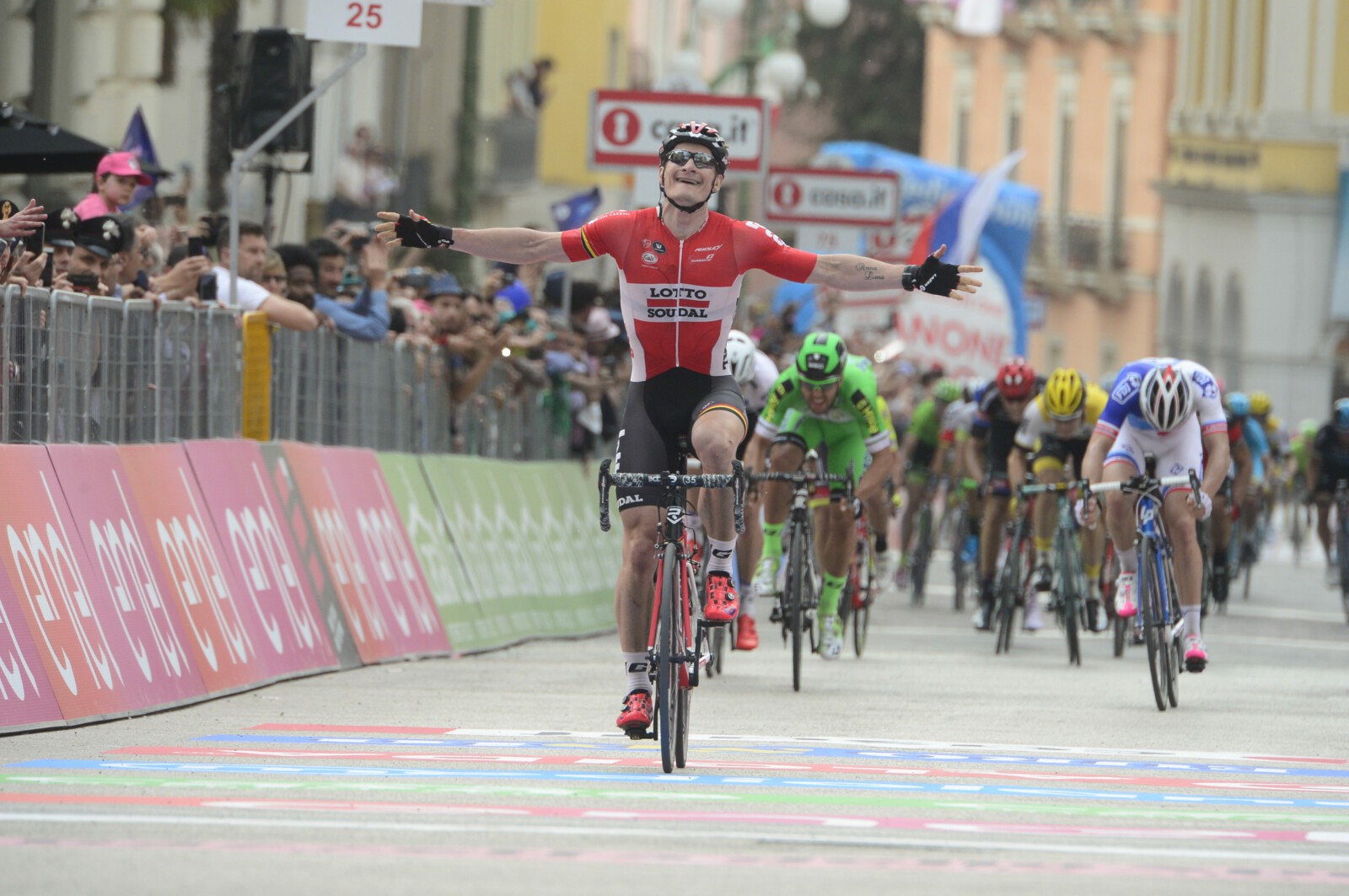 As the race entered the final circuit of the town of Benevento Marcel Kittel was distance by the peloton, leaving the sprint finish open to anyone. Andre Greipel from Lotto Soudal took advantage of a sleeping leadout line and put a huge distance between himself and second placed Arnaud Demare (FDJ).

The tough 233km stage rolled its way from Praia a Mare on the coast and featured a number of small inclines, however none of them were enough to upset the field. An early breakaway included Daniel Oss (BMC), Alexander Foliforov (GAZPROM), Amets Txurruka (ORICA), Pavel Brutt (TINKOFF) that gained just under seven minutes of time on the peloton. Oss washed out on a bend that ended his time in the breakaway.

Australian Jack Bobridge (TREK) had a spill trying to avoid another rider at the back of the bunch.

A Katusha rider went down with 1.7km to go it disrupted the riders but Greipel jumped out of the lead out train with about 200m to go and distanced himself from the chasers to take the victory. Greipel has won at least a stage in every Grand Tour he has featured in since 2008 and shows his consistent sprint form. Young Australian sprint talent Caleb Ewan riding for Orica-GreenEDGE finished 9th on the stage and now sits one place in front of Marcel Kittel in the GC after yesterdays stage.

The 157km stage from Ponte to Roccaraso will test rider’s form coming into the second category climb at the end of the day for a summit finish. It is the first mountain finish stage in this year’s Giro. 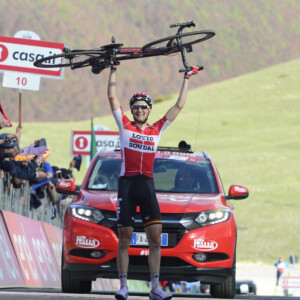