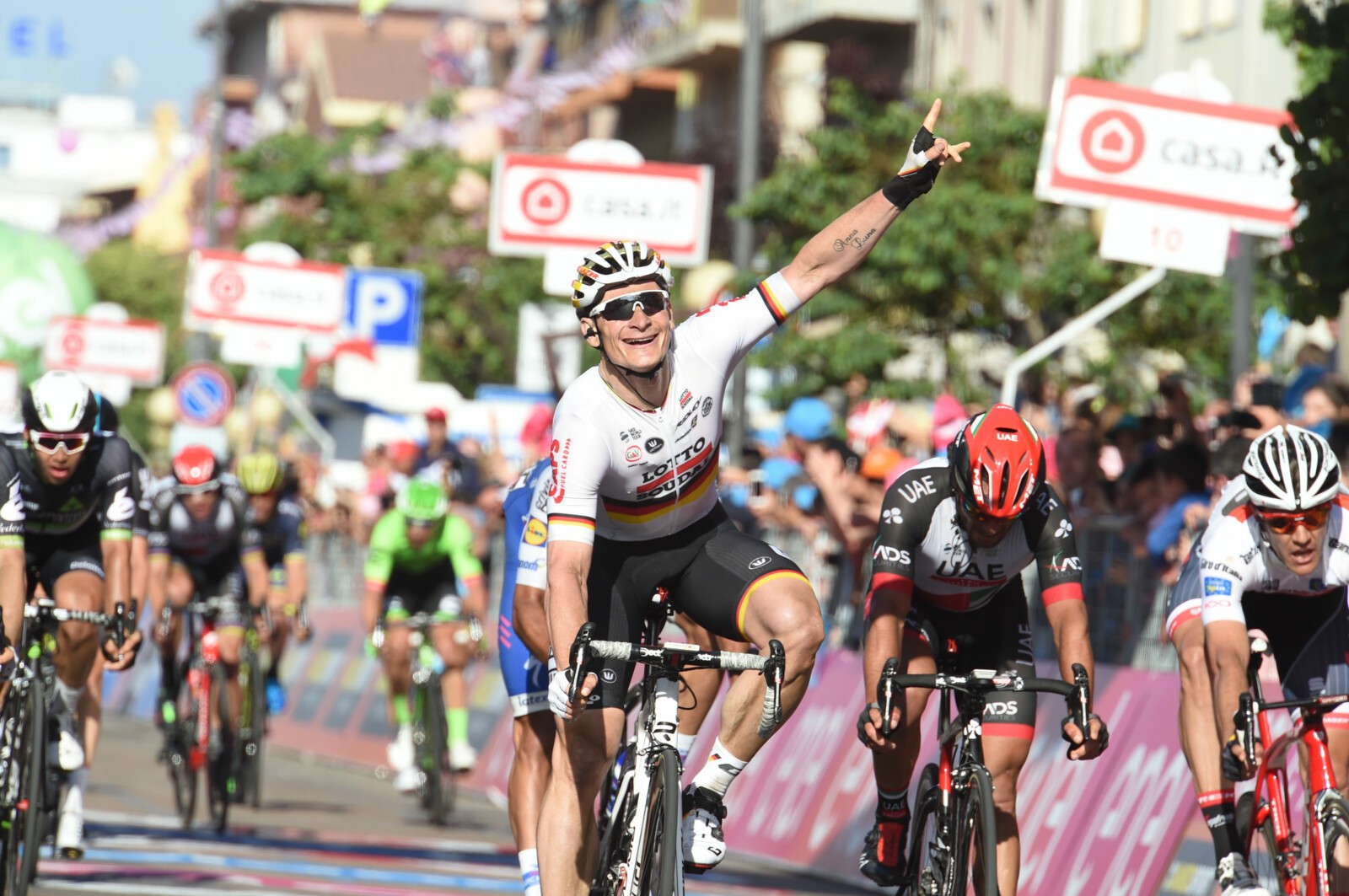 André Greipel has claimed a stage win and the pink jersey after outsprinting Roberto Ferrari and Jasper Stuyven at the end of a fast and furious Stage 2 of the Giro last night.

Up there as a favourite and looking a red-hot certainty to take the win, it was disaster for Aussie sprinter Caleb Ewan who finished 9th after losing contact with his left pedal in the closing stages of the sprint. Shattered by his misfortune, Ewan said he was devastated but also thrilled to be “up there with the top guys.”

A stage that featured more than 3,000m of climbing, it was not one that suited the sprinters. It seems they missed the memo on that one – the bunch catching a break of 5 riders with 30km to go, a thrilling high-speed descent of the final mountain then rocket-fast finale in the town of Tortoli.

With Ewan out Greipel took the win with ease. For the first time in his long career, ‘the Gorilla’ moved into the lead of a Grand Tour. He’ll be in the Maglia Rosa for the third and last day of the Giro100’s visit to Sardinia.

‘Childhood Dream’ For ‘The Gorilla’

“It was a childhood dream to wear a jersey like this,” Greipel said after the finish.

“I dedicate this victory to all the people who are helpful to me and particularly to my mother who is having difficult times at the moment but she’s a fighter. We’re all fighters.”

Andre Greipel At The Giro 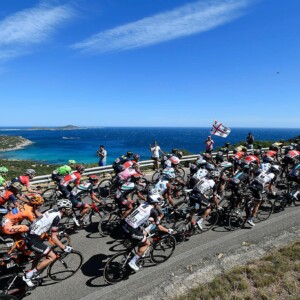