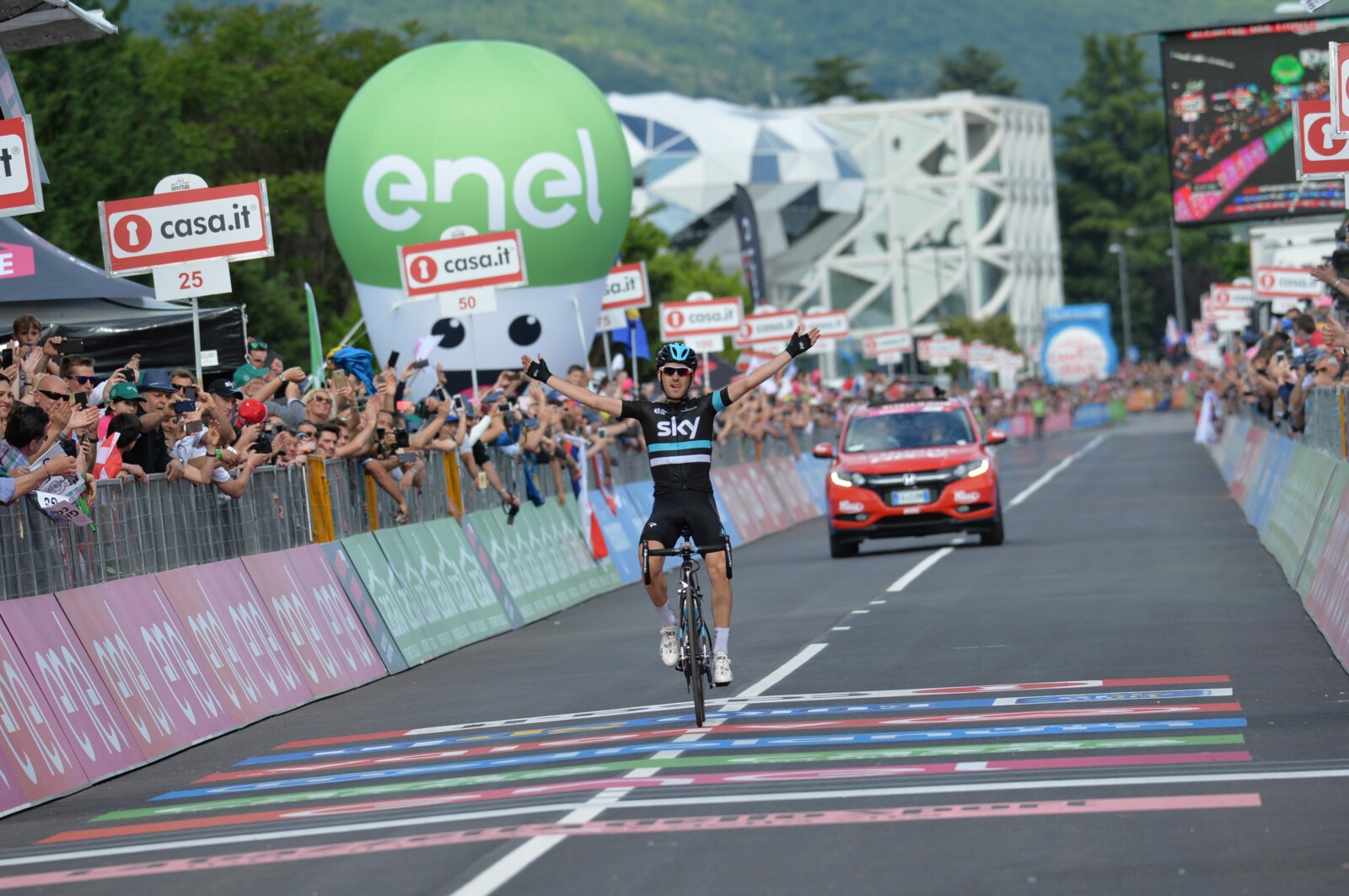 170km of racing laid ahead for the peloton with 2 categorised climbs on Stage 13.

Many riders tried their hand at putting the peloton under pressure but it wasn’t until the first intermediate sprint that anything became permanent. A break of 30 had many of the GC contenders wrapped up in the bunch on the first climb of the day.

It was on the penultimate first-category climb on the Cima Porzus that Mikel Nieve from Team Sky snapped the tether and escaped, ultimately taking the stage win after his solo performance. This Giro will be one Team Sky might wish to forget, after their GC contender Mikel Landa abandoned the race and until now had failed to claim a stage victory.

The Maglia Rosa slipped out of the hands of Bob Jungels as he slid out the back of the attacking group on the final climb. He now hands it over to his previously second-placed rival, Movistar rider Andrey Amador. Jungels moves back into second place on the GC list by 26 seconds.

Over the last 150km of this Queen Stage across the Dolomites, there are six passes to be climbed, for a total rise and drop of 4,700m (out of 5,400m). The route runs across the Val Cordevole along well-surfaced roads, all the way to Arabba. Here, the route clears Passo Pordoi, followed by Passo Sella and Passo Gardena (with not even a single flat metre in between), and heads for the first pass over the finish line in Corvara (intermediate sprint). The road then climbs up Passo Campolongo, Passo Giau (the harshest climb of the stage, with an average 9% gradient, and peaks of more than 10-12% over the first kilometres) and Passo Valparola, which leads to the final 5km. All climbs and descents feature many hairpins and a few narrow urban crossings.

The last 5km run mostly uphill. The route clears Muro del Gatto (360m, with gradients ranging from 13 to 19%), and then drops down into the trunk road leading to Corvara, still climbing slightly (average slope: 2-3%). The last bend is 150m from the finish line and the home stretch, on a 6m wide asphalt road, has a mild uphill gradient. 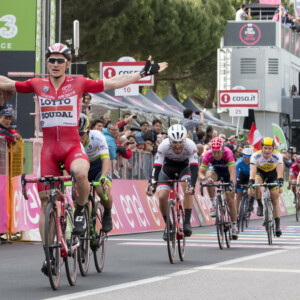 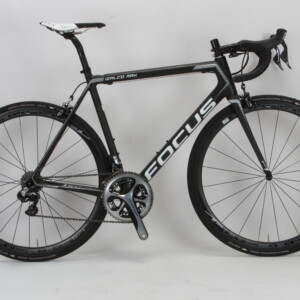