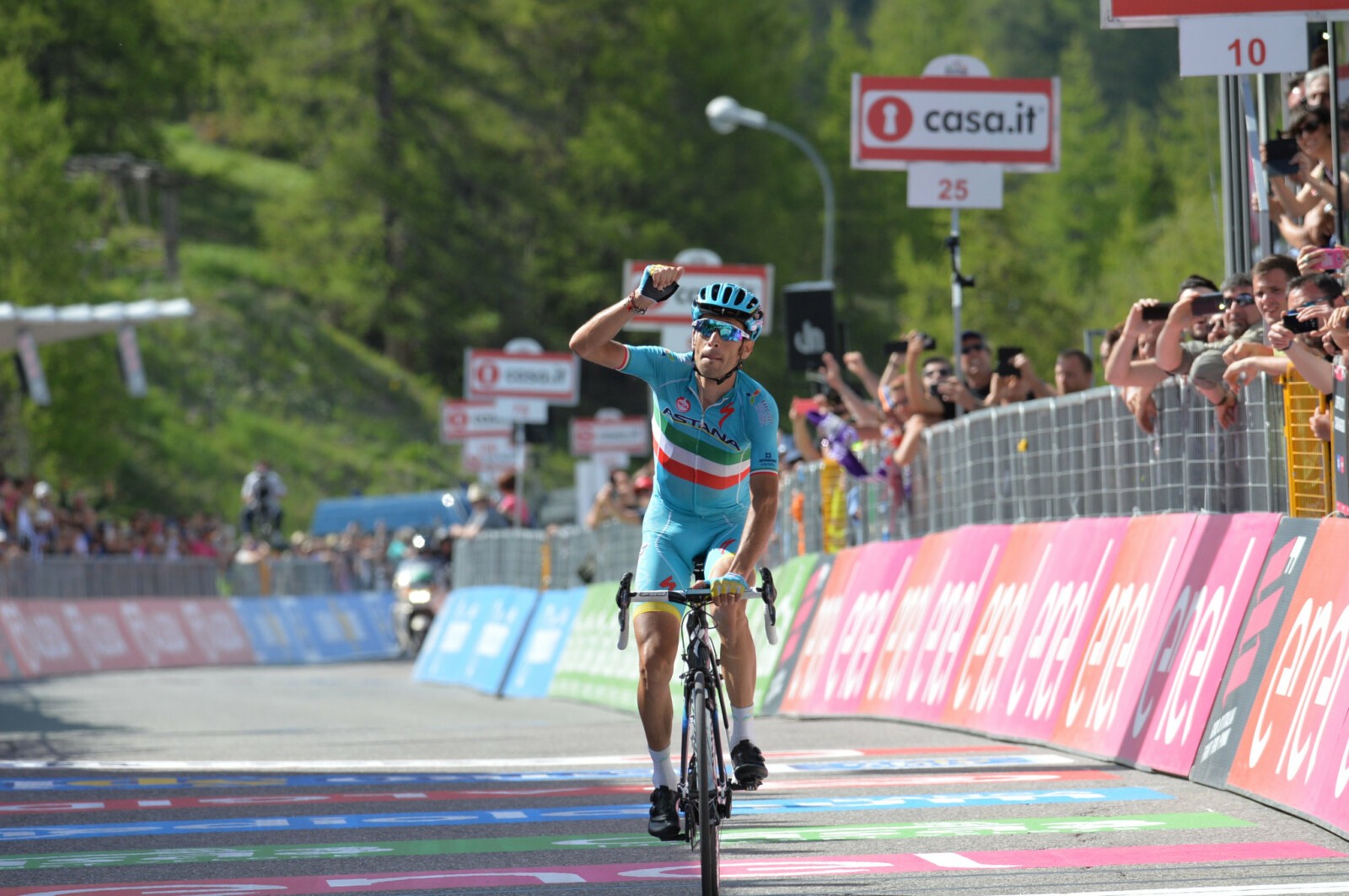 When riders left Pinerolo for the start of Stage 19 they couldn’t have even dreamt up a finish as breath-taking as this.

As the peloton navigated the snow covered mountain tops up the infamous Cima Coppi, Michele Scarponi took the honours over the top of the climb before the descent started.

Esteban Chaves set the pace of the GC group where only the strongest surfaced for the final battle to the line.

It was on the Colle dell’Agnello where race leader Steven Kruijswijk plowed into a bank of snow that towered over the road and sent him head first over the bars and onto his back on the road. He had damaged his bike and lost a minute on the chase.

Chaves and Nibali powered on without hesitation as they caught the breakaway group and Nibali served his own set of attacks.

In the final kilometers Nibali knew he had new race leader Chaves on the rivet and one more effort allowed Nibali to go out solo for the stage victory.

Kruijswijk would lose his grasp on the Giro lead as the 26-year-old Columbian riding for Orica-GreenEDGE took the lead.

Nibali resurrected his Giro dreams as he moves into second place on the GC, with only a 44 second deficit behind Chaves.

This short stage across the Alps features a remarkable 4,100m rise and drop in as little as 134km, with a sequence of four climbs and three descents – with no flat stretches in between. The route climbs up Col de Vars (19km), Col de la Bonette (22km), Col de la Lombarde (20km) and the final 2.3km leading to the Sant’Anna Sanctuary. The road is wide and well-surfaced along all of the climbs (mostly above 2,000m), with many hairpins. The roadway only narrows along the technical descent from Col de la Lombarde, all the way up to the last 2.3km.

The route climbs steadily over the last 2,300m, with gradients ranging from 9% to 11%. The road is quite narrow, with a few hairpins. The last few hundred metres of the route run among the Sanctuary’s buildings, with short uphill stretches and tight bends. The home straight (50m) is on a 6m wide asphalt road. 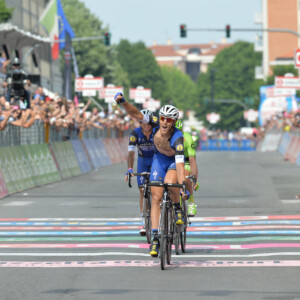 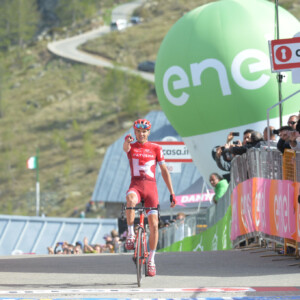