Rein Taaramae of Katusha cut his team’s loses on the finish line of Stage 20 after the Katusha team leader Ilnur Zakarin crashed out on Stage 19 in a horrific overshoot on one of the decents.

Not to take away from Taaramae’s stage victory as he stomped his way forward within the final 3km to distance himself from the leading group and ultimately take the stage win, but the race behind him for the general classification raged on between Nibali, Chaves, Kruijswijk and Valverde.

Nibali put the pressure on after his teammate Michele Scarponi lead a group of eight elite riders up the road. It was only Chaves and Valverde who could match the speed of Nibali’s break but Chaves withered away and looked to be in trouble. Nibali only needed 45 seconds to inherit the Maglia Rosa and he put his heart into it, cresting the final climb to the line over a minute and a half in front of Chaves who narrowly missed out on his first Grand Tour win.

After 82 hours and 44 minutes in the saddle, all it came down to was 52 seconds between first and second on the General Classification list. That takes Vincenzo Nibali’s Grand Tour wins to four now, with two of those being at the Giro d’Italia.

The clock stops for the general contenders now which puts Nibali in pink tomorrow, but the fight is over.

The route starts in Cuneo, runs through Borgo San Dalmazzo and then heads towards Torino, leaving Cuneo to the south-east. The stage course runs along wide and straight trunk roads across the plain, all the way up to Torino, where a final circuit is to be covered eight times.

The final 7.5km circuit runs almost entirely along the right bank of the Po River. After passing over the finish line, the route runs around the Chiesa della Gran Madre and then tackles the only short climb of the stage (to be ridden eight  times), leading to Villa della Regina (750m, with gradients ranging from 4 to 6%, with a short 8% stretch at the summit). Next, a fast-running descent leads into Corso Moncalieri, and then to the other bank of River Po. Here, the route passes under Ponte Balbis, enters Parco del Valentino and runs across the park up to the red flag. In the last 1km, two bends before and after Ponte Umberto I lead into the 600m long home stretch, on an 8m wide asphalt road. 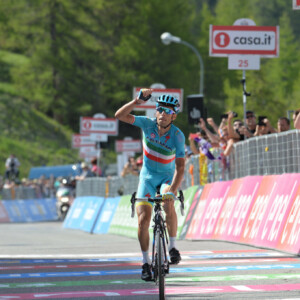 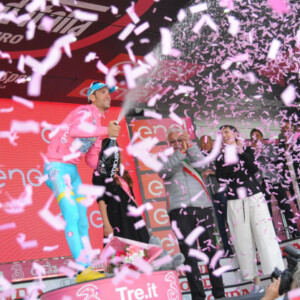