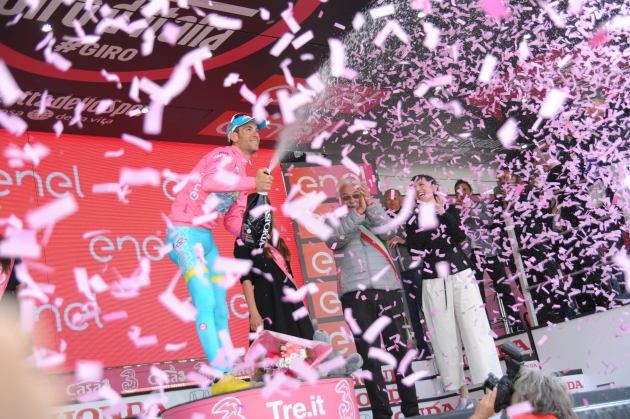 After a chaotic Stage 21 to end the 99th Giro d’Italia Vincenzo Nibali still had a positive attitude toward the finale, “It was a wonderful stage with fantastic crowds and it was great throughout the day. Unfortunately, there was a little bit of rain at the start. I couldn’t be happier with how the Giro d’Italia has ended here in Turin.”

Mared by crashes late in the day and a dissapointing finish for Giacomo Nizzolo (Trek-Segafredo) after he was relegated for altering his sprint line to cut off Sacha Modolo (Lampre-Merida) on the line.

Half an hour of deliberation by the judges ruled that Nizzolo, who was attempting to break his stage win drought, had purposely shut the door on Modolo before the line, awarding Nikias Arndt (Giant-Alpecin) with the biggest win of his career as he was next across the line behind Nizzolo.

After 86 hours 32 minutes and 49 seconds in the saddle across the 21 stages and some 3,383km of roads, Vincenzo Nibali from the Astana squad claimed his fourth Grand Tour victory by just 52 seconds over second-placed Esteban Chaves.

Nibali had just one stage win under his belt on the penultimate stage after suffering what was previously described as a dissapointing Giro campaign by some of the Italian media reporting on the race. With mechanical misfortune and a stomach illness he failed to make his mark before Stage 19. However, he was able to crawl back when it counted.

Steven Kruijswijk (LottoNL Jumbo) held the lead for the longest with five consequtive stages before an untimely crash on Stage 19 between Pinerolo and Risoul. He finished fourth in the GC only one minute and 50 seconds of the pace.

Esteban Chaves, the 26-year-old Columbian from Orica-GreenEDGE definetly proved his worth as a GC contender as he waivered just under the top spot and coming so close to taking the overall victory, he was still in good spirits about the whole race teased that it was just the start of something better. Chaves took a stage win on day 14 between Alpago and Corvara.

Bob Jungels from Etixx-Quickstep had an awe-inspiring race too, finishing sixth on the GC list and in the White ‘Young Riders’ leaders jersey. At 23 years of age he mixed with the biggest names in cycling and even got himself into the pink leaders jersey for three stages of the Giro.

Throughout the Giro we watched stage winner Tom Dumoulin stun the world with some impressive results before retiring from the race due to illness. Marcel Kittel briefly wore the leaders jersey, as did Gianluca Brambilla (ETIXX) and Andrey Amador (MOVISTAR).

Have a scroll through the gallery above to relive the Giro all over again. 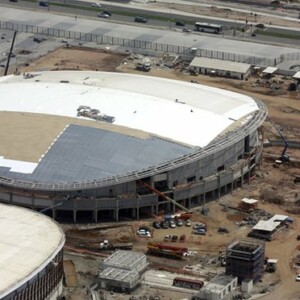