The Cycling Promotion Fund (CPF) has welcomed the announcement that a Shorten Labor Government will invest $1.25m to fund the national cycling strategy and the Australian Bicycle Council.

The commitment complements the Shadow Minister for Cities announcement in March at the Sydney Institute on sustainability requirements for all major transport projects to ensure walking and cycling options are included.

Speaking from the Greenway in Sydney, the CPF’s Stephen Hodge said ‘It’s time the choice of 4 million Australians who cycle each week is taken more seriously.

‘Funding the national strategy is a key element needed to make the choice to ride a bike accessible, convenient and safer,’ said Hodge.

‘Australia is faced with congestion that cost $16.5bn to the economy in 2015 alone, and a crisis that sees 14,000 deaths each year attributable to physical inactivity.

‘The economic case for investment in active forms of transport is clear and must be front and centre of every decision taken when Governments fund major transport projects, especially in our cities.

‘Currently, around 4 million Australians cycle each week and 36% ride a bike throughout the year – this is a massive opportunity for our next Government provided there is investment in infrastructure that reflects the choices made everyday by those 4 million kids and adults across the country.

‘We call on all parties to recognise the choices already being made by so many Australians to cycle and fund not only the national strategy, but also the infrastructure investments needed to make cycling accessible, safe and convenient again,’ said Hodge.

“The Australian bicycle summit calls on the government to invest in Australia’s future by enabling more people to ride their bikes every day through an infrastructure investment of $10 per person per annum.

This was the official statement that was made to the Minister, attending Members of Parliament, industry and guests after the Australian Bicycle Summit in March. 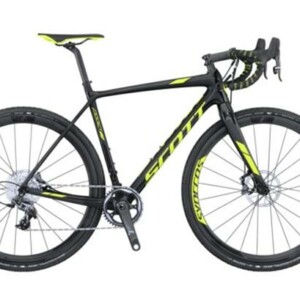