As the Giro heads uphill it also draws itself towards it’s last few stages. A change of hands for the Maglia Rosa leaders jersey and a furious battle for control at the head of the race has had our Australian entrants from a number of teams working for their General Classification rider.

The Columbian Estaban Chaves currently sits in second position on the GC list for the Australian owned Orica-GreenEDGE team, with his teammate Damien Howson in 48th place after Stage 16. Chaves has been relying on his team throughout the race and the majority of those riders have been Australian.

The remaining few Aussie in the Giro are Simon Clarke (Cannondale) in 76th, Adam Hansen (Lotto Soudal) in 92nd, Rory Sutherland (Movistar) one place behind in 93rd with Heinrich Haussler, Jay McCarthy, Michael Hepburn and Jack Bobridge to round out the Australian contenders.

The An Post Ras in Dublin Castle, Ireland got underway on Sunday May 22. The 8-Stage road race with a 2.2 Hors Classification has featured three young Australian riders predominantly in the top ten over the first three stages. Jai Hindley in 8th on the first day, Alistair Donohoe in 7th on Stage 2 and Lucas Hamilton in 5th on Stage 3. Hindley currently holds 2nd place in the GC only off the pace by 3 seconds, with Hamilton 10 seconds behind him in 8th position.

At the inaugural Tour de Flores in Indonesia that wrapped up on Monday May 23 Jai Crawford had a string of top ten finishes to secure him a 4th place in the final General Classification standings. An honorable mention goes to St George Merida rider Brodie Talbot with a 6th place finish on the final stage from Ruteng to Labuhan Bajo and a 7th overall on the GC. Wesley Sulzberger, Marcus Culey, Nicholas Wood and Timothy Cameron also finished the race.

On the Women’s front, Shara Gillow rode consitently as the best performing Australian at the Amgen Tour of California and ended up taking 29th on the GC standings with her best individual performance on Stage 1 as the 8th finisher. Lauren Kitchen, Nicole Meorig, Tiffany Cromwell, Kimberly Wells and Lauretta Hanson also rode commendably on the four-stage race in the US.

The Tour of Norway also came and went with Steele Von Hoff stealing the show on Stage 1 of the race. Von Hoff outsprinted the bunch after catching the daylong breakway that his One Pro Cycling team pulled back. A nasty final pinch with 3km to go couldn’t wear him down. As the bunch kick wound up Von Hoff sailed on through to take his first European win.

Finally, the Men’s Amgen Tour of California concluded on Sunday with some big names taking stage wins, like current World Champion Peter Sagan who dominated the Stage 1 and 4 finishes, Alexander Kristoff taking the Stage 7 win and Mark Cavendish claiming a stage victory on the final stage. Rohan Dennis set the quickest time of the ITT stage by 17 seconds, he ended up in 2nd position overall on the GC list by the end, getting pipped by Julian Alaphilippe from Etixx-QuickStep by just 21 seconds.

26-year-old Angus Morton has made his return to the professional realm of cycling on the same team as his younger brother Lachlan Morton who had a great result on Stage 3 of the race finishing in 7th position of the West Coast race. Jonathan Clarke also finished the 8 stages, along with Nathan Haas, Mark Renshaw and Christopher Williams. 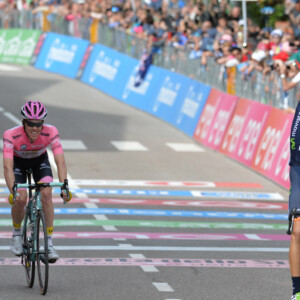 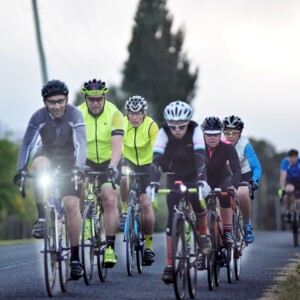