“This is one of the nicest starts to a race I’ve ever had,” Kwiatkowski said after donning the jersey. 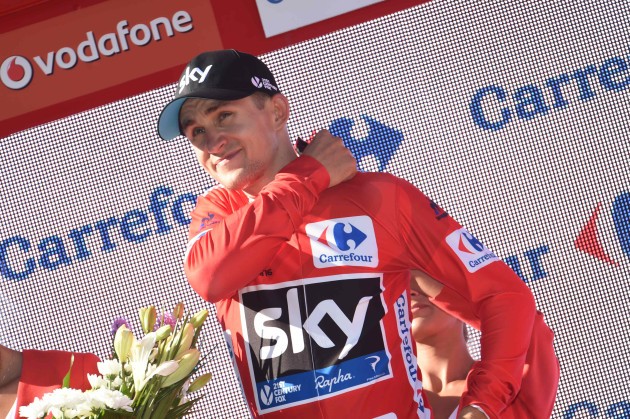 “Winning the team time trial is an incredible feeling, and I’m really thankful that afterwards I had the opportunity to go for the sprint. A few kilometres from the final, Pete asked me if I wanted to go for the sprint and I accepted this proposal.”

The racing steps up a notch tonight with Stage 3 featuring the first of many challenging mountain passes.

A 176 km stage, the first 100km is flat and calm. It later crosses into often windy terrain with two high peaks – the Alto de Lestaio and the Alto Das Paxareiras. The stage’s outcome will no doubt be decided in a short but very tough climb of almost 30% gradient. With close to 3,000 metres of vertical climbing in stage 3, it’s sure to be action-packed viewing.