Wiggins. Cavendish. Hoy. Pendleton. Whatever happens in Rio and beyond, Shane Sutton has already steered many of cycling’s biggest names towards gold medals, rainbow stripes and world records. But beyond his stellar coaching palmarès, Sutton was also a highly accomplished cyclist in his own right, known for his uncompromising approach and aggressive racing on road and track. “I don’t think I’ve ever met a more volatile person in my life,” once remarked a former teammate, Graeme Jones. “The amount of little scraps he’d get into. We’d be out on a training ride and if someone cut him up he’d be up for a fight!”

The younger brother of Gary, older brother of Steel and uncle of CJ, Shane Sutton was born in to what would become one of Australia’s most influential cycling families on 13 June 1957. One man who knows Sutton as well as anyone is Sonny Clissold, having trained him as a junior alongside his own son, John Clissold, also a national champion. “Gary was easily the toughest (of the Sutton boys),” Clissold explained in late 2014. “But Shane was smarter. In sprints I saw him grab the knickers of another bloke and pull them down under the seat. He was such a con man. A smart bike rider.”

Throughout the 1970s Sutton’s race smarts saw him build an impressive catalogue of results, including multiple state and national championships often with – and sometimes against – his older brother Gary. In 1978 the siblings travelled to Canada for the 1978 Commonwealth Games where they were part of the Australian quartet to win gold in the Team Pursuit.

Into the early 1980s Sutton was still competing on both road and track. In 1981 he placed 5th overall in the Herald Sun Tour and also recorded the fastest time in the Goulburn to Sydney Classic. Then, 1982 saw him win the Bendigo International Madison with Danny Clark, before the two crossed the Pacific to finish 1-2 against a star-studded field in the 100km US Pro Cycling Challenge in Baltimore. Sutton also lined up at the 1982 World Road Race Championships at Goodwood in England, but finished outside the top 50.

Sutton had another good year in 1983.This time teaming with brother Gary he defended his title at the Bendigo International Madison, took bronze in the Australian National Road Championships (a feat he repeated in 1984) and returned to the Goulburn to Sydney Classic finishing first and fastest. However, Sutton’s best result of the season came at the Herald Sun Tour where he won four stages on his way to claiming the overall GC riding alongside Neil and Brian Stephens. With further stage wins in 1984, 1987, 1988 and 1989, it was a tour that always brought out his best. Nevertheless on the other side of the globe another race had an even greater influence on his professional career.

For the best part of a decade Sutton delivered a string of outstanding performances in the famed British ‘Milk Race’ (these days known as the Tour of Britain). After finishing 3rd overall in 1986 he became part of history when selected for ANC-Halfords as it became the first British team to compete at the Tour de France in 1987.

Sutton’s character was to be sorely tested in France. By almost any measure the Tour was a disaster for ANC-Halfords, with two excellent books written by journalist Jeff Connor, documenting the team’s three-week tale of woe that saw only four of its riders finish, with none inside the top 70. Sutton had the honour of being first away in the 6.1km prologue through West Berlin, however that was as good as things got. He finished more than a minute down in the prologue in 202nd place, struggled on virtually every stage and after two torturous weeks withdrew on Stage 13 with the Pyrenees looming.

While far from the Tour he’d hoped for, Sutton gives much credit to the experience gained in 1987. “When I look back … none of the boxes were ticked,” he told Jeff Connor in the book, Wide Eyed and Legless. “Now I make sure I tick all the boxes in everything I do. I did learn a lot from that Tour.”

Bloody but unbowed Sutton returned to Britain and continued to play a key role as a highly respected team leader and domestique during the late 1980s and early 1990s. Repeating his earlier feats in Australia, he also finished 3rd in the 1993 British National Road Race behind former ANC-Halfords teammate Malcolm Elliott.

The ups and downs of pro cycling were perhaps no better illustrated than by the events surrounding Sutton’s famous overall win at the 1990 Milk Race when riding for the superbly named British team, Banana-Falcon. Suffering from knee tendonitis he only confirmed his starting place at the last minute. Sadly, a sore knee would become the least of his concerns as news came mid-race that his father Ted had passed away in Australia after a long struggle with emphysema. Sutton vowed to win for his late father, and he did just that.

By the mid-1990s Sutton’s professional racing career was drawing to an end. He transitioned into coaching with Welsh Cycling before being ushered into the ambitious British setup in 2002. The next decade would see him become an increasingly central figure in the golden age of British cycling, which culminated with his appointment as British Cycling Technical Director in 2014.

Following Great Britain’s outrageously successful Beijing Olympics, Sutton was asked to explain his coaching philosophy in an interview with the BBC. “I’m a can-do coach, I make things happen and I expect the athletes to also have that attitude. Our philosophy is to go faster than everybody else to kill off our opponent. We are British, we are bulldogs, we are warriors and fighters.”

It’s an approach that clearly resonates with riders, even if it leaves some more than a little wary at times. “You want Shane in your corner,’ explained Geraint Thomas in his entertaining book, The World According to G. “But you don’t want to upset him. Shane’s bollockings are probably the most frightening of all the coaches.”

Under the massive weight of local expectation, the 2012 London Olympic Games was yet another high point in Sutton’s coaching career, with the host nation claiming a stunning haul of eight gold medals to repeat its achievements in Beijing. However, not long after the Olympics Sutton suffered serious injuries in an accident involving a car while riding in Manchester. Despite being placed in an induced coma with swelling on the brain, fracturing his cheekbone, suffering suspected broken ribs and remembering nothing of the accident, he was back trackside within two weeks. When asked about the cycling community’s reaction to his accident Sutton smiled as he told the BBC, “Damn, we nearly got rid of him!”

Guiding the likes of Clancy, Thomas, Wiggins, Trott and Kenny, Sutton will again be a central figure for the British team at the 2016 Rio Olympic Games in August. Only time will tell how many chapters remain in his coaching career after that. But it’s already been quite a ride. “Shane’s won pretty much everything there is, either as a rider or a coach,” reflects Sonny Clissold. “He’s been invited to Buckingham Palace for a cup of tea with the Queen. He even has an OBE. Not bad for a kid from the black soil country of Moree.” 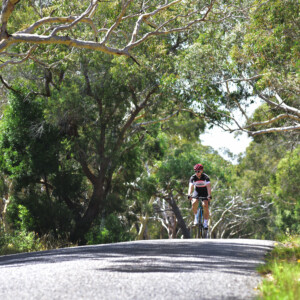