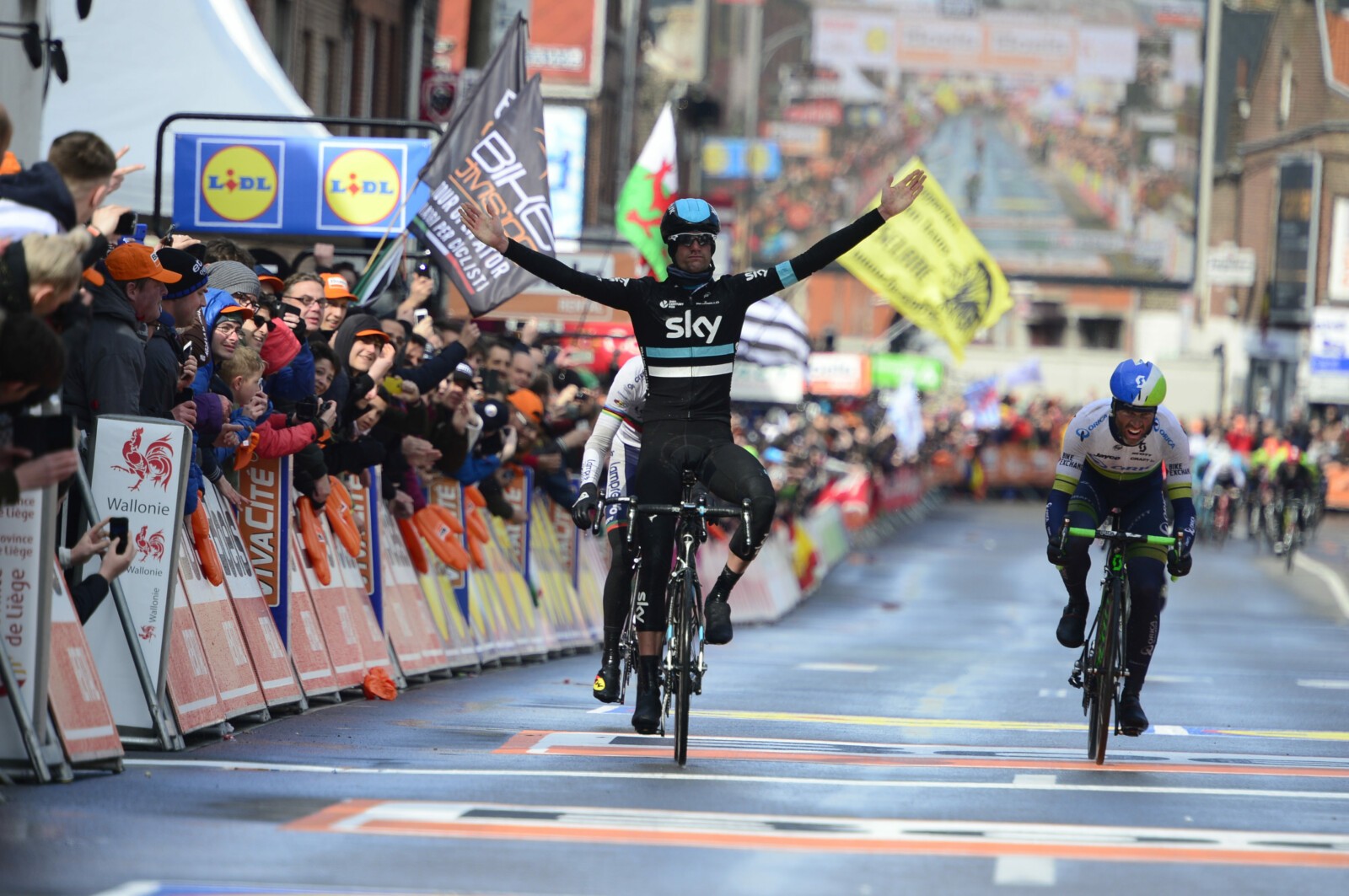 Riders of the 102nd Liege-Bastogne-Liege faced unrelenting snowstorms and back to back climbs in this years edition of the race. After 248km it came down to the resilience of the last men in the break where Wouter Poels (SKY) was able to muscle himself in front of Michael Albasini (ORICA) for the finish.

Early on race organisers advisedly altered the 2016 route to avoid the most severely snowed out segments but the riders only lost 5km of the total distance.

A seven man break enjoyed a few hours away from the group as they rode through the Ardennes region toward Liege, building up a 9 minute gap in front of the docile peloton. Pavel Brutt (Tinkoff), Paolo Tiralongo (Astana), Nicolas Edet (Cofidis), Cesare Benedetti (Bora-Argon 18), Thomas De Gendt (Lotto-Soudal), Alessandro De Marchi (BMC) and Jeremy Roy (FDJ) were in the break and lead from kilometer 15.

Etixx-Quick Step drove the peloton into action over the Saint-Roche and then Côte de Wanne some 84 kilometers to go with the Movistar team also working for three-time winner of the L-B-L Alejandro Valverde.

Rain and snow fell relentlessly as the gap between the break and the main bunch fell to within 2 minutes before De Marchi attacked his fellow escapees over the summit of the Col du Rosier whilst Thomas Voeckler of Direct Energie made a counter attack away from the peloton on the same climb.  De Gendt and Edet followed the move by De Marchi 48 kilometers from the end point.

The break away was the swallowed up by the main field on the third last climb as Andriy Grivko (ASTANA) played his cards on the way to the Côte de La Roche-aux-Faucons though unsuccessful in maintaining any advantage.

However, Grivko attacked again and took Michal Kwiatkowski (SKY) with him this time, followed by a flurry of surges made sure nothing stuck. That was until the 600m ascent of the Rue Naniot, a new addition to the race with an average gradient of 11% as the riders head to the finish in Ans.  That was when Swedish Orica – GreenEDGE rider Michael Albasini made the first move that splintered the bunch. Rui Alberto Faria Da Costa (LAMPRE), Samuel Sanchez Gonzalez (BMC) and Poels were the only riders to stay in contact but Albasini couldn’t hold off Poels who took the lead into the final left-hand turn and secured the victory.

It was a long awaited Monument win for Team SKY this season. Chris Froome got tangled up on the Haut-Levée but quickly rejoined the bunch on the early climb.

Favorite to win Valverde finished 16th on the day but his teammates in Movistar introduced a screaming pace on the front of the bunch for much of the six and a half hour race.

Here are the top-ten finishers:

View all the full results here. 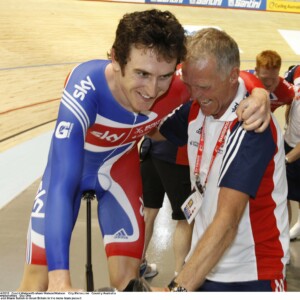