Raynolds pumped her fist as she crossed the line ahead of Justine Barrow (Roxsolt Liv SRAM) and Nicole Frain (Sydney Uni-Staminade) in a smaller group behind the rapid finish to the men’s race. Unlike most women’s cycling events, the women start mixed in with the men’s field  and have to battle their way through tactics and strength of some of the top riders in Australia to finish the race and contend for the win.

“It wasn’t until the last few kilometres that I was thinking about the win and really wanting it,” said Raynolds. “We were with a group of guys as well, I found the right wheel, I’m used to racing the guys, and I got out a bit ahead of the pack and crossed the line.”

“I’m really happy to come away with the win. I was really impressed with the girls I had with me there, Nicole Frain and Justine Barrow were incredible, great positioning all day. I have a lot of love for this event, no one’s done it back-to-back before and I just wanted to tick that box, I’m thrilled to do that today.”

The 267-kilometre course showed again why the race is renowned as one of the hardest events in Australia, a true test of endurance and racing ability that took the three podium finshers six hours and 21 minutes to complete.

“I’m absolutely exhausted,” said Raynolds. “It’s weird, it’s such a long race but it almost goes past quite quickly. You chop it up so much and it’s so intense the entire time, it does actually go quite quick.

“I’m relieved to get through as I felt horrific today, the bonus is that you have 270 kilometres to come good. It probably took until 150 to start feeling a bit better. While I feel like last year’s race was probably harder, this year’s I felt worse, so they’re on par.

“As much as I’d love to promote the event – it’s a great event and everyone should do it – I don’t want to have to do it again next year because it is so hard.”

That degree of difficulty is the selling point of the race, a race so hard that it means that different types of riders get a chance to win where others might otherwise be better credentialled. Raynolds gets plenty of wins otherwise, but the harder races do seem to suit her especially.

The hard sprinter revealed the importance of just finishing the race after what had been a tough season with missed opportunity and injury.

“I really needed to get through today for my own self-esteem and to get back on track,” said Raynolds. “Getting the win was a bonus, making it was huge.”

Jensen Plowright (Team Bridgelane) won the men’s race with a late attack that saw him claim the Powercor Melbourne to Warrnambool on his debut at just 20 years of age.

A star-studded field including a number of riders destined for the Tokyo Olympics and stars of the domestic scene clashed in the 105th edition of Australia’s longest and oldest cycling classic, the Powercor Melbourne to Warrnambool.

The 267-kilometre course showed again why the race is renowned as one of the hardest races in Australian cycling as the race split up right near the finish, with Jensen Plowright (Team Bridgelane) then attacking clear for a famous solo victory.

The race settled down into a steady pace after a hot start had seen attacks aplenty on the run out from Avalon Airport towards Colac. Two riders, Sam Hill (Nero Continental) and Raphael Freienstein (Inform TMX MAKE) were off the front with only each other for company for 120 kilometres after already being a part of an initial nine rider attack.

Hill and Freienstein lost their cooperative spirit at the front of the race and it became apparent that they would be caught by the peloton from behind as all the big teams massed towards the front. Upon catching the pair, there was an uneasy run to the line, with the constant threat of attacks and flurries off the front of the peloton seeing small groups go clear before being brought back into the fold.

Finally a large group managed to surge clear on a hill coming into the outskirts of Warrnambool, with just six kilometres of the 267-kilometre course left to race. Plowright launched the decisive attack with just over a kilometre to go and managed to hold off the charging pack behind to take the victory.

Plowright becomes the youngest winner since Will Walker in 2004, with Ben Hill coming home at the head of the chasing group to claim a famous 1-2 for premier domestic squad Team Bridgelane. Liam White (Oliver’s Real Food Racing) completed the podium with a fine ride for third.

“I am feeling on top of the world at the moment,” said Plowright. “I cannot believe I won that and Ben Hill second. I came into this going good and wanting to win it but there are 200 dudes in the race and it’s 270 kilometres, what are the chances?

“I got a sniff at the end there coming round the corner. Everyone sat up and I had good legs so I just gassed it.”

Plowright is regarded as one of the finest talents on the domestic scene, a road sprinter who also has strong success on the track with a mindset of a winner. He revealed the thoughts of a potential debut triumph at just 20 years of age had played on his mind ahead of the race.

“I thought about it. Everybody dreams,” said Plowright. “I did sleep on it last night, and I did want to win it. I know it’s my first time but I’ve always been good at long-distance races and rides. I always thought I’d win this, but to do it first time… one from one, it’s pretty good.”

The enormity of the win wasn’t lost on the young phenom, the momentous nature of winning the 105th edition of a race that has been taken out by legends of Australian cycling in the past.

“It sunk in when I crossed the line,” said Plowright. “I’ve seen pictures of the past winners, they’re all hitters. How good is this?” 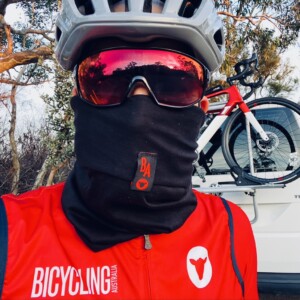 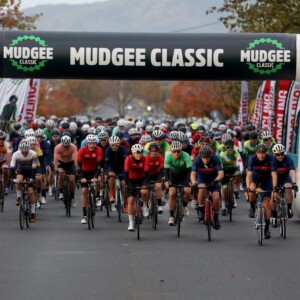