Two Australian’s are amongst the top 6 finishers this year at the UCI World Championships Elite Men’s Road Race.

Michael Matthews and Simon Gerrans battled the 260km road race course on the final day of competition for the worlds. Rain was forecast but little fell during the six hour race in Richmond, USA.

The course featured some punchy climbs, slick corners and cobblestones. As we have seen throughout the week of competition some parts of the course could become treacherous.

Early troubles for some top ranked riders left them scrambling back to the peloton as the cobbles proved to be quite harsh on the riders and their equipment, Tony Martin of Germany with a puncture and Taylor Phinney of the USA, the BMC team mate of Rohan Dennis saw gear problems. A few crashes were avoided by our favourited Australians but marked the end of the World Championships for other contenders.

A breakaway early in the race lead the pace for more than half the distance, being caught some 160km later by the peloton after an incident at the feeding stations split the field.

It seemed the Belgians were out to hurt the legs of the sprinters as they took control of the main bunch nearing the end of the race but Luke Durbridge worked his hardest to keep the peloton close and protect his fellow team mates Gerrans and Matthews.

As the race neared the finish the peloton was drawn out to a single line within the last 10km, chasing downhill as Sagan broke with tremendous descending skills. He held off the rest of the bunch into the final climb to take the win with Michael Matthews winning the bunch sprint for 2nd place and Simon Gerrans placing 6th, only just missing those first few places.

Matthews was confident going into the race this weekend, even after his terrible crash in the Tour De France this year. He has recovered and has been performing well, he said he came to the race feeling confident and in good form, and mentioned it could come down to positioning in the climbs for who will succeed at this event.

A great week for the Australians across the board having some great podium finishes and exciting racing. See the UCI website for all the race results and highlight videos. 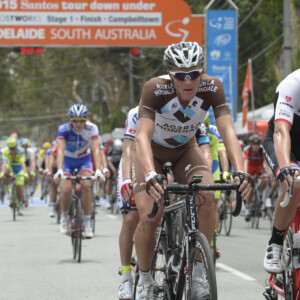