Raced on Friday and Sunday, the Aussie went into both races as one of the favourites, well suited for each parcours.

Second Aussie To Do The Double After Gerrans In 2014

Matthews is the second Australian to win both events in the same year with Simon Gerrans achieving the feat in 2014. The Canadian events were also Simon Gerrans’ final WorldTour races of his career, the Aussie riding in support of Greg Van Avermaet who finished third in Montreal after finishing in second place in Quebec on Friday.

Timing his sprint to perfection to take his first one-day WorldTour victory, Matthews said he was “super happy” to win Friday’s race. “It really was a good day out today,” he said. “The boys supported me really well throughout the day, and I’m just super happy that I could finish it of for them with a really strong sprint at the end.”

In Sunday’s race he shared the podium with Sonny Colbrelli of Bahrain Merida and Greg Van Avermaet of BMC Racing Team, and said he was lost for words after the finish.

A Tribute To Gerro

“Wow! What can I say, I really have no words. I just can’t thank the team enough for believing in me though out this really hard year, and again the boys today were amazing,” said an emotional Matthews. “It wouldn’t have been possible without such a strong team around me, so I can’t thank them enough.”

Matthews also offered a tribute to his compatriot Simon Gerrans after Sunday’s win.

“I saw my good friend Simon do this,” he said. “It’s nice to be the second Aussie to do it. Simon has had so many amazing results. He is someone I look up to. For him to be here, I think it is really special.” 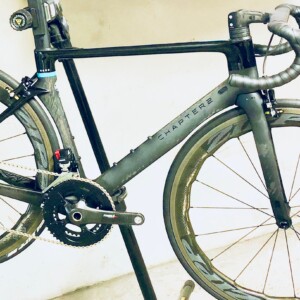 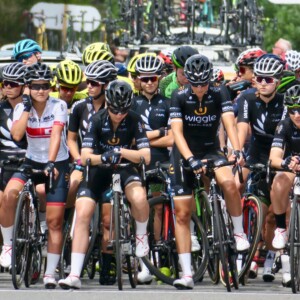