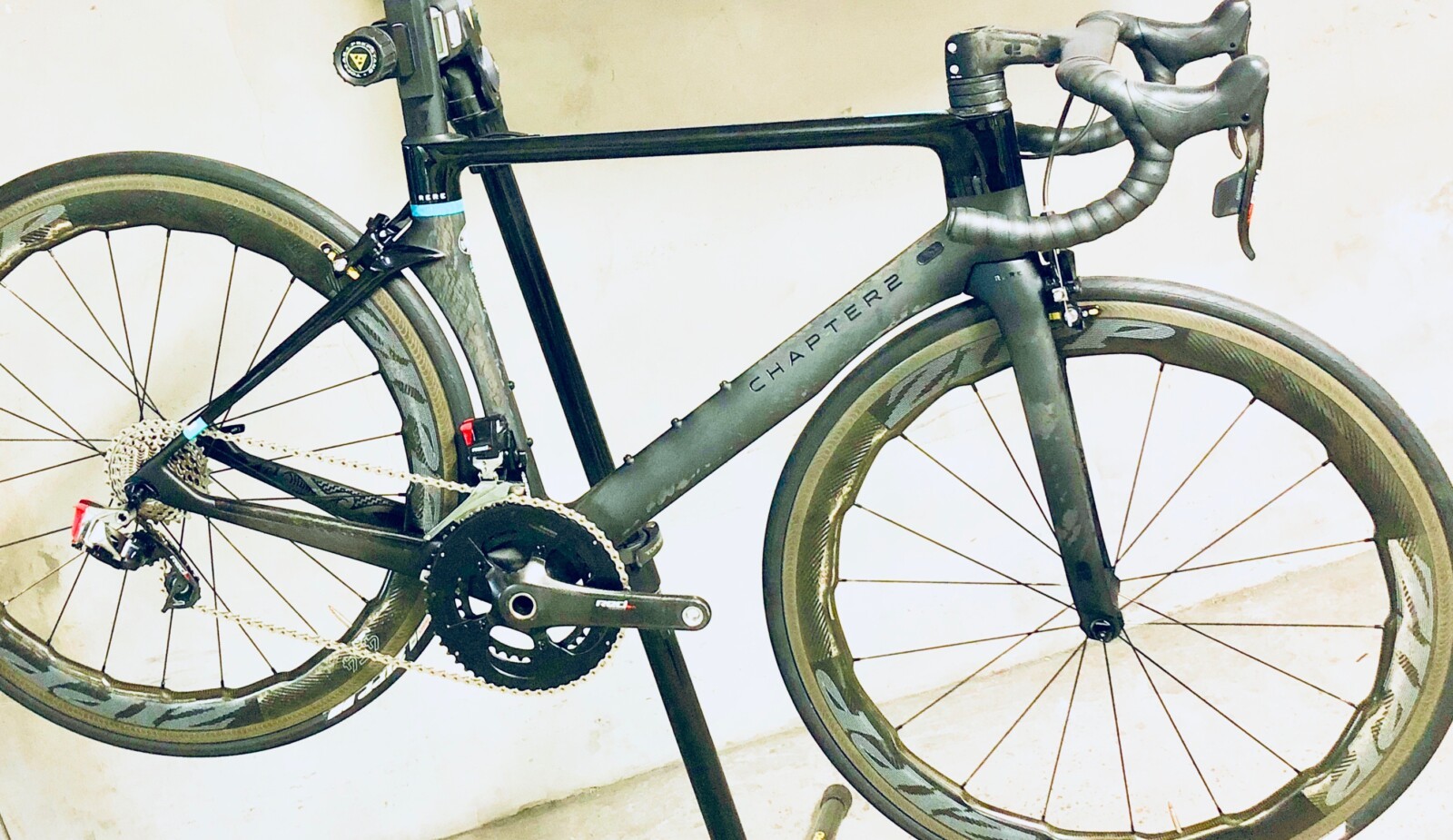 Hailing from New Zealand, Chapter 2 is the brainchild of Michael Pryde, son of that Neil Pryde. The Rere is the company’s second frameset, and is an unashamedly aerodynamic affair compared to its sister frame, the Tere.

Chapter 2 sells framesets only, with the idea that you build the bike up to your budget and preference. The review bike sent to us was set up with a ‘full bling’ setup, featuring SRAM eTap and Zipp NSW 454 wheels. All up, it’s a build probably worth in the region of $13,000… welcome to superbike territory.

First impressions when hoisting the bike into the stand were pretty simple: it’s a stunning looking bike. There are tons of really nice touches on the finish, from the bare carbon and gloss decal on the downtube to the Maori patterning on the inside of the fork and chainstays.

The slender profile of the bike is also immediately obvious, with the top tube and seatstays looking especially lean. That all translates to a look that says ‘I am built to go fast’ from the get go.

The aero seatpost is obviously designed for this bike, and is intentionally very long. There’s also not a lot of room in the Kammtail seat tube for the seatpost, so it will need to be cut.

The Mana integrated aerobars were easy to install too, with minimal adjustment needed to eliminate headset play. They also look superb too, also using the bare carbon/gloss decal approach employed on the Rere downtube. Lack of adjustability is usually the downfall of most integrated cockpits, so it will be interesting to see how the Mana holds up.

Setting up the SRAM eTap groupset is remarkably simple – indeed, the best way to go about it is to follow the step-by-step instructional video on SRAM’s Youtube channel.

If it doesn’t shift cleanly after following these steps, double-check the derailleur hanger is dead straight – that’s a common culprit for shifting issues.

The Zipp NSW 454 wheels on this build – well, what can we say? Given it’s a wheelset that is more expensive than most people’s complete bikes, they certainly appear to tick all the boxes. Light – tick. Aero – tick. Smooth rolling hubs – tick. Good looking – tick (assuming you’re on board with the humpback rim profile).  We are certainly looking forward to seeing how they ride – and how they react in crosswinds.

Last but not least, the Rere features direct mount rim brake mounts, and has been equipped with the new SRAM S900 direct mount brakes. It’ll be interesting to see how these perform given that they were a rapid response to market demand.

All up, an impressive package – especially when our scale showed this build weighing in at a scant 6.8kg. Very impressive for an aero bike.

The full review of the Chapter 2 Rere will be published in the November/December issue of Bicycling Australia. 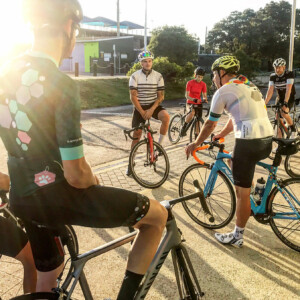 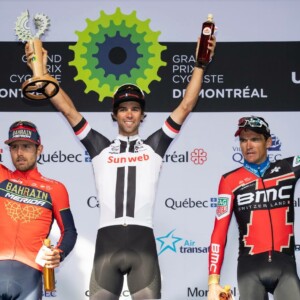