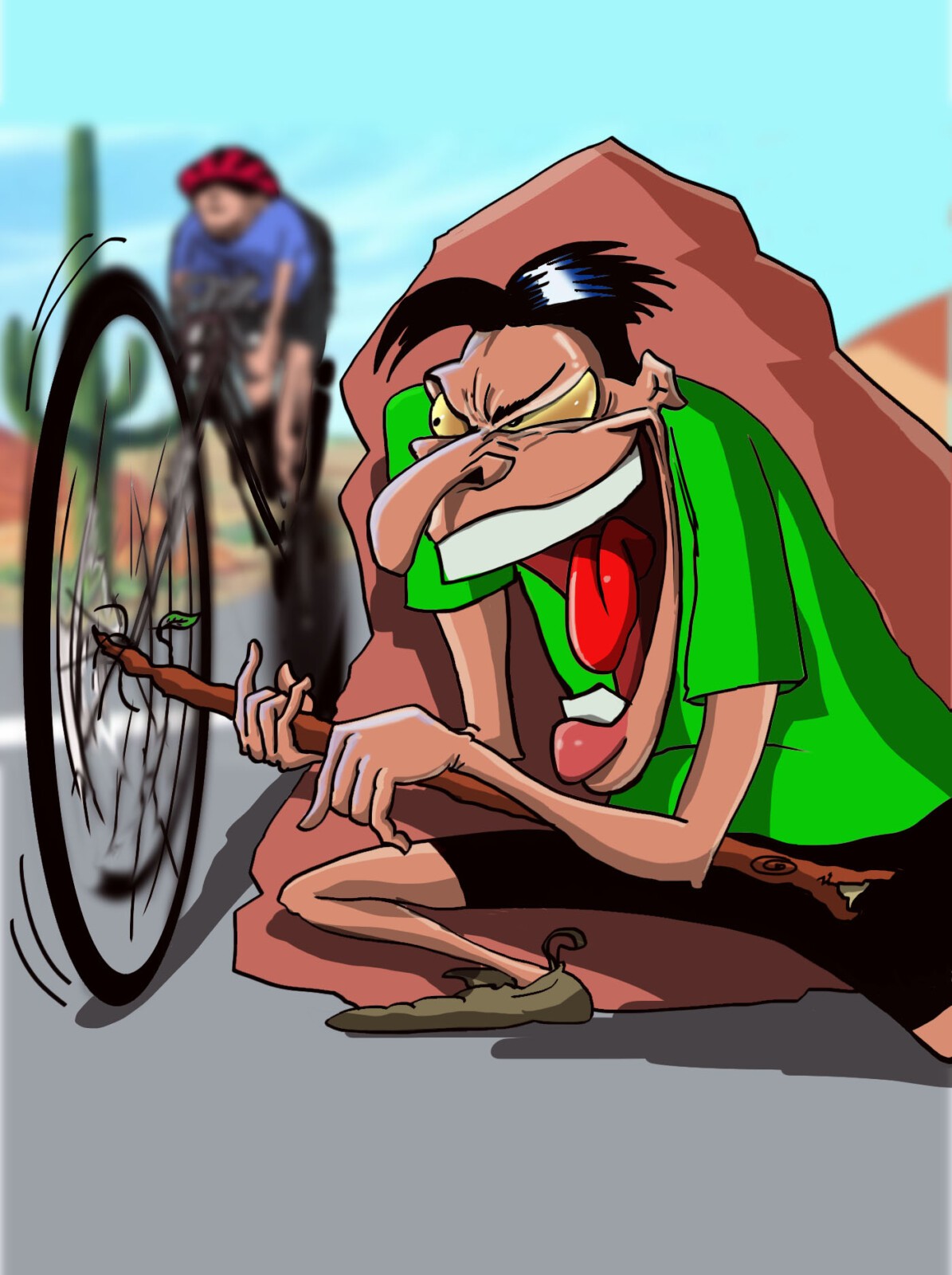 Any pedalling punter with a penchant for the politics of the peloton knows that, alliteration aside, there are very few things more entertaining than the spectacle of two middle-aged men in lycra jostling for the positon of head honcho in the bunch. Whether it’s the posturing of an alfalfa male in the lead-up to a sprint or the Darwinian ‘survival of the thinnest’ on a local col, a leadership spill on the road is quite the spectacle.

Amongst my lot, the Old Cranks, Miguelito “El Dingo Loco” de Pared can often be found lurking in the back benches of the bunch stirring-up leadership tensions and speculation. He once toppled our on-road Captain during the first five miles of a Sunday morning coffee shop ride and installed our 2IC as grand poobah before convincing a critical mass of crank crunchers that they had made a terrible mistake and should reinstall said, deposed on-road Captain.

Fortunately all was resolved by the time we reached the Springwood Cake Shop and the entire fiasco had little impact on the primary responsibility of any leader of the Old Cranks: our coffee order of 14 Springwood Buckets of cappuccino.
Of course, for every peddler of the peloton there is a pedalling pollie.

After hanging up his Malvern Star, Hubert “Oppy” Opperman stood for Federal Parliament and held the Victorian seat of Corio for 17 years. As Immigration Minister in the mid-1960s he initiated the second wave of post-war immigration by rolling out the welcome mat to refugees from Eastern Europe who would build Australia’s essential infrastructure, including the outdoor concrete velodrome at the Wagga Cricket Ground.

Oppy loved working people. He could watch them work all day. They inspired his most persuasive campaign slogan: “Opperman for the working man”.

In more recent times, Glen “The Preference Whisperer” Druery mixed ultra-distance cycling with getting micro parties elected on the thinnest of democratic premises. On the bike he made his name as part of the 2009 winning team in the 3,125 mile Race Across America. But Glen has proven to be equally talented on the electoral cycle. In the last Federal election he got Ricky “the Rev Head” Muir from the Australian Motoring Enthusiast Party elected to the Senate on a record-low primary vote cast by 17,122 natural enemies of the cyclist.

At the time of writing, Australia’s most prominent pedalling pollie, Tony “The Breakaway” Abbott was still leader of Team Australia and had just made his Captain’s pick to lead the process of ending the decline of Australian manufacturing.
“You know, in the contest between goodies and baddies, the Hillbrick is as Australian as RM Williams, Arnott’s Biscuits and the Holden Astra”, the Prime Minister said. “And that’s why today, I am proud to announce that Sir Paul Hillbrick will lead a special taskforce to nationalise Australia’s bicycle industry.”

In a quiet salute to his hero Ben Chifley, Abbott’s ground breaking “Bike on the Hill” speech declared that “no cyclist would be left behind.”

“And by 2019, no child aspiring to ride for Team Australia, I say no child, will be without a Hillbrick, Baum or Malvern Star in the back shed.”

To facilitate the initiative, Hillbrick’s operations would immediately move from Minto in Sydney’s west to the Holden plant in Elizabeth, South Australia, which was in the process of winding down after General Motors announced it would move production offshore.

The announcement provoked panic amongst The Old Cranks. Fearing some kind of patriotic purge within the peloton, a number of punters dismantled their imported carbon steeds and hid the frames, wheels and groupsets in the roof of Tezza’s shed.

I was alert but not alarmed. The whole episode provided me with the opportunity to think very seriously about my dream Australian bicicleta. In this spirit, I began to imagine the assembly of my fully customised Astir Titan. I’d dip my cap to post-war immigration with a Campo Super Record RS groupset. As a nod to Le Tour and with apologies to La Perouse, I’d throw on a Mavic Ksyrium SLR wheelset. The Poms could have the seat: a brown Brooks Swallow Classic Titan Saddle with matching bar tape. I’d ask James to select black, gold and red Titanium fittings to pay my respects to the traditional custodians of the land on which we ride. And the whole show would be held together with a sturdy Titanium frame designed Down Under and manufactured in China. It’ll be an Antipodean masterpiece! 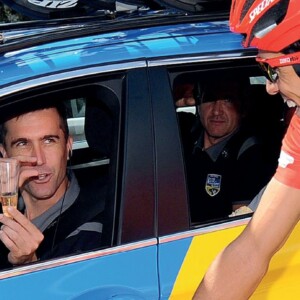