My three older brothers and I jumped straight out of the land cruiser and ran full of excitement towards the embankment before nervously slowing our pace and making the final steps towards the low metal fence. Mum and Dad would park the car and no doubt catch up later. “Where is it?” I asked, not quite 10 years old – the age where questions seemed to flow with each exhale of breath. The question went unanswered. The question seemed fair enough in my mind as all I could see was a small grassland that I could imagine one day being a cool playground full of swings and merry-go-rounds but unfortunately this could-be kid’s park was sitting in a pit surrounded by concrete walls. There was surely no place to race a bike around here so I asked again … “Where is it?” I squeaked louder with a tone I knew would extract an answer from at least one of my bro’s out of pure annoyance.

You can subscribe here or get it on your iPad

“THERE!” he pointed again only this time I followed the gesture and worked out what he was saying and suddenly realised why my big brothers had been standing in a stunned trance of silence full of fear and anxiety. We were focused on the concrete wall below our feet and the new understanding that this WAS the bike track and our biggest brother Andrew was going to actually ride around this thing called a Velodrome! Shocked and in disbelief the three youngest siblings clung to our hero begging him not to do it “it’s not possible – no way – let’s go – not worth it – soccer is our thing – this is crazy … ”.

It was the mid to late 80s and the venue was the Camperdown Velodrome, in inner Sydney, all dressed up ready for the Sydney 1000 handicap and open carnival starring Kenrick Tucker Vs Nelson Vales in a sprint derby. After the first heart starter scratch race our little family McGee went from anxious, reluctant spectators to Bike Riders totally consumed by the awesomeness, the speed, the flair and the hunger of the riders striving to win. Big bro took to track cycling like a duck to water and by the New Year he made the NSW state team bound for the Launceston Nationals.

I remember seeing the team off at the airport, all sporting dashing blue blazers, and the depth of pride was overwhelming for the whole family. So proud. One state team became another and before long it was regular state squad training down at Tempe Velodrome. I would sneak a ride as often as possible so I could watch the formation lap around and around and around for hours led by the god father of NSW cycling, Alex Fulcher on his motor bike. I loved to listen in on the stories shared by the riders, especially fresh back from competitions. Alex was everything to cycling back then as the system, almost empty of resources, relied heavily on the energy and passion of the people involved leading Fulch to take on many roles.

At any one time he would be head selector, state coach, trainer, president of the federation, race promoter and he even chipped in as the race announcer. First to arrive and last to leave any training session, meeting or race, every memory I have of those early years in cycling involved Alex Fulcher. Resource poor but the structure had all the inclusions needed to promote a longing in me to one day be part of it, to sport a blue blazer and venture back to the fold full of my own stories ready to train hard and get stuck into the next campaign. I soon got my chance, welcomed down to state training under the new NSW Institute of Sport coach, Gary Sutton. This is the early 90s and after the perceived success of the AIS over the previous two Olympic cycles the stage was set to build State based institutes to act as breeding grounds of talent that could channel athletes up and into the AIS programs continuing the growth of Australian sport into future Olympics. Sutto, a former student of Alex Fulcher as a rider and fresh out of a long and successful racing career, benefitted greatly under his guidance as a coach and with his NSWIS influences and increased resources, formed a successful bridge between old and new.

The State institute programs picked up across the nation throughout the 90s and led to some of the most ferocious National track championships ever witnessed as each state remained quite insular to each other and the system relied on (and benefitted from) this culture of competitiveness. On the back of this rise of competition and resources, added with Sutto’s unmatched ability to enable performance, I quickly moved through the state program and into the AIS track cycling squad under Charlie Walsh.

Like the state institute programs, this squad was enjoying increased resources through government investment into the AIS itself and yet each squad’s Head Coach was left largely to themselves to run and conduct the program as they pleased, judged primarily on one thing – results. I felt this pressure full-on during my five years as an AIS scholarship athlete witnessing scores of young talented bike riders line up with ambition to become Olympians only to be spat out the back prematurely on the suspicion of ‘not having it’ and a need to make room for the next hopeful. There was no growth or development of the individual. It was sink or swim and there was no plan B.

My racing career ended in 2008 and I jumped two feet forward into the role as team Director with the World Tour Team – Saxobank. It was a role I enjoyed immensely and had envisaged myself growing old in until a phone call changed everything. Sutto had moved on from the NSWIS role to head the National Women’s track endurance program leaving the state program without a captain and I immediately felt compelled to throw myself into the job. Taking into account the removal of my rose tinted Oakley sunglasses, the system I was to return to was markedly different from the one I had developed through 15 years earlier.

Today, Australian sport lives and breathes under the Sports Commissions governance and guidance creating a level of accountability for all entities under its banner that has never been higher. In conjunction with the leaders at the AIS the Australia’s Winning Edge (see http://www.ausport.gov.au/ais/australias_winning_edge ) was rolled out post London and has set specific targets for Australian Sport (primarily Australian Olympic Sport) to work towards and at the same time placing clear roles and responsibilities on those that are expected to deliver these results.

The AIS itself has been transformed into a consultancy agency holding little (or no?) actual programs of its own. The National Sporting Organisation’s (Cycling Australia for us) have been given much more responsibility over their sports high performance arms (Cycling Australia High Performance Unit or CAHPU) and at the same time put under much more scrutiny on how they handle their executive. In basic terms the screws have been put on for any association receiving government funds and a return on investment is expected but also assisted – it’s up to the individual sports to get active and tap into the resources available to ensure sustainability.

No longer does sport in Australia receive funding based on the last benchmark event alone as there is a system of checks and re-checks along the entire ride. As the head coach of the NSW institute Cycling program and the head coach for the National Men’s road team, having recently completed a two year performance coaching course at the AIS (run by the Melbourne Business School and attended by as differing sports as water polo, soccer and even surfing), I have good perspective on how the AWE rolls itself out on a daily basis – in the trenches if you like.

Coaches today have many more resources on offer than Fulch or even Sutto could have ever imagined possible. These resources are not the cash kind but take the shape of education, collaboration of efforts, and shared intellect and experience across sports. No longer do state programs or even individual sports need to take on their campaigns alone, insulated and limited to growth from within. Athletes climbing the pathway to Olympic success today are beginning to benefit from the higher levels of accountability set out under the AWE guidelines with Individual Performance Plans, now a pre-requisite for receiving government aid, that are built to clearly outline any gaps blocking their dreams from becoming reality.

You can subscribe here or get it on your iPad

The sentiment amongst my peers is that everything is achievable and it’s not all about money – the solutions to whatever your challenges are as a coach, sports administrator or athlete are there for you to dig into, and given good planning and a high performance approach …. the funding will be also enabling continued improvement. Systems will change with modern interpretations of what is essential for sporting success but I can assure you hard work and passion from those empowered to guide our dedicated and talented youth will always be part of it.

See you on the road (or track, or trail). Brad McGEE 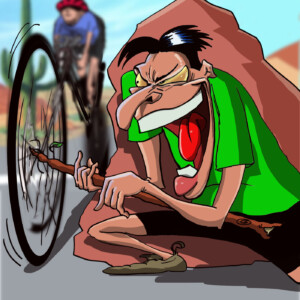 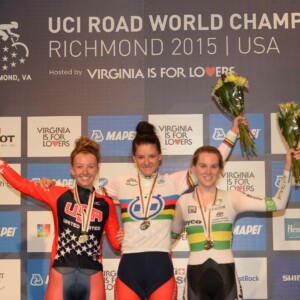