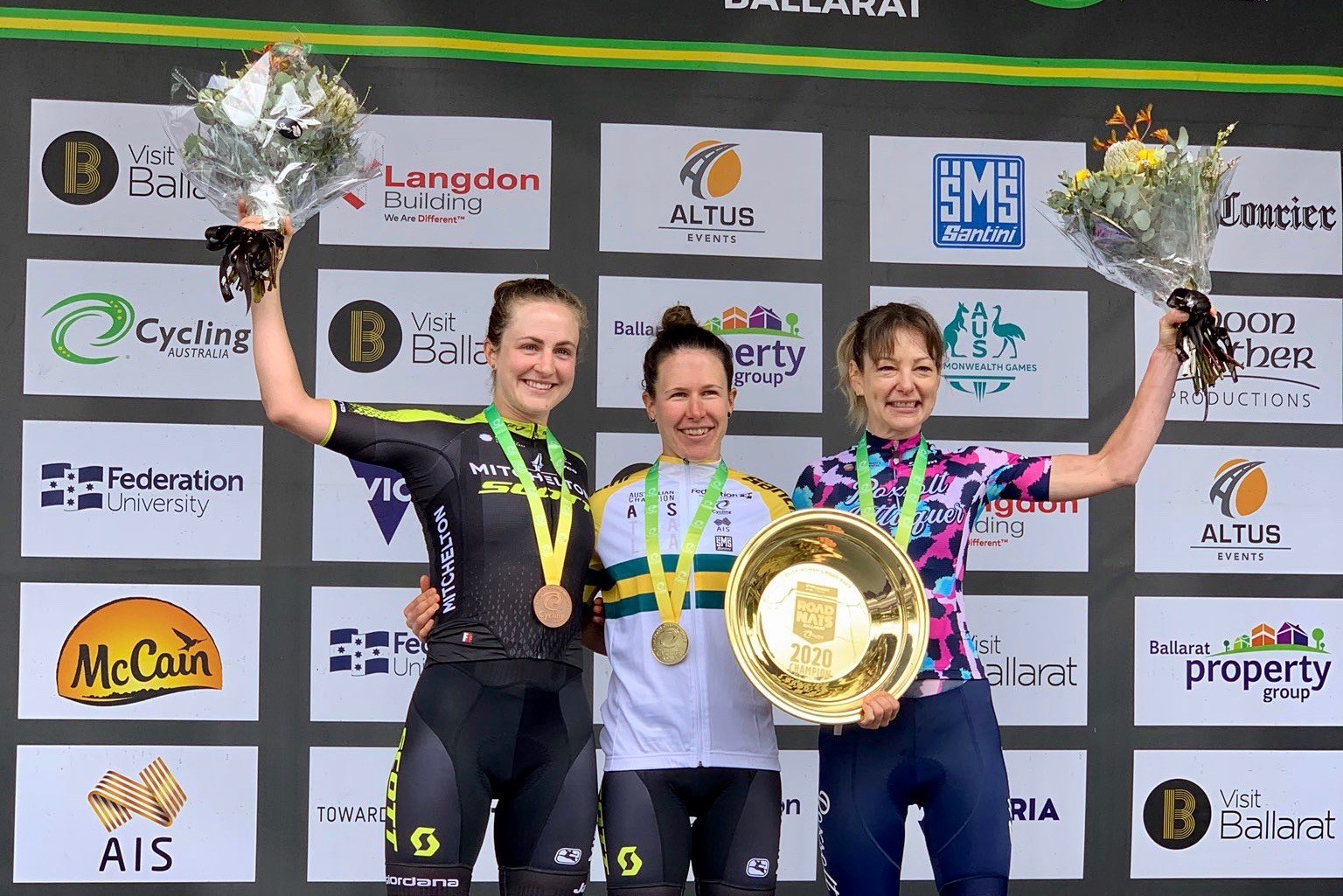 Amanda Spratt, the golden girl of Australian cycling, is now a three-time National Champion after a big win at Bunninyong today.

Having missed out over the past two years, Spratty’s plan came together in a race she had earmarked as her 2020 season starter.

“I owe my team this one,” she said after the finish. “They rode incredibly well … I came in as sole leader for our team, but I came with a lot of pressure as well. I’m so grateful, for the team, I couldn’t pull it off without them.”

Working closely with Mitchelton-Scott teammate Grace Brown – who finished alongside Amanda in third place on the podium – Spratty explained how Grace attacked on the climb.

“That was the plan to open the race up really early because we didn’t think anyone would expect that,” she said. “She was so strong and it was just me that could follow before Justine came across, she had an incredible ride too. After that, we knew we had a really good group and we just had to keep going.”

Spratty concluded by saying she felt confident if the race came down to a sprint. “Of course I tried on the climb as well,” she said. “But I was very very impressed with Justine Barrow.”

Spratts next major appearance will be at the Women’s Tour Down Under which kicks off later this week. 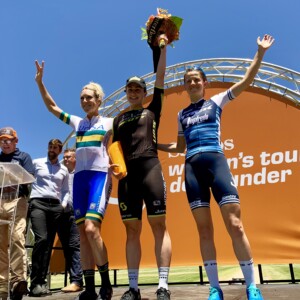 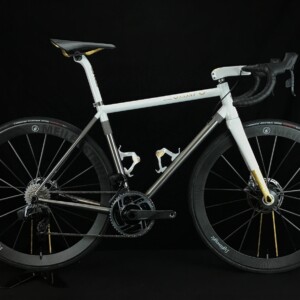