Bradley Wiggins has brightened up an otherwise bleak day and had roadside fans in howls of laughter during an uphill section of the Tour of Britain.

Nearing the summit of one of England’s toughest climbs known as The Struggle, Wiggo dismounted his bike to copy Chris Froome’s infamous run up Mont Ventoux during this year’s Tour de France. Complete with his best running face, Wiggo jogged over the summit alongside his Union Jack emblazoned Pinarello, much to the delight of the roaring crowd. 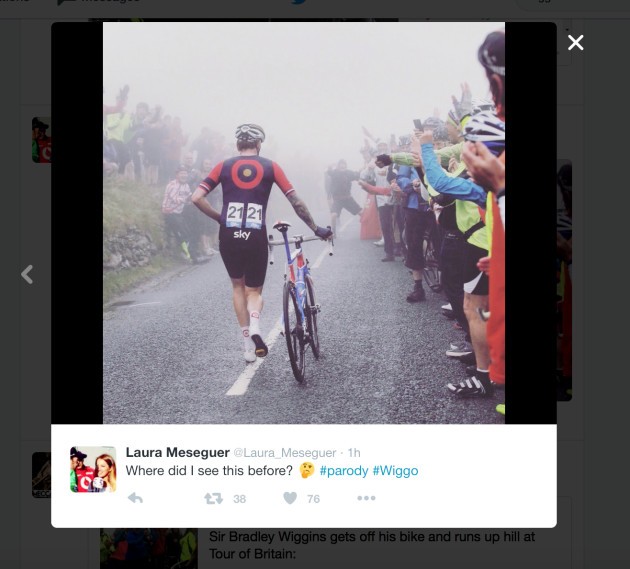 Taking to social media after the stage, Wiggo re-Tweeted the photos that had quickly gone viral on the internet.

‘Taking things very seriously at the top of the struggle, took my mind off being in a world of pain,’ Wiggo wrote to his fans.

There was no response from Froome, who’s busy trying to win la Vuelta in Spain. Despite the two not being the closest of mates you’d have to think it raised a smile.