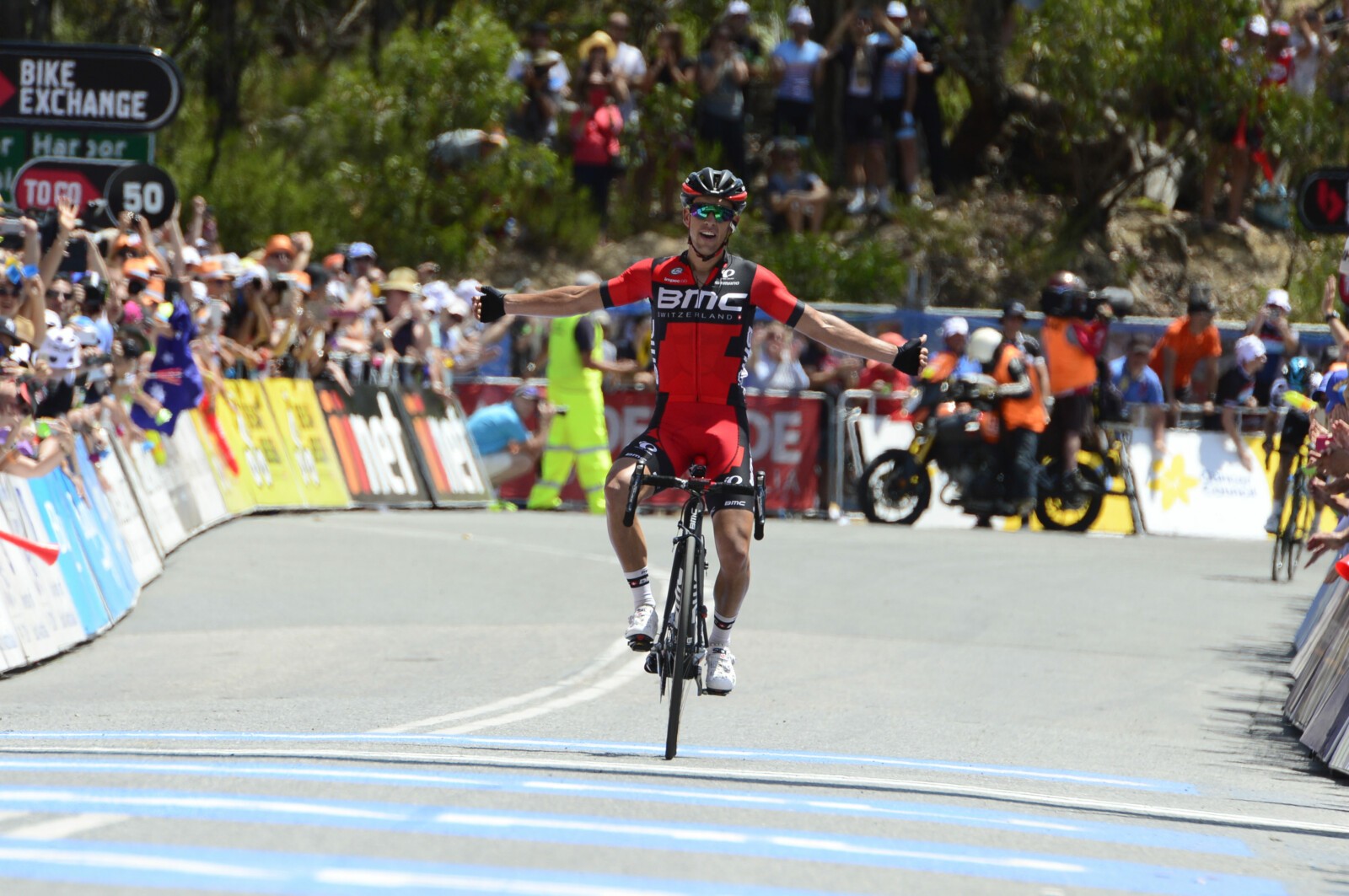 Old Willunga Hill must be Richie Porte’s old friend by now, making it three consecutive wins on this hill, but Simon Gerrans of Orica-GreenEdge did enough work to hold onto his lead by 9 seconds.

Riders completed the 151.5km course in a little over 3 and a half hours and early on 4 riders made a break where they held the peloton at a gap of up to 6 minutes at the half way mark.

After completing the Aldinga Beach and Willunga city centre circuit a number of times it was then time to head up Old Willunga Hill for the first time of the day. Reinhardt Janse Van Rensburg (DDD) put in a solid effort to beat Lars Boom for the first KOM of the stage, but by the last 4km the break was captured by the bunch as they headed skyward once more.

The attacks were coming thick and fast from all riders. Rohan Dennis (BMC) made a break but was ridden down pretty quickly. Jay McCarthy (TNK) also dropped out of the top three place-getters today but says he has no regrets and is still leading the Europcar Young Riders competition.

Porte then went on the attack in the final few hundred meters and held off a menacing chase by Henao and Canadian Michael Woods (CPT).

The crowd loved every minute of today and the riders were all commenting how good the atmosphere was.

Porte had this to say after the race, “It’s always nice to win in Australia and on top of Willunga for the third time in a row, I am really happy,” Porte said, “The crowds are just incredible, the Australian public just get behind this race so much. It really does feel like riding the Tour de France up this climb, incredible feeling.”

Porte is in second place on the GC, only 9 seconds behind Gerrans who looks to be en-route to a fourth title at the Santos Tour Down Under.

Here is how the race finished up at the end of today:

The full race results are on the Santos Tour Down Under website here. 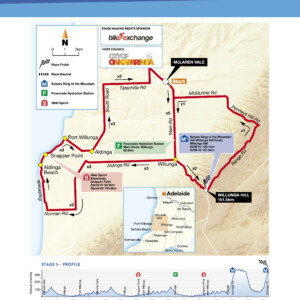 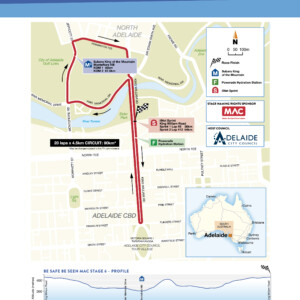