Amateurs will have the opportunity to ride one of the greatest European Spring Classics routes this weekend as the Strade Bianche Classic and Gran Fondo is run under the Tuscan sun on the infamous white gravel roads.

Starting and finishing in Siena with the final kilometers testing riders with gradients that touch over 16% into the city, there are three events across the weekend beginning with the elite men’s one-day road race that will feature twelve WorldTour teams and six Pro-Continental teams on the 176 kilometer course, 52.8 kilometers of the race will include the rolling white gravel roads that make for some exciting racing.

The first event of the inaugural UCI Women’s WorldTour will be run by event organiser RCS Sports and the women’s pro-peloton will ride on much the same course at the professional men, covering 121 kilometers of undulating roads and 22.4 kilometers of treacherous gravel roads it will certainly bring in the new era of professional womens racing in a thrilling manner.

The Strade Bianche Gran Fondo also gives punters from across the globe a chance to ride on the rough gravel roads that they watched the professional men’s peloton tackle just a day earlier on March 5. With two distances on offer, the first departs Siena for a 124 kilometer round trip that gains 1350 meters in elevation, mainly on the ‘strade bianche’, that is Italian for white roads. The second option is an 87 kilometer course that still features the white gravel sections without the hard climbs.

Organisers say the race is gaining international recognition and is pushing for WorldTour status in 2017 after its 10th year of racing in the Siena’s hillside. Classics specialist and former cyclocross world champion Zdenek Stybar (Etixx – Quick-Step) won in 2015 and will return to the line in 2016 against the likes of Fabian Cancellara (Trek-Segafredo) who is hungry for a third win. View all the WorldTour and Pro-Continental teams and their lead riders below. Watch the race live on SBS Cycling Central, Saturday 5 March, 2345 – 0145 AEDT. 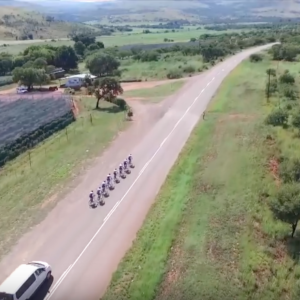