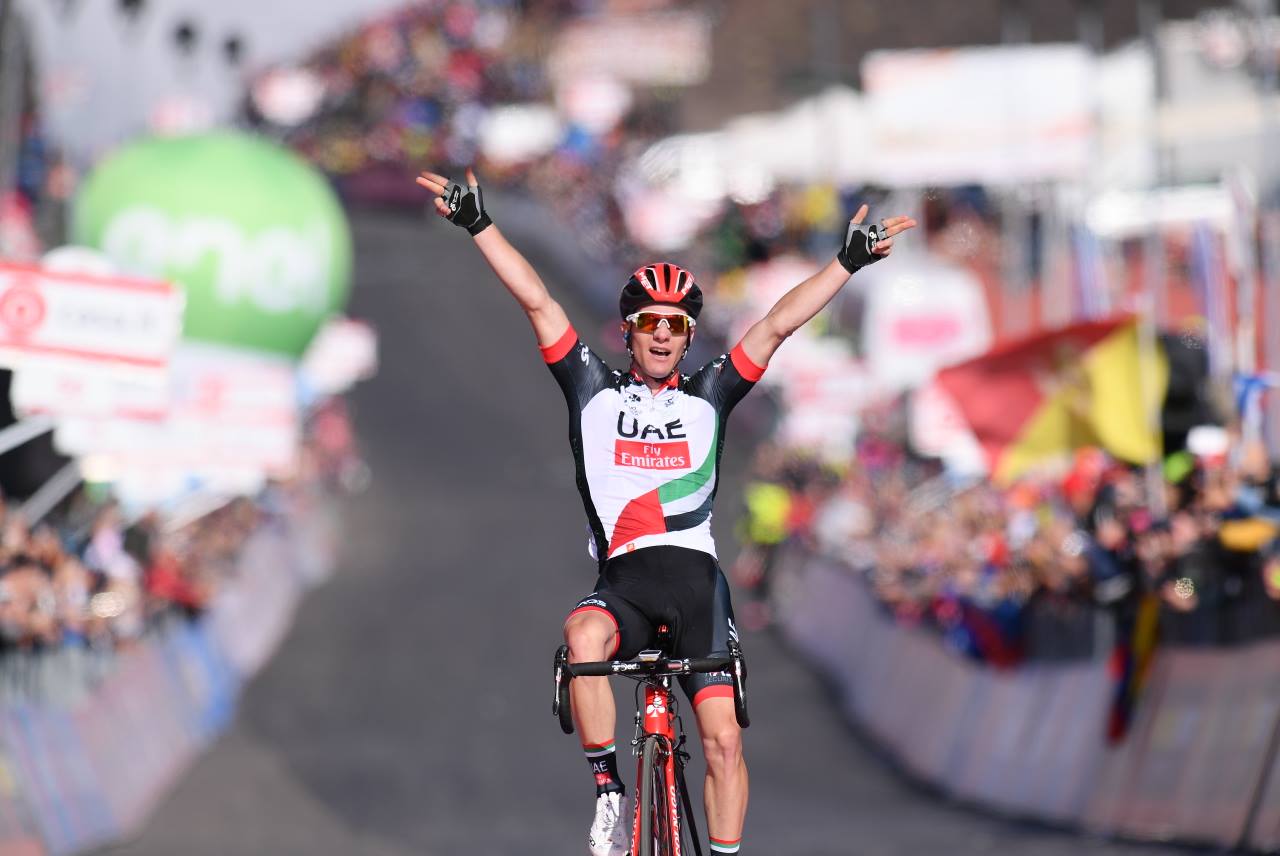 Slovenian rider Jan Polanc of UAE Team Emirates has enjoyed a stunning solo victory in a dramatic day at the Giro. Stage 4 culminated with a climb of active volcano Mount Etna with Polanc managing to hold off the ever-approaching chase group that contained some of the fastest climbers in the business.

“We were only four riders in the breakaway. Two of them were already at the limit, so at the bottom of the climb, it was not difficult to drop them off,” said the 25yo after the win.

“It was more difficult to maintain the difference with the bunch. I had to push as much as I could in the last few hundred meters. I knew the top favourites were chasing hard. I was thinking of this stage when we were here for a training camp with the team … the climb to the Etna is steeper and there was much more wind.”

After four stages, the famed Maglia Rosa (pink jersey) has been awarded to four riders, Bob Jungels of Quick Step Floors now the overall leader after last night’s stage.
“Two days ago our move in the crosswinds was an intention but not a plan,” he said after the presentation at Mount Etna.
“This morning also, I knew there was a possibility to gain the Maglia Rosa. I had to stay in the wheels because there was a lot of headwind. An 18km climb is always a bit of a gamble. I struggled a lot to get in the first part of the group, but I managed to stay calm and follow my goal. I didn’t have too many things in mind until I heard [sport director] Davide Bramati screaming in the radio ‘go for pink’. I’m super happy that I can sit here.”

Not all good news from Stage 4 with BMC Racing Team’s Rohan Dennis forced to withdraw from the Giro d’Italia halfway through the day as a result of his crash on Stage 3.

Dennis landed heavily after a crash on Sunday and suffered a jarred neck and multiple abrasions.  Disappointed to withdraw from the centenary edition, Dennis said although starting the stage in pain he tried to stay positive.

“My head had been hurting and I was hoping that some exercise would change that feeling but I started to feel worse,” he said.

“I’m disappointed, of course. I think I feel worse for the people who have helped me prepare. My coach came all the way from America to spend a week with me away from his family before the Tour of the Alps, to prepare for the Giro d’Italia. Those sort of things I feel bad about, even if I didn’t have any control of it. When you abandon you have the feeling it was for nothing. My priority now is to recover and get healthy, and then concentrate on the rest of the season which is far from over.” 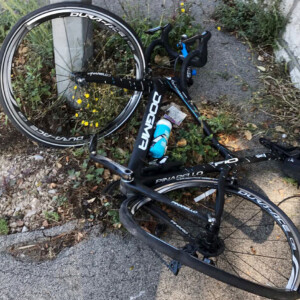 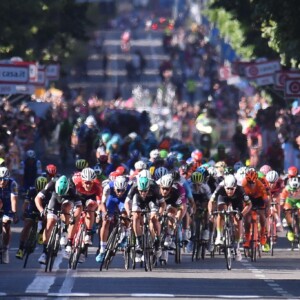