Richie Porte has erased the memories of 2015 to snatch stage honours and the overall race lead after Stage 2 of the Santos Tour Down Under.

Following the thrilling solo win, Porte said he had nightmares from two years ago when he couldn’t win a trick on the same climb.

“But the boys from BMC Racing Team are just incredible, they looked after me the whole day (and) I finished it off up to Paracombe. It’s good to get a win this season and now we try and defend this (leaders) jersey.”

Porte broke clear in the final 1500 metres to win the 148.5km stage into Paracombe by 16 seconds from Spaniard Gorka Izaguirre (Movistar) who overtook third placed Esteban Chaves of ORICA-SCOTT in the final 400m.

“We didn’t really race that hard around Stirling which is a bit of a shame but at the end of the day I think I got a good gap on GC (overall),” said Porte. “I know it’s not over, there’s a few quite hard stages but the guys, the team, are fantastically strong so I’m quite confident.

Porte looked behind several times as he kicked clear to gauge the impact of three attacks he launched in the wake of a big effort from Dutchman Wilco Kelderman (Team Sunweb).

“Credit to Kelderman, he put in a big turn at the bottom there and kind of blew it apart but you know I’ve got good climbing legs and didn’t really want to wait around.”

Porte is happy with the way he rode clear of his rivals but recognises there is work still to be done if he is to claim the race crown.

“There’s some stressful days coming up so I won’t be counting our chickens until they hatch.”

Porte goes into tomorrow’s Hansgrohe Stage 3 with a 20 second lead over Izaguirre with Chaves, a further two seconds back.

“It was a good effort by (Gorka)Izaguirre, but Porte was stronger today,” said Movistar Team Manager José Luis Arrieta. “Porte made one more acceleration and Gorka could not follow but it’s a good sign for the team and we will keep fighting.

“Willunga (on Saturday) is a different climb, but we will race to at least keep (a place on) the podium.” 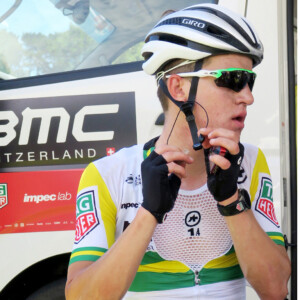 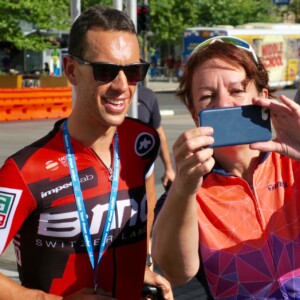