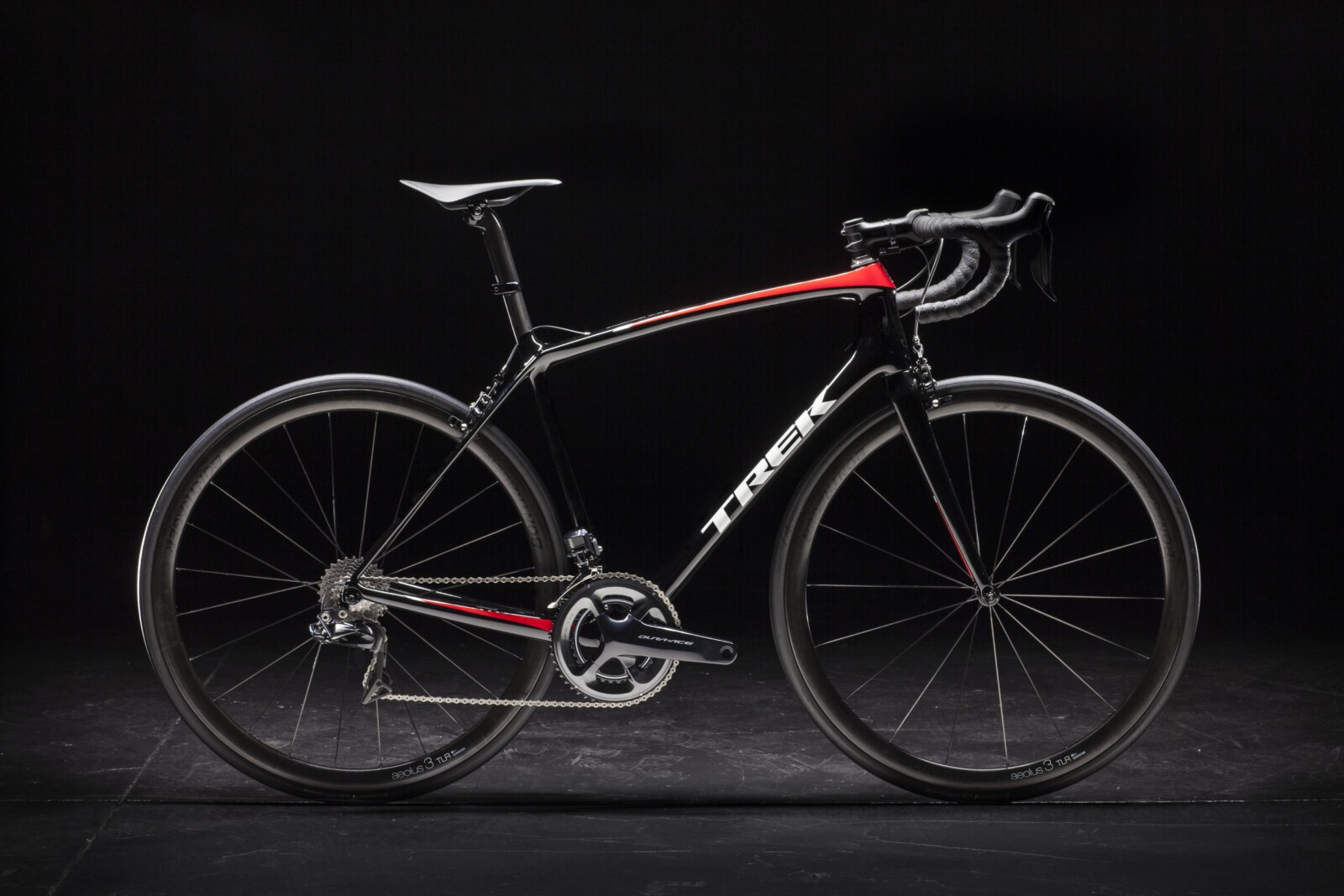 Trek have released the 2018 version of its Émonda road bike with a frame that shaves 50 grams from the previous ultralight SLR model. Additionally, Trek have unveiled the all-new Émonda Disc, with additional tire clearance, better stopping power, and all-weather durability. This, they say, allows riders to go places previously unheard of aboard an ultra-lightweight road bike.

Since its release in 2014, Trek say the Émonda SLR has set the standard for lightweight performance. For the all-new Émonda lineup there’s less weight, more stiffness and enhanced compliance that Trek claim is due to the use of “best-in-class 700 Series OCLV Carbon”.

To complement the lightest Émonda ever, Trek have also unveiled the first-ever Émonda Disc. The new disc brake-equipped Émonda has wider tire clearance and allows for all-weather braking modulation, making it a unique and unrivaled race bike.

Where There’s A Will

Cycling legend Alberto Contador lives by the motto, “Querer es poder.” This phrase, which is stamped on Contador’s top tube, means “Where there is a will there’s a way.” Trek engineers and designers adopted this mindset in improving Émonda and refining the existing production process. After extensive frame analysis, the R&D team changed the placement and construction of Émonda’s composite layers through a focus on each strand of carbon.

Trek engineers gathered numbers through testing Émonda in the lab.

“But for performance and ride feel, we turned to those whose livelihood depends on it,” said Trek.

“The riders of Trek-Segafredo evaluated prototype after prototype of the all-new Émonda, providing feedback to confirm that the story the numbers told held true even under the most demanding rides.”

Every revolution needs a hero

“Flat mount disc brakes are more elegant, lighter, smaller, and cleaner than traditional disc brakes, making them right at home on Émonda. With Émonda Disc, we made available the world of gravel and adventure riding to those who prefer the feel of a classic race bike, revolutionising expectations of what a dedicated road bike can and should be.”

Émonda SL features much of the same technology that’s offered with the SLR for better value – 500 Series OCLV Carbon for lightweight responsiveness and options for either direct-mount brakes or disc brakes to optimize stopping power.

Émonda SLR is offered in three models—SLR 9, SLR 8, and SLR 6—and a frameset in both H1 and H2 geometries, while Émonda SLR Disc is available in the SLR 8 Disc and SLR 6 Disc models plus a frameset.