Starting in the German city of Dusseldorf today, 198 riders will saddle up for the 104th Tour, a gruelling 3,540km lap of France. With all 18 WorldTour teams racing, organisers have also given wildcard entry to 4 teams – Wanty-Groupe Gobert, Cofidis Solutions Crédits, Direct-Énergie & Fortuneo-Vital Concept.

Though several teams have not yet confirmed their final starting line-ups, here we list the Australians to watch over the coming weeks. Any changes or updates to this list will be made as soon as the details become available so check back soon!

32yo Richie Porte goes into this year’s Tour as firm favourite according to the majority of cycling news & media outlets around the world. And here at Bicycling Australia, we completely agree!

Finishing 5th at the 2016 Tour de France, and this year in the best form of his career, this Saturday the popular Tasmanian will start his 7th ‘La Grande Boucle’.

“It’s a balance of being well-prepared and fresh enough to race at the highest level across 21 stages,” Porte said during the week.

“I feel like I’m in that position now. I’m just really looking forward to rolling out for the time trial next Saturday in Dusseldorf and then having a good three weeks of racing until we reach Paris,” he added.

Can he do it? All eyes will be on Richie as the favourites of the 2017 Tour hit the high country. Stage 9, from Nantua to Chambery, is set to be one of the early indicators. At 181km and including 4600m of climbing, riders will visit Col de la Biche before tackling the steeper side of Grand Colombier – complete with gradients up to 22%! Froome, Porte, Quintana, Chaves, Valverde, Yates, Contador … it’s sure to be an absolute  thriller.

Michael Matthews is set to start his 7th Grand Tour and 3rd Tour de France. One of the most electrifying Aussies to watch, the charismatic 26yo finished second to Peter Sagan at the 2015 World Championships.

He then beat his nemesis in a thrilling Stage 10 sprint finish at last year’s edition of Le Tour.

Bicycling Australia will be at this year’s Tour and, early on, we’ll making a beeline for Bling. Stay tuned to our site and social channels for more.

The 2017 Tour de France will be the launchpad for the 36yo evergreen Aussie’s 25th Grand Tour start and, incredibly, 18th consecutive Grand Tour.

Renowned for his strength, determination, willpower and mental aptitude, Hansen is road captain for Lotto-Soudal and will support team leader Andre Greipell. Bestowed the highly-respected role of Riders’ Union representative, Hansen is one of the most experience and admired men of the peloton.

The Team Dimension Data duo have developed a strong bond over the past decade with Bathurst-born Renshaw playing a pivotal role in the majority of ‘the Manx Missile’s’ many victories.

“Good ones – in the TT in 2013 and having the yellow jersey in the team for four days that year,” he said.

“Stage 13 in 2014 was my birthday. I had been in the break all day the day before, and the next day was one of the hardest I’ve ever had on the bike.”

So relatively young but so rich in Grand Tour experience, Orica-Scott’s Luke ‘Turbo Durbo’ Durbridge is just 26yo but starts his 4th Tour de France this Saturday. Calm, relaxed and a bit of a joker off the bike, once the race director in the red Skoda drops the flag, ‘Turbo Durbo’ only knows one speed … full gas.

Damien Howson, 24 year’s old and, standing 188cm tall, starts his first Tour de France. Howson’s 2017 season got off to a thrilling, albeit unexpected, start when he beat race-favourite Chris Froome at the Jayco Herald Sun Tour.

Team Sport director Matt White said Howson has worked “extremely hard” to make the Tour team. “He has proved a very valuable member of the team,” said White. “His performances at the Giro and Vuelta have shown he is ready for the Tour de France.”

Jay McCarthy, the 24yo rider from the regional town of Maryborough in Queensland, has enjoyed a stellar rise through pro cycling ranks. He spent 2 years at Tinkoff-Saxo, riding alongside such luminaries as Michael Rogers, Alberto Contador, and Peter Sagan. After the demise of Tinkoff, McCarthy signed to German team Bora-hansgrohe.

He may be young but McCarthy has ridden three previous Grand Tours – the 2014 & 2016 Giro and 2015 Vuelta. He finished 4th overall in the 2016 Tour Down Under and 3rd, behind none other than Esteban Chaves and Richie Porte, at this year’s Tour Down Under.

Generational change appears to be taking place, so far as television commentary goes for the 2017 TDF. Matthew Keenan and Robbie McEwen will lead the commentary on the SBS television broadcast and live stream webcast.

Not just confined to Australia, Keenan and McEwen’s call will also be broadcast to more than 50 countries via the Tour de France organisation’s official world feed.

What About Phil & Paul?

We all love Phil Liggett and Paul Sherwen and the good news is we’ll still be seeing them. The long-time commentators will contribute analysis and insights during the daily commentary feed.

In great news for viewers, the broadcast action will get underway a little earlier this year – from 8.30pm for some stages. Check your local guides or the SBS Cycling Central website for times & further details.

Bicycling Australia Will Be There!

Bicycling Australia are in France for this year’s tour and we look forward to bringing you all the action from the big event. 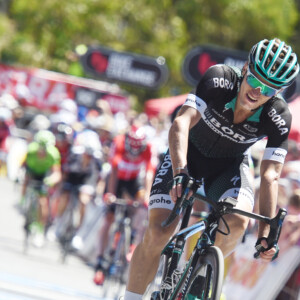 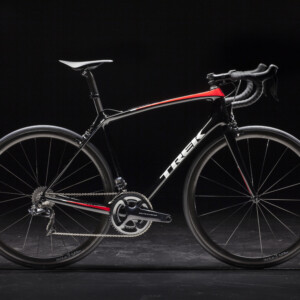