More than one hundred Victorians were called to action in the name of road safety on Saturday, with The White Bike Foundation and Mornington Cycling Club hosting the third annual memorial ride for aspiring young athlete Joel Hawkins.

17yo Hawkins was on a training ride, and just 7km from home, when he fell victim to dangerous driving on June 17 2015.

The annual ride of remembrance took place just days after five motorists died on Victorian roads, including a 61-year-old cyclist hit by a garbage truck just 16 kilometres from the site of Hawkins’ death – and almost three years to the day.

‘No War Between Drivers And Cyclists’

At the memorial White Bike Foundation director Chris Savage urged media to stop promoting a ‘war between cyclists and drivers’ and payed tribute to those affected by the recent run of crashes and  road fatalities.

“We launched the Foundation in March 2018 to educate and protect all road sharers, in an effort to prevent tragic incidents – like these – occurring on Australian roads,” he said.

“In recent months, the media spotlight has been on the so-called ‘war’ between motorists and cyclists. There is no ‘war’. We are all people, we all bleed and we all just want to get home safely.”

Supporters Travel From Far And Wide For Tribute

The Foundation’s first ambassador, Robbie Peime, returned from his maiden Ironman triathlon in Cairns to join Saturday’s ride on a handcycle.

The parents of Jason Lowndes, Graeme and Trudi travelled from Bendigo to pay their respects and participate in the Hawkins memorial ride. Jason was killed on a training ride just outside of Bendigo last December.
Savage placed a small white bike at the site of Hawkins’ and Lowndes’ death – along with two more to remember Scott Peoples and Mike Hall – during the 1,700-kilometre ride from Mornington to Canberra to launch the Foundation in March.
Leslie Hawkins, father of Joel, said accepting the loss of Joel doesn’t get any easier with time.
“But The White Bike Foundation is working extremely hard to make a major change. Hopefully that will mean less families have to go through the pain we face every day.”
Joel’s mother, Liza Hawkins, said “We are so grateful to everybody who continues to keep the memory of our beautiful son alive.”

“The work that the Foundation does helps to bring us strength in the darkest of times. Hopefully, it does the same for Graeme and Trudie Lowndes, and for all those families suffering the anguish of losing a loved one too early due to the irresponsible actions of another person on the road.”

A ghost bike was erected in Joel’s memory near the corner of Country Club Drive and the Nepean Highway after the driver of a car failed to give way on Nepean Highway at its intersection with Ponderosa Place, Dromana, on 17 June 2015.

“Safety was always a priority,” he said. “And Joel was pedantic with lights, fluorescent clothing and keeping to cycle lanes where possible. He took all the precautions he could three years ago, but it wasn’t enough.”

About the White Bike Foundation 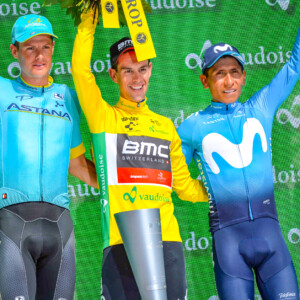