Bicycle NSW have responded to widespread media coverage over the massive increase of fines issued to cyclists over the past 12 months.

In figures released on Monday, the New South Wales government revealed more than $2.2M in revenue had been raised from 9760 cycling-related offences over the past 12 months. Most offences involved commuter and recreational cyclists not wearing a helmet or riding without a warning device i.e. a bell.

At the same time New South Wales Police fined just 17 drivers for passing too close to a cyclist. This was up from 10 the previous year.

“Bicycle NSW is not surprised to see a significant increase in fines issued to cyclists,” the peak body said in a statement.

“NSW Police have delivered a series of operations (named Operation Pedro) over the last 18 months targeting bike riders and pedestrians to enforce the road rules that apply to them. It is disappointing however to see a large focus on bike riders not adhering to rules, such as having a working bell, when only 17 drivers had fines issued for not giving the minimum passing distance when overtaking a bicycle.”

Bicycle NSW said the targeting of bike riders had resulted in a marked a decrease in injuries and cycling deaths in the last 12 months.

“Yet, alarmingly there has also been a decline in cycling participation across NSW,” they added.

“In 2015, 16.7% of people in NSW rode bikes regularly, that has now dropped to only 12.5% in 2017 – the lowest in the country according to the Australian Bicycle Council’s National Cycling Participation Survey. It’s certainly difficult to declare that the increased penalties have reduced the incidents when the overall number of people choosing to ride a bike have declined so dramatically.”

‘NSW has a complex set of road rules, and a number of laws that focus just on bike riding. While some of these are valuable and protect vulnerable road users, there is certainly opportunity to review some of the many road rules, simplify them and make it easier for our hard working NSW Police force to both know and understand the laws and how best to enforce them. To have only 17 drivers caught infringing the minimum passing distance road rule in the last year demonstrates that better support to enforce this rule needs to be delivered.

We have more than 100 records of vehicles in the last 3 months that have not given bike riders a safe space when overtaking on our roads. Riders can add their experiences to our online record and help us demonstrate the spread of the issue. We have recently been delivering a Minimum Passing Distance Challenge (funded by a Community Road Safety grant) within businesses and have seen a high failure rate for participants who try to accurately estimate the minimum passing distance they need to give bike riders. An alarming 80% did not know they can legally cross double lines, when safe to do so, in order to give cyclists enough room when overtaking. Bicycle NSW wants to see a significant increase in public education on how to share our roads so that bike riders, pedestrians and drivers all know their responsibilities when travelling in whatever transport mode they choose.

Significant research both here in Australia and from overseas proves that with more people riding bikes, the safety of cycling increases. Enforcing the minimum passing distance is only one way NSW roads can be safer for bike riders – the safer they feel the more they will ride.  Seeing this sharp decline in NSW bike riding is not a good result, it means our roads are even less safe to share between modes of transport.

Bicycle NSW ran a Bike Riders Survey in 2016 and collated some interesting information about bike riding in NSW. It is sad to see that less than one third of bike riders are women. We know that with safety in numbers, a sign that the state is improving safety for bike riders would be to see an increase in both participation in general, but also to see an increase in women choosing to ride. You can see details of the initial results on our website as well as a downloadable PDF of our first round findings.
Bicycle NSW is here to support and educate NSW Police in enforcing the MPD rule and other ways to increase safety for bike riders.

Our mission is to create a better environment for cycling, and we do that by encouraging more people to take up bike riding for achievable parts of their transport. Our flagship event, Spring Cycle, closes a traffic lane of the Sydney Harbour Bridge and dedicates it to 10,000 bike riders. We raise the profile and awareness of bike riding, encourage people to try a new way of getting around and making it easier for people to discover just how they can ride for transport in Sydney.

We would love to see more encouragement and education from the State and Local Governments to show how all road users share the space, and especially empower drivers to understand that the minimum passing distance legislation allows them to safely cross double lines to give bike riders enough space when overtaking. It’s one of our key advocacy wins that our members helped us achieve last year, and we want to see more public education on this to ensure our roads are safely shared with cyclists.
With safer roads, Bicycle NSW would be happy to see more people out riding their bikes. It is not only great for its physical health benefits but the environmental ones too.

Not to mention the increased productivity and significant improvements that people experiencing stress and mental illness get from bike riding.
In our cities across NSW, there is so much potential for people living within 10km of their workplaces to choose riding instead of the car or bus or train, which in turn improves public transport capacity and reduces traffic congestion, that it’s a win for all. Businesses who support cycling through ‘End of Trip Facilities’ and other incentives see the benefits through their staff retention and capacity.

The people who physically can ride a bike should be supported and encouraged to give it a go instead of being threatened with big fines. There is a misconception that you need to be fit to ride a bike, when actually, you just need to be able to ride a bike to take advantage and reap the physical and mental benefits.’

For further details or to support Bicycle NSW visit https://bicyclensw.org.au

Have your say – what do you think can be done to increase cycling safety, boost participation rates and create greater harmony and balance between all road users? 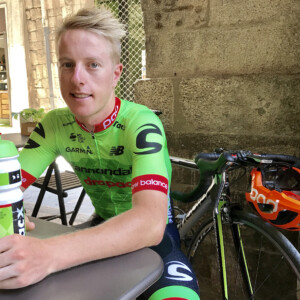 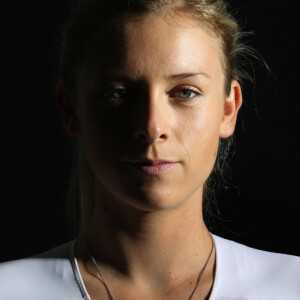