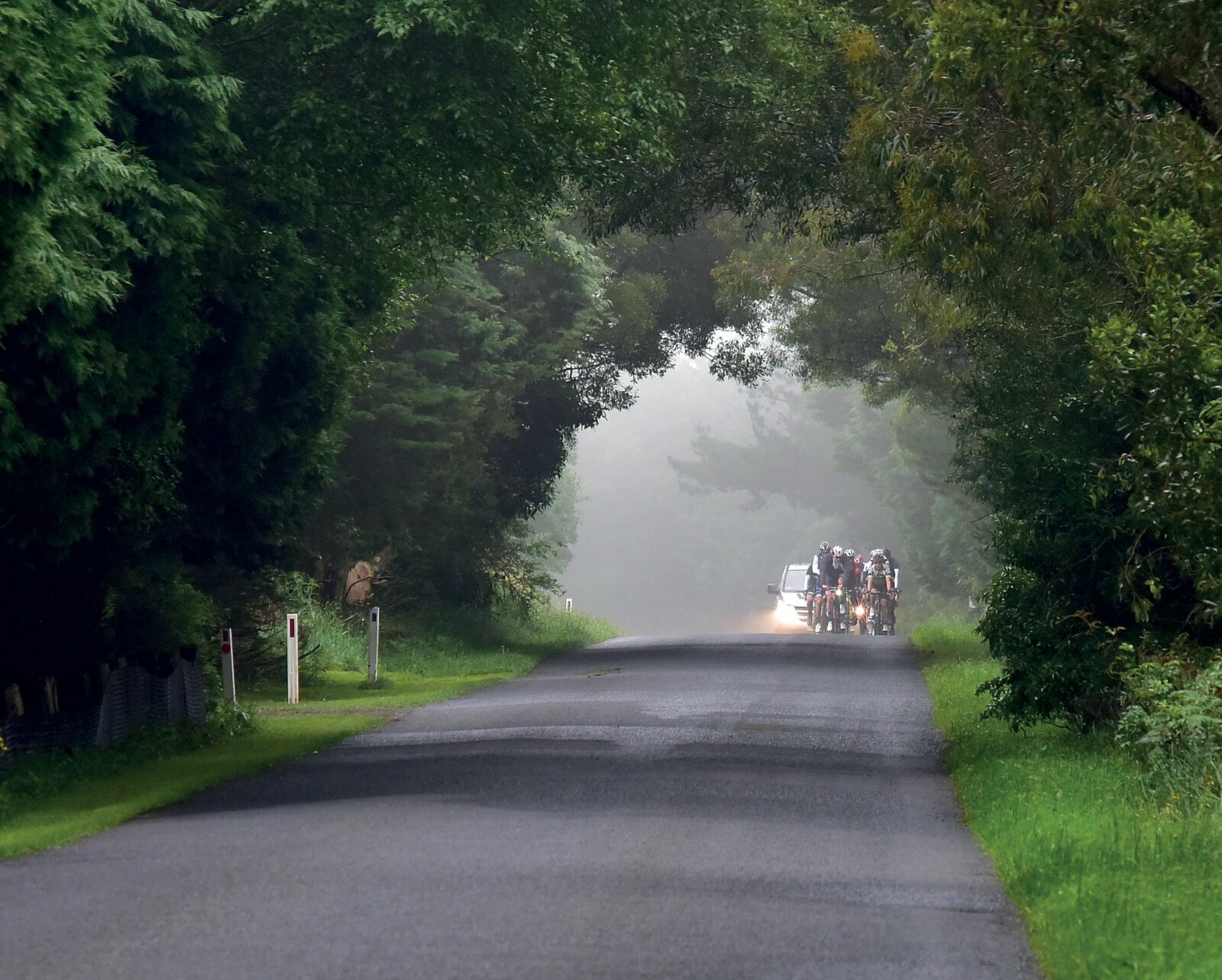 Dami Im is probably not a name that features all that often in the pages of Bicycling Australia magazine. During a recent bike trip to New South Wales’ glorious Southern Highlands the Aussie singer’s Eurovision hit, Sound of Silence, filled the airwaves virtually every woken hour. If it wasn’t on the radio or TV it was blaring from the kids’ iPads.

It was Sunday night but not any Sunday, this was a special one. Relaxing in a comfy room at Bowral’s Imperial Motel, we were resting our legs after a big day of biking, sampling just a few of the local climbs, descents and passes the Southern Highlands has on offer.

Tired, warm, happy and full, the four of us were completely content having just gorged on a sensational dinner thanks to the hotel’s onsite wood fired pizzeria.

Cleaning my bike and preparing for the next morning’s sortie to roads and regions unknown, there was the anticipation you might normally expect when cycling a foreign country.

Music filled the room – none other than the kitsch, predictable tunes of the world’s biggest song contest being battled out on TV.

Though tens of thousands of kilometres away, indeed on the opposite side of the planet, it seemed totally appropriate to be watching Eurovision from Bowral. Yes the village in the heart of the Southern Highlands is a classic Australian country town but the region certainly exudes a strong hint of Europe, well it does for me.

A Slice of Europe  so Close to Sydney
Kitted up and ready to ride, leaving the hotel at 6am that crisp Monday morning, there was a real French provincial feel in the air. Grabbing a quick cafe au lait and croissant from the appropriately named ‘Gumnut Patisserie’, the anticipation was akin to exploring the byways surrounding a sleepy little village in the middle of France.

Destination Bowral
But no … this was not Europe but the New South Wales’ Southern Highlands. Instead of being an hour and a half from Paris via TGV, the region is 90 minutes from Sydney by car. Bowral is 2 hours’ drive north of Canberra and about 8 hours (just over 750km) north east of Melbourne.

For those travelling from Wollongong and the South Coast, Bowral is roughly an hours’ scenic drive inland.
The region is serviced daily by coaches and trains. The thought of a Euro style train / bike / credit card / small pack adventure is not only extremely appealing but an affordable option.  The train trip from Sydney Central to Bowral takes just under 2 hours and priced around $20 per person with an extra $12 for your bike.

The Local Climbs
If you enjoy riding quiet, country roads set amidst picturesque rural backdrops you’ll fall in love with the Southern Highlands! Throw in the option of some of the State’s toughest mountain passes, gritty climbs and harrowing descents and we are starting to realise one of the nation’s top two-wheel destinations.

Ask a local where to ride and there’s a fair chance ‘The Four Peaks’ will be high on the list. Less daunting than its name suggests, the Southern Highlands’ four peaks rolls out of Bowral and takes in about 35km of glorious countryside that includes 440 metres of climbing.

Zach Hulm is President of the Southern Highlands Cycling Club and a passionate road, track and mountain bike rider. A four peaks regular, he rides the course most Saturday’s and can’t get enough of it.

“The four peaks was designed as a climbing ride and the perfect training course for people heading to Europe to take on such destinations as the Dolomites or Alpe de Huez,” he told Bicycling Australia.

“It’s become very popular with a group generally riding it every Saturday morning. We average 25 kph and welcome all riders – club members, locals and visitors to join us. It’s not a big ride but it’s all about the climbing.”

Everybody waits for everyone, it’s not about racing but more about people challenging themselves, he added.

A proud long-time local, Zach Hulm says the region is “up there as one of the nation’s top cycling locations.”

“The southern highlands is one of the most hidden cycling destinations in the country and the most amazing place to train,” he said.

Zach’s spot on, the region has it all – climbing, flats, epic descents … there’s track training and racing at the Bowral Velodrome. And we haven’t even started on the region’s mind-blowing mountain biking.

A long term cancer survivor, Zach Hulm is this year’s local ambassador for the Cancer Council. As organiser of the Cycle for Cancer Mountain Bike Challenge, he and a big group of locals recently rode an arduous 5 hour, 70 kilometre loop.

“About a hundred riders were involved and we were based at Brad McGee’s’ farmstay at Fitzroy Falls. This illustrates the diversity of the cycling and enthusiasm for the sport among Southern Highlands residents and visitors alike.”

The State’s Very Own Cycling Classic
With mass participation cycling booming across Australia and the world, the Southern Highlands stands out as the perfect venue for one such event.

October 23 2016 will herald the arrival of a new fixture on the national cycling calendar, the Bowral Classic.

Starting in the main street of Bowral and finishing, Paris-Roubaix style, at the Eridge Park Velodrome, the Gran Fondo style classic is an event open to riders of all ages and abilities.

Local riders like Zach are thrilled the region’s rich offerings will be presented to a wider audience.

“The Bowral Classic will really open people’s eyes to the cycling destination the Southern Highlands is,” he said.

“We are just an hour and half from Sydney but you seriously could be cycling anywhere in the world.”

As enthusiastic as he is passionate about the sport and his town, Zach is looking forward to hearing the sounds of hundreds of cyclists clip in and take up the 160km, 90km or 25km Bowral Classic challenge.

“This event, the Bowral Classic, will give people a real understanding of the region’s roads, climbs, descents. It will put the region on the cycling map and rightly so,” Zach added.

From the Mountains to the Sea
With the Bowral Classic still several months off keen participants have time to visit the Southern Highlands, spend time in the area and acquaint themselves with the diverse range of cycling on offer.

With the township of Bowral the perfect base there are cycling destinations and challenges in literally all directions.

Ride west and you’ll enjoy seemingly endless rolling country hills and a never-ending rural vista. To the east of Bowral it’s a vastly different story with several legendary descents leading toward Wollongong, the South Coast, and the sea.

A cycling trip to the Southern Highlands is not complete without traversing the aptly named Tourist Road, a scenic byway bridging Bowral with the quaint districts of Glenquarry, Kangaloon and Robertson.

After enjoying seriously delicious sustenance at the famous Robertson Pie Shop, the searching cyclist has a serious decision to make. Descend the brake pad chewing Macquarie Pass, or turn right and enjoy slightly less traffic on the (even steeper, Category 1 on the way back up) Jamberoo Mountain Road.

Either way you will be descending the Illawarra Escarpment and taking in some spectacular views from the Highlands to the sea.

Both descents (and subsequent climbs) should be treated with extreme caution and respect. There can be a lot of traffic, particularly on weekends.

Southern Highlands Cycling Club members enjoy rides from the mountains to the sea at least four times a year. Taking in at least 160 kilometres and 2500 to 3000 metres of climbing in a day, these rides are not for the faint hearted.

True Sporting Greats
You might think there’s something in the Southern Highlands water that helps breed champions – the region certainly has given us some true sporting greats.

World cricket icon Sir Donald Bradman was from Bowral, a visit to the town’s Bradman Museum and International Cricket Hall of Fame is a fascinating experience. Cricket tragics will look to the bronze statue of ‘The Don’ in awe, even those new to the sport can’t help but admire and be inspired by the Bradman story.

It doesn’t end there, Orica Green EDGE sprint sensation Caleb Ewan is yet another legendary Southern Highlands athlete. The ‘Moss Vale Missile’ may be only 21 years young but already has the palmares of a retired champion. It’s unlikely you’ll see him scooting around the Highlands during the pro racing season but if you see a green and blue flash at any other time it might well be Caleb!

Activities for the Family
Illawarra Fly – Knights Hill. Enjoy the thrill of a zip line tour 35 metres above the rainforest. There’s also a scenic tree top walk and 45 metre tower offering views over the Illawarra escarpment and all the way out to sea.

The Bradman Museum and International Cricket Hall of Fame – St Jude St Bowral. A trip to Bowral isn’t complete without a visit to the Bradman Museum. There’s a memorial statue of our greatest ever cricketer, the picture-perfect Bradman Oval, and a cafe alongside the interactive and cutting edge museum.

The Empire Cinema – Bong Bong St Bowral. A classic old-world cinema which celebrated its 100th birthday in 2015. They don’t build them like this anymore, well worth a visit.

Fitzroy Falls – Morton National Park. Stunning scenery abounds in this amazing national park. Wildlife, walking trails, lookouts and outdoor activities for all the family. There are toilets, a picnic area and an onsite cafe.

Where to Stay
The Imperial Hotel Motel – Bong Bong St Bowral. With clean, comfortable and spacious rooms, the four-star Imperial Motel is the perfect base while exploring the rich and diverse Southern Highlands region. Bookings essential 4861 1779.

A full range of the region’s accomodation options – from bush camping to your own stately manor, can be found on the Southern Highlands website – www.southern-highlands.com.au

Where To Eat
Where do we start? Cafes, restaurants, bars and cellar doors abound throughout the Southern Highlands.

A stroll along the main streets of Mittagong, Bowral, Berrima or Moss Vale will reveal all manner of options for even the fussiest of foodies.

Highlights
The Imperial Hotel – Bowral. Authentic wood-fired Neapolitan pizza with the freshest of toppings on the best-ever crust!

The Shaggy Cow – Mittagong. A licensed cafe serving a wide range of delicious food made from the freshest local products and ingredients. Amazing coffee and the perfect place to stop during a local ride.

Robertson Pie Shop – Robertson. Perched on the side of the road near the top of the Macquarie Pass is the legendary Robertson Pie Shop. And it’s not just meat pies – there’s something for everyone. Tip – the lemon meringue is to die for.

Raw and Wild – Bowral. With an ever-increasing number of cyclists paying closer attention to diet and health, Raw and Wild Market and Cafe in Bong Bong Street Bowral is well worth a visit. Guilt-free food and amazing coffee. 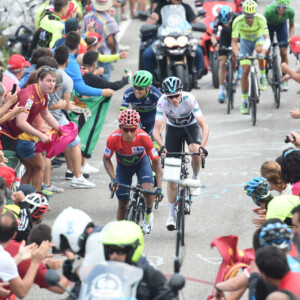 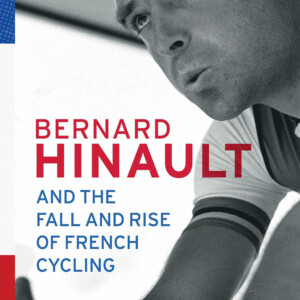