Have you ever gone out for a ride or worse still signed up for an event and had the weather turn against you?

That is exactly what happened at the Volta a La Marina on the Spanish Mediteranean coast earlier this year. The wind became so strong that the stage was cancelled for safety reasons. Many riders struggled to make any headway in the gale force winds. Some were blown over and even while standing struggled to retain their footing…just holding onto your bike was hard enough with some flapping in the hands of their riders like kites on a string! Suffice it to say, it was not a great day for the 80mm wheels. Check it out. 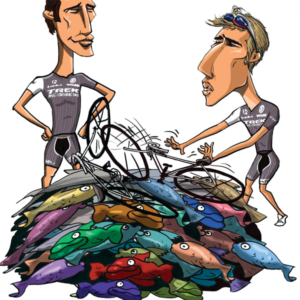