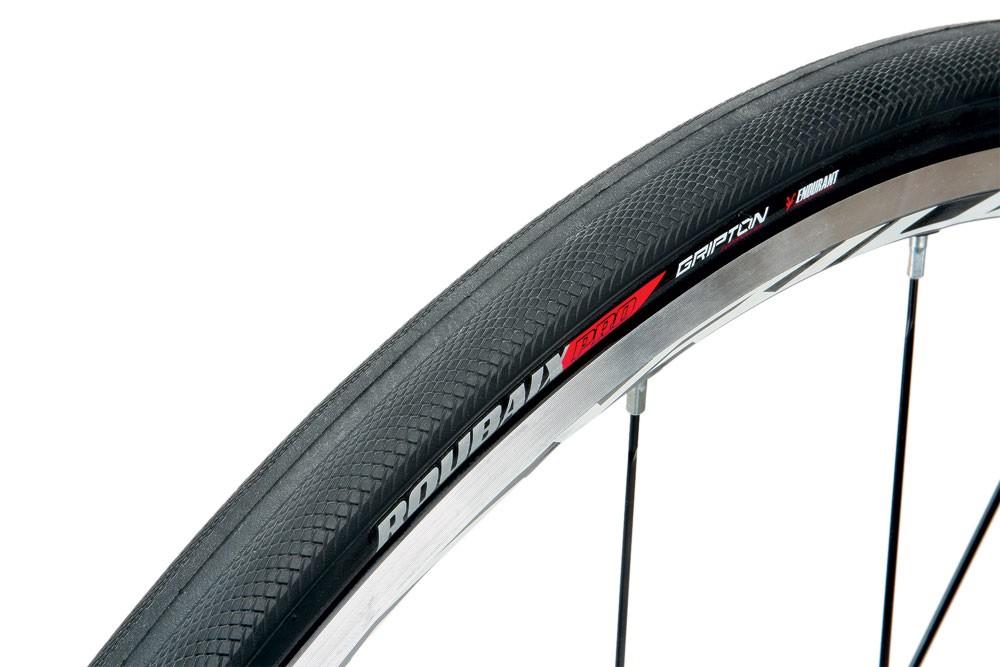 The name Roubaix invokes visions of the peloton racing across the ancient cobbled roads that are the signature of that Spring monument, the Paris-Roubaix classic race. Specialized has also used the name for a family of rough road tyres and it is one of these that I am writing about.

The Roubaix tyre family has four members. One tubeless tyre for those riders having made the conversion away from tubes; one armoured tyre with a different tread rubber and a heavy-duty puncture system; and two regular-duty tyres that differ only in width. The Roubaix Pro on test here is the smaller of the two in that last category. Sizing nomenclature will look familiar to mountain bikers, but is unusual for a road tyre. The 23/25 tells us that the tread is 23mm wide and the tyre body is 25mm wide – using normal convention this is a 25mm tyre. Unmounted this Roubaix was 2mm wider than the S-Works Turbo 26 reviewed elsewhere in this issue. But a tyre’s width in use is dependent on the rim it is mounted on – inflated on my traditional narrow rims the Roubaix measured exactly 25mm across. There is also a wider 25/28 (which would be better suited to the cobblestone roads of Northern France than this narrower one) to cover the need for more air volume in the tyres.

Specialized has a rubber compound they call Gripton, which appears on their top racing tyres due to its claimed low rolling resistance coupled with high grip. The Roubaix’s intentions as a race tyre for poor roads are confirmed by the use of Gripton on the Pro model tested here. I got to try out these tyres on everything from good quality tarmac and pothole-strewn chip seal roads to dirt and even crushed gravel and also dry to wet and (unfortunately) a few rides in sub-zero freezing. They felt great, were always assuredly planted feeling and I have no punctures to report either – in short I liked these tyres a lot.

The Roubaix Pro rolled without effort – not very scientific I know, but I have tested some tyres that were notably sluggish in just rolling along. The feeling of the road surface was better than with the tyres I was using before – tyres I have used for years for their combination of performance and puncture resistance. I am a fan of slick road tyres – if I wanted tread I would grab my mountain bike – and the Roubaix is pretty close to a pure slick. The centre of the tyre is devoid of tread while the sides have more of a texture than an actual tread. The rubber layer on these was thicker than on a light weight racing tyre which should increase longevity and, initially at least, reduce susceptibility to punctures. The 260 gram claimed weight is right where I would expect it to be for the width and amount of rubber.

To let you know when it is time for a new tyre, each one has two small divots in the slick centre tread – when the hole vanishes so should the tyre (to the trash bin). There is a recommended direction for these tyres but the arrow is quite small and would be easy to miss if you weren’t looking for it. Branding is minimal on these tyres so it would be easy to pair them with a non-Specialized bike. If you need one tyre to do it all – some racing, some training and on a variety of surfaces then this is a tyre worth checking out. 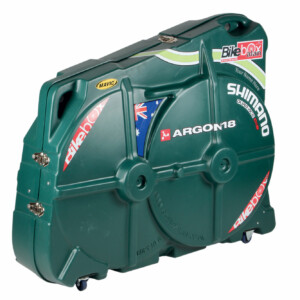