Mud, sleet, slippery roads and dirt-disguised riders – that was the scene from Tuscany as the world’s best male and female riders tackled their respective rain-soaked 2018 editions of the Strade Bianche.

Known as ‘the white road classic’, those famed white Tuscan sectors looked more like terracotta, chopped up from the bikes, motos and cars of both the men’s and women’s editions of an epic classic.

Belgium’s Tiesj Benoot of Lotto Soudal claimed victory with a stunning solo effort after a well-timed attack on the final gravel climb.

The podium illustrated a brilliant win for Benoot, was fascinating form indicator for Bardet – who’s recently been training for this year’s Tour de France on the cobbled sectors of the Arenberg – and demonstrated the immense talents of a 23yo triple world champion.

“I was a lot closer to the win than I thought but I suffered in the last part of the race,” Van Aert said.

“I guess I made a good move with Romain Bardet – it was far from the finish line – but in the last 50km I ran out of sugar. I was completely dead,” he continued.

“Especially for the coming years, this is a great start to my Spring classics career. I didn’t expect to achieve such good performances on the road and I first have to enjoy this podium at the highest level of cycling. Anything else in the coming classics this year will be something extra and I’ll come back to the Strade Bianche for more in the future.”

Anna van der Breggen, seen with sleet on her sunglasses and face during the closing kilometres of the race, said as the race went on the weather got colder and colder.

“After the fourth dirt section there was some tarmac and we all got very cold. The main thing was to try and keep warm – the hot tea I was given helped tremendously!

“You know when the finale starts, it gets better but you can’t use your hands anymore to grab food in the pockets and, in the downhills, you get mud and wind in your face!

“But I still felt quite good in the end, although we all could feel it was tougher than normal. The dirt was very sticky, so I felt it was better to attack in the steep climbs. I actually felt better alone. I looked back in a downhill. I have never rode a race like today’s. It’s truly a race on its own: this is the only one with dirt roads, uphills and downhills. I don’t know if I should make a list of wins but it’s absolutely one that will remain in my memory.” 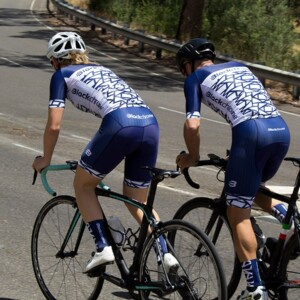 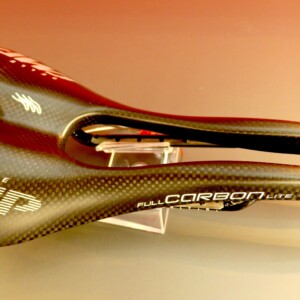