When the issue of cycling safety finally made it into mainstream debate on national television, the seemingly erudite panel declared: ‘Separate cyclists from cars – problem solved, job done’. If only it were so simple, writes Anthony Tan.

After six years without its mention, Australia’s most revered panel program could ignore the issue no longer. Cycling, finally, had entered the mainstream debate.

Okay, it was the last question on that night’s episode of ABC’s Q&A, aired on March 24 but I’ve always been told that if you want to be remembered, make sure you’re either the first or the last.

Standing up, the questioner specifically addressed Golden Globe award-winning actor Rachel Griffiths, one of the five panellists, who he knew was a regular cyclist.

“There’s been an increase in these accidents and more often than not it’s been the cyclists that cry wolf. There’s been many times, as a pedestrian, I’ve almost been run over because the cyclists still fail to follow road regulations in regards to (stopping at) red lights.

“Has it gotten to the stage where we need, say, designated bicycle lanes – like roads for bicycles – or should everyone that wants to ride a bike on a road just get a bicycle driver’s licence?”

The question was largely incendiary – cyclists “crying wolf” after being doored; why doesn’t everyone that wants to ride a bike “just get a licence” – and, judging by her opening remarks, Griffiths took the bait.

“I think this is a very timely debate to have and I think, as we try and get more cars off the road and stop people from getting obese, these incidents are going to come up more.

The incident in Sydney that put six cyclists in hospital including four in St Vincent’s happened eight days before the Q&A episode in question. While it was known the 28-year-old driver who hit the bunch on Southern Cross Drive, a main artery that provides access to the central business district for suburbs in southern Sydney and south-eastern Sydney, was clearly negligent, at the time the show aired, it was unknown if there was any malice involved (though unlikely, on face value) and charges were yet to be laid. Alan Davies, a transport and urban development consultant who writes The Urbanist blog for Crikey, wrote in his column the following day: “I also don’t think Rachel Griffiths’ reference to motorists ‘deliberately mowing down cyclists’ was helpful. The issue isn’t the rare alleged psychopath; it’s motorists who carelessly and heedlessly scare, injure or sometimes kill cyclists. It’s usually unintentional, but it’s common.”

In fact, four days before the show aired, one of six injured, 59-year-old Gillian McDonald, whose partner is likely to spend years recovering from head and spinal injuries resulting from the accident, told the Sydney Morning Herald: “I really feel very, very sad for him. I think it was unfortunate he wasn’t driving attentively and it’s very unfortunate the damage has been done, but I think he’s going to be damaged as well.”

Yet Griffiths continued to push the aggressive driver theme. “I’ve spoken to a lot of cyclists and they feel they’re often the victim of a deliberate act of aggression – often by a male driver, who is making an assault with a deadly weapon. I think the charge, if it can be proved, should be, if not attempted murder, assault with a deadly weapon. Because if you deliberately hit a cyclist with a moving vehicle – deliberately hit a cyclist – it really is like shooting a bunny in a cage.”

Trucking magnate Lindsay Fox, another panellist that night, believed “it is detrimental to both the motorist and the cyclist” to share busy thoroughfares, using Melbourne’s St Kilda Rd as an example. “We cannot mix the two together – it is an accident, of some proportion, waiting to happen. If the councils and the government want to do something about wellbeing and cyclists, create their own tracks. Do something that’s constructive, not put them (cars and cyclists) together,” he said.

Another, broadcaster and president of the Collingwood Football Club Eddie McGuire, said “It’s not people with the basket on the bars anymore; there are people going like they’re in the Tour de France. We have to put in the infrastructure. It’s as simple as that. Once upon a time, maybe people rode their bike around the place – now there’s thousands of ‘em. So we have to work it out. Let’s plan for what’s happening, not what we wish was happening. Do what’s actually needed to be done.

“We need to have bike lanes. We probably need to have designated streets in the city in particular, and the ins and the outs of the city, which are for bikes and others that aren’t for bikes, so you know (that) if you’re driving down one street, if it’s a big bike lane in there, that you’re aware of it. It’s not that hard – I think we just need to compromise on the whole situation. The problem is everyone thinks they’ve got a sense of entitlement: ‘I’m a bike rider, I deserve to be on the road, I don’t need to pay for registration’; ‘I’m a car driver, get off the road, you should be paying registration’… Whack, whack, whack – everyone’s arguing.”

There is also the cyclists versus pedestrians issue, as raised by the questioner on Q&A. Just as cyclists should feel safe riding on any roads they choose – after all, that is the inherent beauty of the bike, to be able to go wherever and whichever way you want – pedestrians, equally, have the right to feel safe along any footpath or crossing.

“As far as I’m concerned, the dichotomy between the speed of a cyclist and that of a car on freeways, highways and the like creates a recipe for disaster, no matter how wide the shoulder is for the cyclist/s.”

“For too long, authorities have bowed to the demands of selfish cyclists and their lobby groups. Truth is, our cities are dominated by cars because they are sprawling. We have no equivalent of Amsterdam and should stop pretending we do,” read part of an editorial in The Australian newspaper, published between the incident on Southern Cross Drive and the episode on Q&A.

More misinformation to fuel anti-cyclist sentiment in our cities. Nice one, News Limited.

As Alan Davies noted on Crikey, Sydney and Melbourne’s CBDs are not dominated by cars; around 70 to 80 per cent of work trips are made by public transport. Cities around the world are clogged not by bicycles but by those (minorities) who, for one reason or another, continue to use cars or taxis to travel to work. Third, the CBDs are not sprawling; rather, our outer-lying suburbs are sprawling from the CBDs.

Can conflict between cyclists and cars be resolved in one fell swoop through infrastructure, as Lindsay Fox and Eddie McGuire suggest?

Can the solution be so beautifully simple?

On arterial roads, yes – separation makes sense. As far as I’m concerned, the dichotomy between the speed of a cyclist and that of a car on freeways, highways and the like creates a recipe for disaster, no matter how wide the shoulder is for the cyclist/s. The inevitable increase in vehicular traffic – and yes, I’m including bikes, since they’re classified as a vehicle – only augments the potential for life threatening, and in some cases, life-ending accidents.

But as Davies wrote, “It would be a disaster if cycling were only seen as a legitimate activity if it is confined to segregated, dedicated bicycle paths where it doesn’t interrupt driving. It took decades to build cycling infrastructure in receptive Dutch and Danish cities; it would inevitably take longer here.” In all Australian cities with perhaps the exception of Canberra, where cycling infrastructure has not been pre-planned, to create a segregated bike path would mean reducing a double-lane road to single, or removing a footpath, which makes little sense since for the foreseeable future, the number of cars and pedestrians will outweigh cyclists, literally and figuratively.

Besides a law enforcing a safe distance between cars and cyclists – as I write, currently under trial in Queensland – a minimum of one metre when passing cyclists in a 60km/h or less speed zone, and 1.5 metres where the speed limit is over 60km/h, and increasing the punishment for drivers who hit kill cyclists, wilful or not, to a murder charge, capping the speed limit on busy shared roads to 60km/h, and banning cyclists on roads exceeding 70km/h would appear sensible. It would mean that the majority of roads could still be used by us cyclists, but reduce the likelihood of high-speed collisions where hit-from-behinds are often fatal. (A 2006 Australian Transport Safety Bureau report found the most common cause of death for cyclists was being hit from behind by cars.) I would also like to see a law passed where bunches should not exceed 40 riders and, during peak times, half that number so drivers can easily overtake without becoming exasperated; the latter often leading to unfavourable outcomes.

“We can think of high quality, segregated bicycle routes as being something like freeways. Cyclists must have a safe way of travelling on secondary and local roads to get from these ‘cycleways’ to their ultimate origins and destinations,” Davies said. The previous federal government’s ‘Walking, Riding and Access to Public Transport’ report, released last year, noted the lack of continuous, convenient connection as a key barrier to more people using cycling as a mode of transport.

While the Abbott government’s ‘Improve Road Safety policy’ conceded “the increased participation in cycling, for health, recreation and transport has not been matched with the same degree of improvements in infrastructure and community information about sharing the road environment”, they weren’t able to cough up for additional cycling infrastructure – yet they found an extra $8.2 billion over six years for “major infrastructure” projects.

Surely our cycling-mad PM can do better than that?

Less cycling-related fatalities should not be seen as utopian. In the last 20 years despite car ownership going through the roof, there were 13 million registered passenger vehicles in 2013. According to the Bureau of Statistics the road toll has halved and is on a downward trend. Over the same period cycling fatalities went from an average of 52 per year in the 1990s to 36 per year in the 2000s, before creeping back up to 39 per year for the first four years of this decade. And with 50 lives lost, last year’s cyclist death toll was the highest since 1997.

A combination of random breath testing, reduced speed limits, speed/red-light cameras and education showed how it can be done for cars. There’s absolutely no reason why a similarly tailored program couldn’t do the same for cyclists, allowing all road users to coexist more happily and healthily. 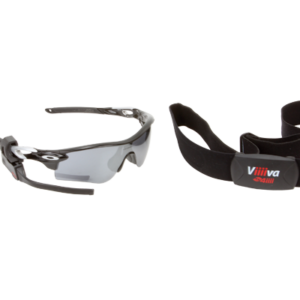 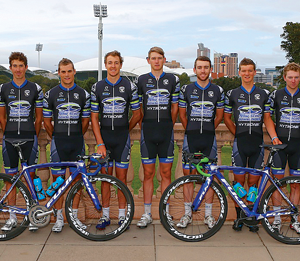