Alberto Contador has proven his Vuelta and indeed career are by no means over with a stunning attack that dominated and dictated Stage 15 of the Spanish Grand Tour.

The veteran Tinkoff rider set the 118km stage alight, racing to sixth over the stage and catapulting himself to 4th overall.
Hitting the afterburners early in the stage Contador led a dozen or so riders, including race leader Nairo Quintana, on a high-speed tour of the central Pyrenees.

With none of the other top 10 riders present at the start of Contador’s bold attack, he and the small group made the most of the opportunity and managed to keep the pack at bay.

Awarded the most combative rider award for the stage, Contador’s race plan was simple – go out at full gas and do his best to maintain it. 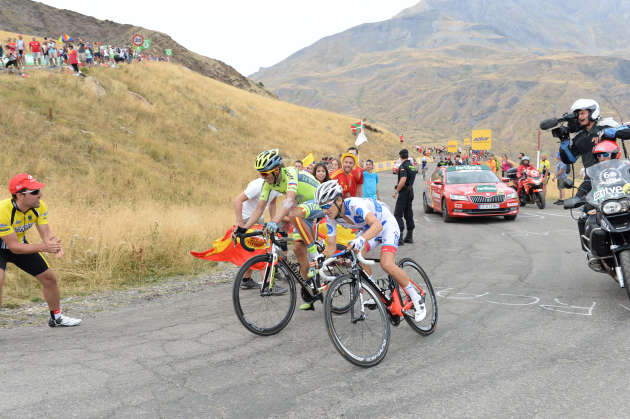 “When I crossed the finish line yesterday, I was gutted because the form of my legs didn’t correspond to the result,” he said.
“I had a very strange sensation after the stage and I wanted to put it behind me and focus on today.”

“I wasn’t extremely optimistic because the climbs weren’t very hard. Yesterday evening, I was reading the race book, looking at the gradients of the climbs in order to see what we could do. I knew it it would be complicated, so I decided to start at full pace. I was aware I was making a dangerous gamble because I knew that if they were able to catch me in the finale they would be able to drop me from the group of favourites. It was a gamble and I think it led to a great result.”

Video of the Final Kilometre

“Sometimes you don’t win, like today. The final kilometers were tough,” said Contador.
“However, I think we had a beautiful showing today and the spectators enjoyed it, regardless of the result of the stage or the GC. I’m happy with what we achieved, it was a better day than yesterday.
“I will give my best in the rest of the Vuelta now. It isn’t over yet!” concluded Contador.

Italian Gianluca Brambilla of Etixx-Quickstep won the stage with Nairo Quintana a close second.
Chris Froome, isolated with the main bunch, lost 2:39 on the short but gruelling stage. Contador now sits fourth overall while Froome is second, 3:37 behind Quintana and Esteban Chaves is third 20 seconds back. 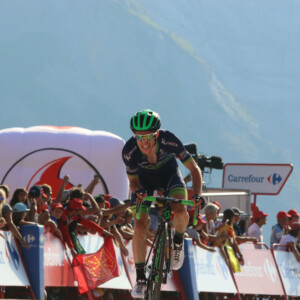