European National Champion Anna van der Breggen has made history as the undisputed queen of Ardennes after soloing to victory at the inaugural women’s Liège-Bastogne-Liège and becoming the first woman to complete the legendary Ardennes trifector. The Boels-Dolmans rider and winner of the last three editions of La Flèche Wallonne Féminine, took her third victory after claiming the Amstel Gold Race last Sunday and La Flèche Wallonne on Wednesday.

“I was aiming to be good this week, but I never expected something like this,” said Van der Breggen. “It was an important week. I hoped to win one of them. I think Liege is a beautiful race, so if I could win this one, I’d be really happy but to win three of them. Wow.”

“I tried my best to get rid of the Boels girls,” said Niewiadoma. “Unfortunately it didn’t work out. They are both really strong and for sure they showed it from the first Ardennes classic. At the end, I’m kind of happy to get again third – at least podium spot.”

Officially just “Bastogne-Liège” for the women, as the 134 kilometre race begins where the men’s race turns around, and featured four significant climbs, including Côte de la Redoute, Côte de La Roche-aux-Faucons and Côte de Saint-Nicolas before the final climb to the finish line. The 134-strong peloton remained mostly together for the opening hour of the race, despite attacks from riders such as Aude Biannic (FDJ Nouvelle Aquitaine Futuroscope) and Jeanne Korevaar (WM3 Energie) who gained 1:18 before being reeled back in at the first & longest climb: La Vecquée.

With an average gradient of 4.9%, the Côte de la Vecquée proved tough for many riders with the peloton reducing to around 40-odd riders surviving the hectic pace on La Vecquée and then Côte de la Redoute. As the group further shrunk, Niewiadoma attacked.

“I said to myself: ‘ok, I really need to go full here,'” Niewiadoma explained. “I knew if I didn’t go full for sure [Van der Breggen and Deignan] are there, and it will be the same scenario of Amstel and Fleche.”

“I had a little gap already at the top of Saint Nicolas,” said Van der Breggen. “It was over the top, so everyone was at their limit at that point.”

In a similar move to the ones that nabbed her the win at Amstel Gold and Flèche Wallone, Van der Breggen rode the final kilometers alone to celebrate her third win in eight days. 17 seconds later, Deignan bested Niewiadoma for second place.

“This whole week has been really good,” said Deignan. “We’re all really grateful this has happened. It’s an important step for women’s cycling. They’ve done this race properly – a full distance, hard race. I think we showcased what women’s cycling is about today. This is the kind of platform we need.”

The Women’s WorldTour continues with the Tour of Chongming Island from 5-7 May. 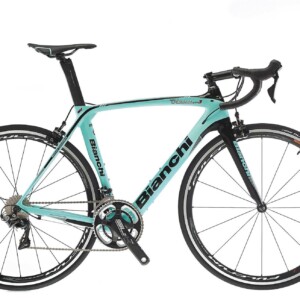