Search
Menu
Search
A bizarre incident two years ago caused elite rider Brad McGee a host of back problems that affected his career and life. Through Australian expertise he has now fixed the problem and is fired up for 2007. Claire Vermande spoke to him for this detailed report.
It was one week before the 2004 Tour de France when Brad McGee suffered a huge set back to his cycling career by seriously injuring his back following the ‘pot plant lifting incident.’ “Looking at them now, ‘pot plant’ is not really painting an honest picture really,” McGee reflects. “They were blooming olive trees and heavy terracotta tubs basking in the sun. I have to ask, ‘What was I thinking?’ They must have weighed 50kg each and you have to understand that one week out from the Tour and only a few weeks since running eighth in the Giro d’Italia I was quite the fly-weight,” he recalls candidly.
Spinal Damage
As McGee lifted the pots he was doing considerable damage to his spine. He suffered a slight herniation between the L4/5 disc as well as some disc compression that was aggravating the sciatic nerve when he extended himself over a set of handlebars. This problem translated into considerable power loss when McGee was on the bike, resulting in his left leg’s diameter now being three centimetres thinner than before. 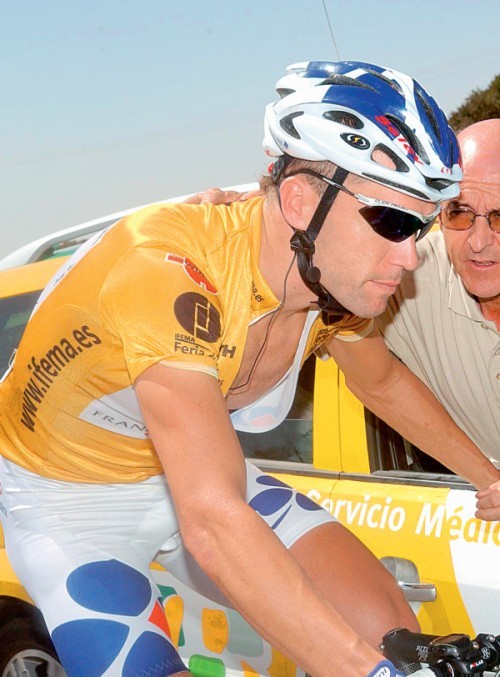 “To realise I am around three centimetres thinner on my left leg diameter  shows what was going on,” the 30-year-old says. “The power loss was a big problem and with a strong right leg trying to compensate I must have looked like I was riding with a rock in my shoe.” Another consequence that had arisen from the back problem was the pain McGee was experiencing while on the bike. “What seemed strange at the time was that I never suffered any symptoms off the bike apart from some mild lower back ache and occasionally the sensation of some ants running down my legs at night,” he explains.
“But nothing likes the burning numbness down the left leg, especially in my left foot, that I was getting on the bike.”
This pain caused the premature ending to his 2004 Tour de France campaign when he pulled out after the fifth day and exposed a mix of problems right up to this year’s Giro where he found the numbness and burning too much to bear.
Knock On Effects
“What brought the problem on again so hard this year was a mix up with my Time Trial bike position,” he says. “I suffered tendonitis in my wrist from my first few training sessions on the Time Trial bike so I decided to change to my 2005 bars just prior to the Paris-Nice Prologue. Sure the tendonitis settled down, but I was riding three centimetres lower in the front end with the change of bars. I didn’t notice it until much later but it is now understood that lifting or searching for power in an over-extended position is exposing the lower back to certain protest.” McGee was originally being treated by his team doctor and had seen a few specialists in Paris. He was set to have laser therapy in July 2006, however, while the surgeon was on holidays, McGee’s trainer in Monaco, Leigh Bryan, made contact with the Physiotherapist/Strength Co-ordinator for Rugby League’s Manly Sea Eagles team, Dean Robinson. He immediately diagnosed the problem even though they were only in contact via telephone. McGee also contacted the New South Wales Institute of Sport (NSWIS) and through the guidance of Kenneth Graham he was put into contact with Head Physician Dr. Donald Kuah. “Against the wishes of my team I booked my ticket and within hours of landing in Sydney I was taken in by these specialists and we began working on a plan of action,” McGee says. “Through Dean I was also seen by Dr. Tim Steel, a Neurosurgeon from St. Vincent’s Hospital and it was evident almost immediately from the views of both doctors that surgery was not the option as long as other options existed.” 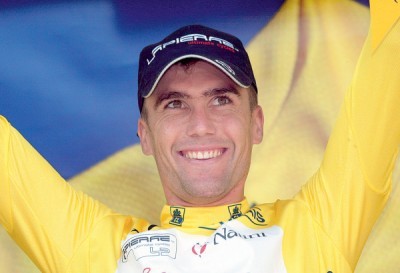 The doctors gave McGee two options, the first a series of cortisone injections in the problem area. He had an injection in Monaco after the Giro to try to reduce the symptoms but it was revealed by scans that the injection was not close enough to the problem area. He was then injected again once he was back in Sydney at Royal North Shore Private Hospital. “I immediately knew they had hit the jackpot as the needle actually touched the nerve which sent a shot of pain down the same line of pain I was receiving on the bike,” he recalls. “Then the product was injected and bingo again. I shudder to think about it but within days I was ready for option two.”
Core Wakeup Call
Option two was what McGee referred to as ‘Something of a needed wakeup call’. It involved the need to strengthen his core and to keep it permanently strong. Without the extra strength he would risk continually having these types of problems. “Injections and Laser treatments can take care of symptoms but it is from poor core health and instability between muscle groups that the problem exists in the first place… okay, and the careless lifting of pot plants!” he smiles. NSWIS Strength Co-ordinator Dave Clarke was then brought in and in three weeks he re-taught McGee the finer details of core strength and designed an exercise program to help him regain a healthy state. “I had been doing core strength stuff for many years but like most roadies, the gym was a pre-season thing and soon enough forgotten when the 200km plus days kicked in around February…big mistake,” McGee asserts. With the problem understood and the injection treatment having an effect on his symptoms, McGee was in the gym five days a week and was slowly reintroducing himself to the bike. “It was around the fifth of August this year that I finally cracked it, McGee adds. “I remember returning from a three hour ride with a big grin on my face as I just knew it was over. The idea was that if any symptoms resurfaced then it would be back for another injection. It is now mid November and not a sign, not a tickle, nothing. “It is never really going to be over as any loss of attention to my core program or a major stuff up with my position again could cause problems but I now appreciate pain free riding and that will forever be my motivation to stay on top of this problem.” McGee’s first race back after these problems was the 200km Classis de L’Indre on August 20 where he finished the race despite not having done a training session over 120kms for two months. McGee says his endurance is better than ever and being pain free makes him just happy to be out there. 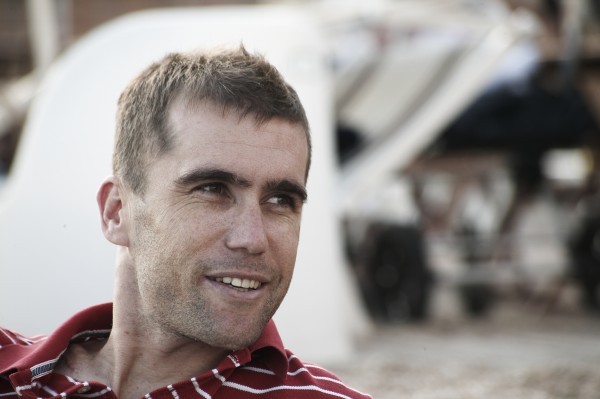 “The power loss was a big problem and with a strong right leg trying to compensate I must have looked like I was riding with a rock in my shoe.”—Brad McGee
Pain Free Pleasure
“Yesterday (November 15) I was out for nearly five hours on my mountain bike here in Monaco for no reason other than pure pleasure,” he says, clearly thrilled. One thing McGee says he still needs to work on is his top end power ‘As it has been many months since I put the smack down at over 500 watts with two even legs. “Even the few solid prologue performances I managed earlier in the year were done with one and a half legs. I can already see through my gym exercises that the strength and co-ordination is returning to my left leg,” he said.
McGee is now preparing himself to come into the 2007 season ready to race again. He has booked in some track racing during the winter and says he won’t be putting his ego into hibernation. Next year will also mark McGee’s tenth season with his pro team, Francaise des Jeux. “Time surely passes quickly,” he laughs. “I remember turning pro and thinking 10 years was a career. Now I sit here at the other end of 10 years and could not for a second consider being close to the end.”