Search
Menu
Search
Sara Carrigan has always cherished her downtime after a long season, but says it is important to keep active with some cross training and running with her Jack Russell, Nugget.
After a long season in Europe that extends from January to October, I enjoy nothing more than returning home to Australia and allowing my bike to become rather well acquainted with the hook in the garage. The National Championships are held in January and the World Championships are at the end of September so it makes for a lengthy season. Rest is certainly well deserved and a perfect time to unwind, recover and reflect. I enjoy taking a whole month away from the bike and indulging in some of life’s simple pleasures such as sleeping in, staying up late and enjoying the odd party or two with friends and family. This month is more of a mental break than a physical one and ensures that I am keen and ready to go for the following season. Without this break, I don’t think I would have been able to continue non-stop for the eight years that I have. 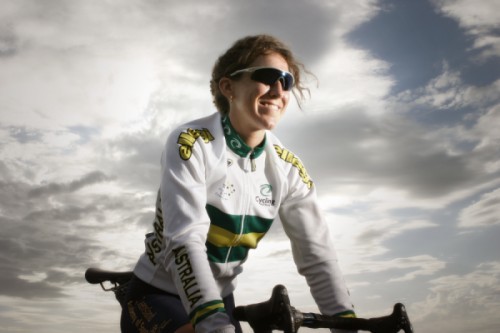 “Sometimes my body feels so heavy and ‘gunky’ after stopping from training that I feel the need to get the body going and the blood flowing.”
Time for Recharging
Actually, come to think of it, you would be hard pressed to find anyone who would be able to passionately pursue one thing for an extended period of time without some sort of downtime to ‘recharge the batteries’ or to keep the flame of passion and drive fiercely burning. This time of year is certainly enjoyable and I usually don’t miss riding during this month. There is a likelihood of stacking on the kilos at this time, and for me, taking a break also encompasses a relaxed diet, so this is not a good combo.
Four weeks is time enough to gain a bit of weight but sometimes necessary for the body to recoup. However, I found that during my seven month break, consumption of food more than halved and what had been the norm for years, had reset and resulted in big changes in my metabolism. While it is important to keep active in the month break so as it won’t be too difficult when the time comes to get back into training, I prefer not to schedule anything. Everything is usually so structured throughout the year so it is nice to simply do something on a whim or when I may feel like it. Sometimes my body feels so heavy and ‘gunky’ after totally stopping from intense daily training that I feel the need to get the body going and the blood flowing.
Cross Training
I enjoyed running before I began training seriously for cycling, so occasionally I will pull on the runners and go for a five kilometre jog around the block with Nugget, our Jack Russell. ‘Nuggy’ also loves a ‘leash free’ run on the beach and I think I am almost as exhausted as he is when we get home! As well as enjoying the odd mountain bike ride with my brothers and the occasional surf ski paddle, the one thing that I absolutely love, is not feeling constantly tired. When in full training, everyday tiredness becomes the norm with sore and fatigued legs. So not only is this break valuable for a mental rest, but also to allow the body to recover and become strong again before another gruelling season. It is a great time to get on top of any recurring injuries without the pressure of up and coming races and the need to perform. However, this one-month ‘offy’ always whizzes by in a flash and the daily training regime begins before I know it. Actually, even the past seven months away from the bike this year has flown. Working hard and efficiently is important but I believe relaxing and recovering is just as equally important. If it was all work and no play, I don’t believe my commitment or work ethic would be anywhere near optimum. Balance is the key but how you approach it is totally personal. 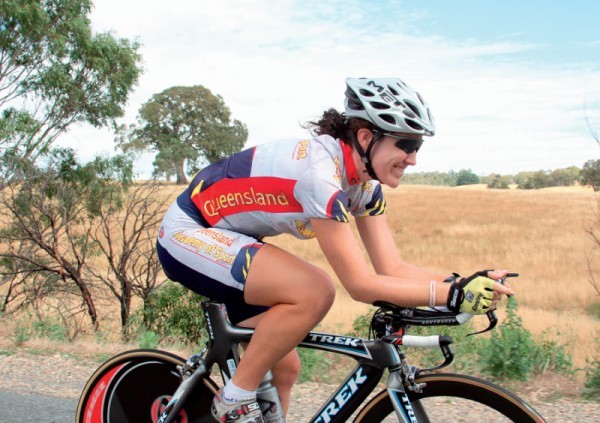 Sara Carrigan enjoys the off season but knows when it’s time to ‘crank it up’ again leading into season campaigns or important events such as the Nationals.