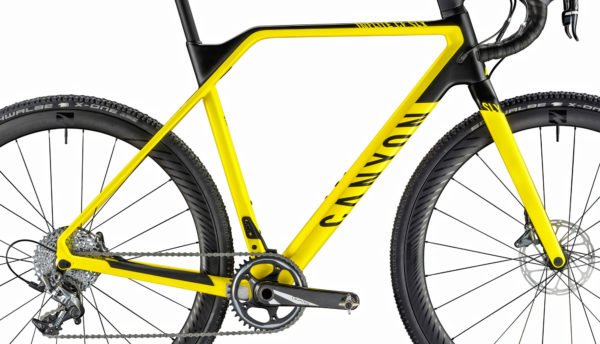 With a unique frame design that incorporates a flat shoulder carrying section (that’s been patented by Canyon), the bike has a frame weight of 940grams in medium.

The Inflite CF SLX will be available in a 1x or 2x setup, and as a frameset. The bike is reported to weigh in at 7.6 – 8.1kg depending upon build.

650B Wheels On Smaller Frame Sizes

Smaller riders don’t miss out on the action with Canyon introducing two new sizes, 3XS and 2XS, these models designed around a 650B wheelset,

“(This is) for maximum mud clearance, makes for seamless dismounts, enhanced handling control and a bike that stays cleaner for longer, so racers spend less time in the pits and more time on course,” say Canyon.

Initial images show the Inflite CF SLX with a SRAM Force 1x set up, with what appears to be a 40T front ring and 11- 40 cassette. It features carbon Reynolds Assault Disc wheels, an extended seat post (for compliance and comfort), and a Selle Italia SLR saddle. The new model is said to accomodate tyres to 40mm.

Further details including Australian pricing will be made available shortly. 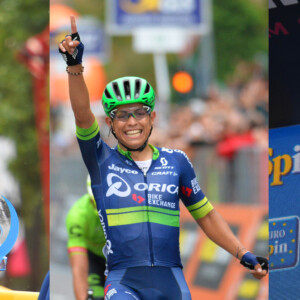