COMMENT: For many Tour de Francophiles the time trials of each year’s event can be a great opportunity to catch up on much-needed sleep.
Most TTs, at least for me, are unofficial rest days.

July nights deliver joy, awe, happiness, envy, celebration and commiseration along with occasional anger, disgust & scorn. These late nights & early mornings generally involve lashings of Tour snacks, most including chocolate, along with regionally specific French reds. As good as they taste during the hype of the final sprint, climb or attack, they’re also the dreaded curse of the following day.

Tired, irritable, lethargic and weary for the best part of the past 3-weeks? You’ve obviously been watching ample amounts of the world’s greatest sporting event.
Remedy? A night off and you’ll probably wake up human again.

Stage 18, the individual time trial of this year’s race, is underway.  Not just any old ITT, this one’s a special one. At just 17km it’s a lot shorter than ITTs we’ve seen in recent editions. It’s also uphill, and that should perfectly suit Australia’s best-placed General Classification rider, Richie Porte.

Losing 145 precious seconds due to a puncture on stage 2, Richie Porte has been fighting back ever since. Like a wounded Tasmanian Devil determined to survive, he has stubbornly, patiently and faultlessly clawed back his way to 6th overall. More crucially, it seems he’s found his missing mojo.

This is the Individual time trial of Richie’s career. If all goes to plan it should propel him to a podium position, a place well-earned in the race thus far.

Like thousands I’ll be staying up for Richie tonight. Our reward, I suspect, might be the sight of an Aussie-shaped imprint beating through his jersey as he rockets toward Megeve.

Join #bicyclingaustralia for the stage on Twitter. There’s always next week for sleep. 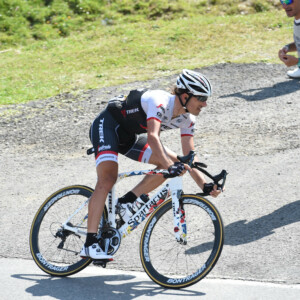 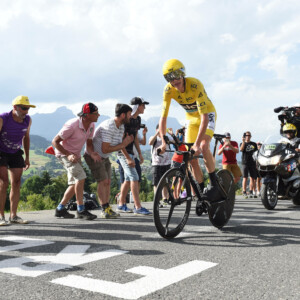