Search
Menu
Search
Most Australians, whatever microclimate they live in, know the importance of hydration, especially cyclists, who often exercise for extended periods. Yet each summer, many are hospitalised due to simply not drinking enough fluids. Dehydration is not just feeling thirsty. It occurs when the body reaches a dangerously low level of water content, often caused by a sustained net loss of fluid. One third of our body is made up of water, and within our muscles the level rises to 75%. We need to maintain this balance for our system’s organs, glands, cells and tissues to function optimally.
In mild, long-term cases of dehydration, dry and flaky skin will soon appear. But in severe cases, when the body is deficient in sodium, due to hot weather and intense exercise, more serious symptoms may emerge. These include headaches, muscle cramps, fainting, fever and even coma. A hospital will administer salt and glucosebased rehydration therapy intravenously, but prevention is obviously better than reaching this drastic stage. For optimum physical performance, cyclists should pre-hydrate by drinking a glass of water every quarter of an hour for a couple of hours prior to their rides.
Don’t wait for your body’s thirst alarm to siren; it’s a protection mechanism that can be tricked by fluid loss from the body through exercise. In dry, hot weather cyclists may not even notice they’re perspiring. Sweat, with high sodium levels evaporates almost on contact with dry air, which can drag one rapidly into a dehydrated state. Even at rest, or in winter, we can lose up to two litres of water over 24 hours through breathing, talking, sweating and urinating, and easily, over five litres through rigorous exercise. A safe and nutritious way for cyclists to up their water intake is by enjoying vitamin and mineral-rich fresh fruits and vegetables.

Pure foods such as tomatoes, watercress and some lettuce varieties can contain 95% water, and also provide slow-release energy suitable for rides. Even carrots, broccoli and mushrooms contain around 90% water. And steamed fish and a baked potato contain around 70%. But this water extraction is not to replace liquid water intake; it simply complements your daily two litres; the minimum for basic health. As part of a post-exercise rehydration regime, foods such as breakfast cereals, breads and sports bars are functional at replacing sodium, as are broths and soups. Fruits, especially bananas, help replace potassium levels. Tea, coffee and alcohol are well-documented to worsen dehydration. They are diuretics that also flush the body of vital minerals, so avoid these drinks as much as possible, especially during hot weather. Herbalists may prescribe natural temperature lowering herbs such as Chinese skullcap, cayenne pepper and elderflower.
In Australia, the most common weather-related health risk is heat exhaustion. Mild symptoms of headache, nausea and tiredness can be addressed by resting in a cooler area and sipping on a solution of one teaspoon of salt per one litre of water. Be patient though—it can take up to 48 hours to recover completely. When the air temperature becomes higher than our body temperature, we fail to lose heat from within. Humidity significantly inhibits our ability to sweat and cool down. A thumping pulse, fever (40+ degrees), dizziness, muscle cramps and ceasing sweating are the main symptoms of heat stroke. Essentially, a failure of our body’s thermostat leads to this dangerous overheating where hallucinations, convulsions and coma threaten. Hospital treatment is required here, but in the meantime, the person needs to be kept wrapped in wet, cooled sheets, with raised legs, aiming for the temperature to revert to 37.5 degrees. Many sports drinks contain an adequate balance of sodium and potassium for moderate exercise. 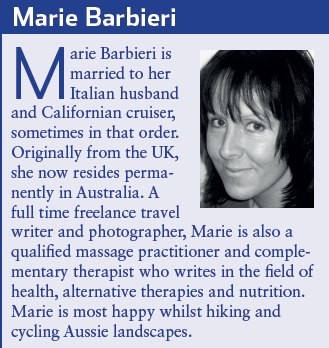 However, research has shown that  semiskimmed milk taken as a post-exercise electrolyte replacement is as effective as market-leading sports drinks. In 2006, the International Journal of Sport Nutrition and Exercise Metabolism revealed that chocolate milk (it’s true!) is highly effective as a recovery aid for exhausted muscles. Physiologist, Joel Stager, led a trial on nine endurance cyclists between alternating periods of intense exercise and rest. He discovered that the milk’s balanced levels of carbohydrate and protein (a 4:1 ratio), as well as water, calcium, sodium and sugar from the chocolate, allowed the cyclists to continue up to twice as long as some of the group on commercial sports drinks. Have a qualified nutritionist develop an electrolyte-management program for you, as the sodium/potassium ratio requirement will vary in each individual’s training program.