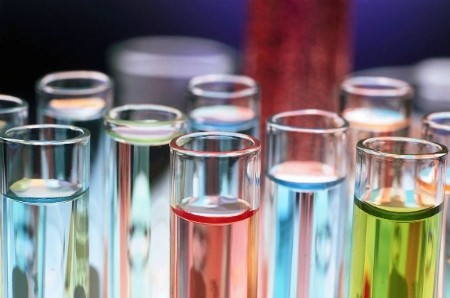 Nathan O’Neill explains how he puts together his nutritional program throughout the year and provides a guide to some leading edge techniques.
Perhaps the most fundamental aspect of my training is nutrition. We’ve all read and heard nutrition experts talk about carbohydrates, proteins and fats, and everyone has their own theories on how much and when. I’m going to open up and give you an inside look at maybe one of the best secrets to sports nutrition in recent years. I’m not advocating anyone try this without some experienced supervision. This technology does work, but can be counterproductive if it gets out of control.
‘The Drip’
We’ve always been told to eat regular small meals in order to help maintain or lose weight. There’s never a more important period than during the off and early season.
What if you could take that idea and raise it to the extreme? My coach, Rick Crawford, developed a method several years ago he aptly named ‘The Drip’. There are two versions, one for males and one for females. It is basically a liquid food, that (for males) is mixed in a ratio of 4:1 (carbohydrates: protein). For females, studies have shown that a 2:1 ratio seems to work best.
This is the premier (and stimulant free) method for increasing one’s metabolic rate, beyond what one could imagine. How do I use it? The idea is to consume around 100 calories (cal), which is equal to 420 kilojoules (kj) over the course of an hour, every hour of the day, as much as is practical. I consume one bottle every hour, sipping every 10 minutes until it’s finished. It can be ingested on the bike as well; in fact once you get going on it, you’ll need to stay on it to avoid bonking, even at rest. It takes some major discipline, but it works. One of the things I notice the most is an increase in my ability to recover, and a general sense of well being.

I’ve noticed an increase in my body temperature, even in the middle of winter. All are indicators of an increased metabolism. Rick suggests that it is essentially the protein component that stimulates your body’s metabolic rate into thinking that it is being constantly fed. Why then the carbohydrates? We need some carbohydrates for many vital organs to work properly, most notably the brain. It seems that women need somewhat less carbohydrates than men, so the two versions were developed. It’s important to note that some men, depending on their body types will respond better to a 3:1 ratio, and conversely some women will also do better with a 3:1. It will take some personal tweaking, but basically the recipes are as follows:

Early in the period, I reduce my solid food intake to balance against the extra ‘Drip’ calories. Gradually I resume a normal diet, until it gets to the point where I can’t eat enough to maintain a steady bodyweight! This is where it gets tricky, and anyone doing this needs to be careful. I actually had a ‘metabolic meltdown’ last November. My engine was burning fuel so fast that I had to increase my intake beyond what I imagined. Rick told me that there are usually two types of people on the Drip. There are responders, and super responders. Clearly I was the latter, and I took evasive dietary action.
While doing my base training, I was burning anywhere from 750-1000 calories per hour. Factor in 100 calories per hour from the Drip, and 200 calories from solid carbohydrates per hour, that leaves me with a deficit of 450-650 calories per hour. Multiply that over a five or six hour ride, and after training you’ve got a huge gap to fill nutritionally.
Enter ‘The Bomb’. Another of Rick’s ‘inventions’, it’s basically a 1000 calorie (4200kj) drink that can be made with basically the same ingredients as the Drip. It’s a 4:1 ratio as before, but this time the carbohydrates are equally divided into low and high GI sugars. I use dextrose powder or Hershey’s chocolate syrup. It doesn’t matter, as long as it is a source of simple sugars. Bear in mind that if you use flavoured syrup, 100g of syrup, will not yield 100g of simple sugar. More likely, you’ll need more than 100g. Read the label and calculate how much you’ll need to get 100g of sugar in your blender.
‘The Bomb’
1000cal (4200kj) – 100g CHO
Maltodextrin + 100g simple sugars
(Dextrose-high GI source) + 50g Whey Protein.

I throw everything in a blender, along with some crushed ice as soon as I get home. Wait a little while and then eat some solid food, depending on my intake goals. For a net weight loss without sacrificing strength I always shoot for a deficit of no more than 500 calories/ day. The beauty of a power meter such as an SRM, is that it tells you how much work you did during exercise, usually in kilojoules. Since humans are around 25% efficient on a bicycle, only around ¼ of our energy expended actually turns the pedals around. So simply multiplying the SRM work (in kj) x four will give your metabolic output. Or I simply take the kJ number (say 4000kj), and convert it directly to 4000 calories, since there are 4.2kj per calorie. It’s not exact, but it’s gives an instant idea of how much food you’ll need to consume. I know there’s a lot to ‘digest’, but honestly I’ve given you the abridged version.
From a Central Nervous System standpoint, the DRIP is fairly taxing; it takes a lot of discipline.
For that reason alone, I can’t do it year round, although its effects will last for months afterwards.
I’ve tried to cover the fundamentals, whilst giving a reasonable insight as to why and how it’s done. In a future column I hope to further expand on this and share some personal experience. In the meantime please feel free to email me with any questions: Nathan@ nathanoneill.com.