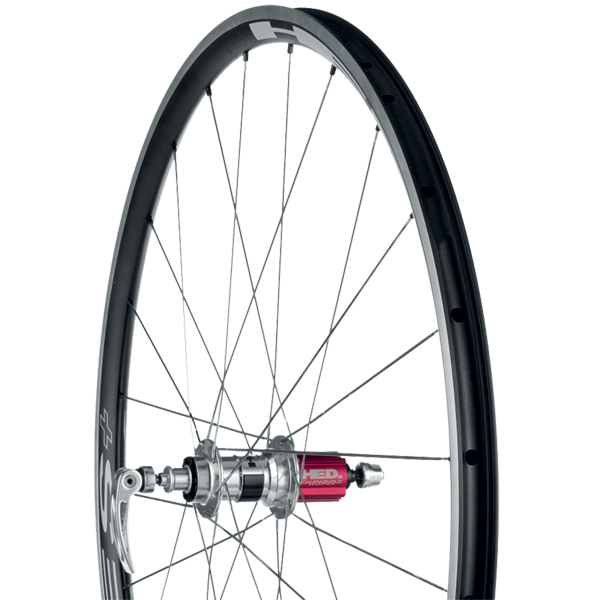 There’s a new cycling trend rolling across the land. Wide rims have taken the MTB world by storm and are now rapidly gaining prominence in road cycling circles.

For more than a hundred years of bicycle history, the rims that cyclists rolled on were a box section (see A below). During most of this period the tyres were glued to the rims; a tyre option referred to as a single (because the tyre and tube are a single unit) or a tubular (because the tyre is like a garden hose – a tube). For all racing cyclists, singles were the only real choice until the introduction of the quality clincher tyre in 1980. Still, it took around 20 years before most (not all, there are still many holdouts) club-level competitors showed up to big races on clincher tyres. The top professionals have had some forays into clincher tyre use, but for the most part still use singles today. No matter how much a rider might personally love singles, they definitely work best when spare wheels are available from a following vehicle.

The introduction of the Campagnolo Shamal wheel signalled two important changes to road bikes: a move towards the sale of wheels rather than wheel components and the deep-section aerodynamic rim (see B right). For the Shamal it only made sense to build it as a whole wheel because the deep rim could get away with half the spokes normally used (16 instead of 32) and optimum aerodynamics required bladeshaped spokes, both changes necessitating a specific hub. The Shamal hub was an otherwise regular Record hub with 16 keyhole shaped spoke holes in the flange to accommodate the wide bladed spokes. 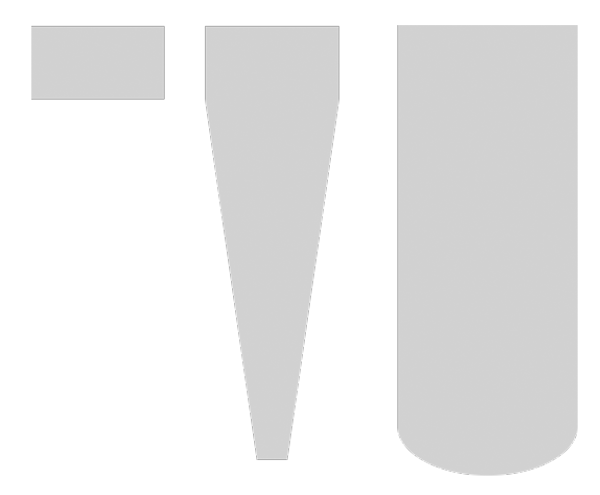 The Shamal wheel used an alloy rim (in both tubular and clincher specification), which was heavy. While the rim was deep enough to provide a good aerodynamic advantage, it was susceptible to cross winds pushing the bike around on the road. Thus it could not be an everyday wheel. On hilly rides or windy rides most chose to ride something else.

The Shamal was only the beginning and an explosion of choices followed soon after. It wasn’t long before carbon rims were available – initially only for tubular tyres – which took care of the weight disadvantage but did nothing about the wind sensitivity. To satisfy the different conditions and variable rider demands most companies created several rim depths: the shallow ones were better in the wind and lighter for climbing while the deeper ones were faster when conditions permitted.

All of this was fine if you were a pro with a warehouse full of wheel options at your disposal. Pity the club racer who spent several thousand dollars on a single pair of wheels only to find out that the fancy new wheels worked best in specific conditions. Even worse, the plain original-equipment wheels may well have been the faster choice outside of those specific conditions.

Then about five years ago two critical new features appeared in wheels. First, carbon technology improved to the point that designing and building a carbon clincher rim became a routine task for manufacturers – earlier attempts met with limited success and almost no market presence. Second, in order to combat the wind sensitivity of deep rims, the rim shape changed to a wider tyre bed and a blunt inside edge (see C previous page). These two changes were synergistic for carbon clincher use – the wider rim optimises the clincher tyre while virtually eliminating the crosswind problem. Suddenly we have the possibility for the everyday-use deep carbon clincher rim. 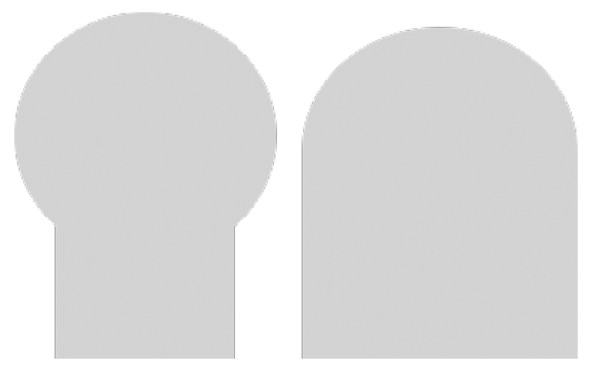 While I was writing this article I had the chance to ask questions of the racing tyre product manager from Schwalbe about the tyre side of the equation and of Simon Smart, aerodynamic guru (responsible for the SES wheel line) at ENVE composites, about the wheel side of things. Their feedback shaped the rest of this article.

WHY WIDER IS BETTER

A 23mm tyre on a 17mm rim looks a bit like a light globe (see D left). The sidewalls of the tyre curve dramatically inwards under the tread to fit into the rim well. In contrast, a 23mm tyre on a 25mm rim has nearly vertical sidewalls (see E left). The skinny rim option requires higher air pressure for any given load to achieve similar stability to the wider rim option. It will never be as secure in cornering because the ‘circle’ of the tyre is more easily squashed sideways by cornering forces. Incidentally, tubular rims have gotten wider at the same time as clinchers to achieve that same aero-stability, but more rim under the tyre stabilises those tyres (to a lesser degree) too. The wide rim (E) has a considerably larger volume of air inside the tube than does the narrow rim (D). This change in shape of the tyre and reduces the rolling resistance – it shifts the entire curve in the graph below to the left. This also moves the inflection point of the tyre (red circle) – the specific level of air pressure where the rolling resistance flattens out, and more air pressure provides few gains. The wider tyre has a slightly different shape where it contacts the road, both wider and shorter. All other things being equal, this wider tyre will deform less when it hits a bump in the road and thus has lower rolling resistance. The extra air volume means you can run lower air pressure without damaging the rim. The altered rolling resistance curve means running less air pressure doesn’t hurt your speed, but it does make the ride more comfortable and improves traction on rough pavement. It really is a win-win situation.

For as long as I am aware, road bike rims have been about 17mm wide between the brake pads (and around 13mm wide internally!) The new 50% wider rims are around 25mm wide. My opinion is that this corrects a historical anomaly in that narrow rims have much less influence on tyre behaviour when that tyre is a single than when that tyre is a clincher. The swap to clincher tyres for racing should have been accompanied by a move to wider rims too, but there was a standard of sorts to conform to; that of brake pad position. 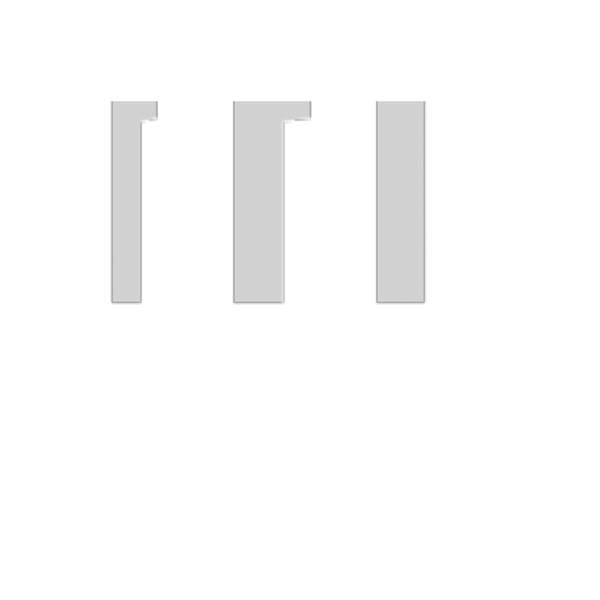 Looking at modern motorbike wheel and tyre combinations as a guide (where wheels are chosen specifically for each model and there is no ‘standard’ to meet) the tyre is typically 30% wider than the rim on sporting models, and up to 50% wider on more utilitarian styles (regardless of actual tyre/rim widths). A 23mm bicycle tyre on a modern 25mm rim (which is really an 18mm rim across the inside 85 dimension, the measurement that matters) is almost identical to the motorbike situation. Contrast that with a 25mm tyre on a traditional skinny rim where the tyre is nearly 100% wider than the rim!

I wrote above that the inside dimension is the critical one for rims. This is so much the case that a car or motorcycle wheel listed at a particular width is always that width on the inside measure. It is the inner surface of the rim wall that the tyre presses up against due to the air pressure inside the tyre. Clincher rims are U-shaped. The vertical portion on each side defines the width of the base of the tyre. Light rims may have a thin cross section like F right (this being a drawing of the left side of the rim). G and H are both thicker, with G having a bead hook and H lacking the bead hook. Many mountain bike rims are moving to hookless forms (like car and motorbike rims), but all road rims still have the hook. A rim with an 18mm inside dimension can have an outside measure ranging from a bit over 24mm and up to nearly 27mm. 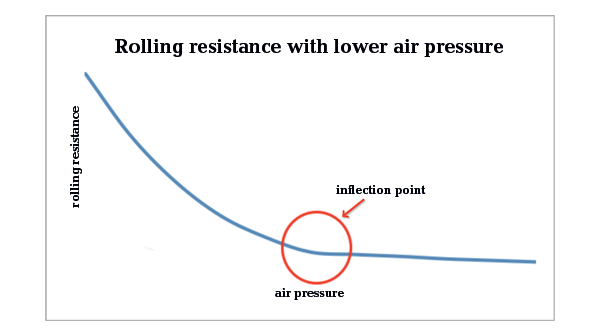 The move to wider rims seems like it has no drawbacks. However there are a couple of theoretical down sides to the change. Wider rims are heavier. They contain more material, at the furthest point from the hub too which amplifies the disadvantage of weight on the wheel, and even if the difference in weight is small, it is there. Weight is your enemy climbing and accelerating. The wide rim can even make the bike feel sluggish in steering as well. There is a small aero penalty too. A wide rim successfully permits riding in cross winds where the skinny rim might not, but in still air (the best example is an indoor velodrome) the wider wheel has more drag. In real world use the advantage is short lived, however. Some skinny wheels lose their aero benefits at as little as 5 degrees of crosswind (called yaw) while wide wheels remain aero to at least 15 degrees yaw with a few still working at 30 degrees yaw.

Many brakes do not like the wider rims. Their ‘sweet spot’ is centred around narrow rims and opening up the pads to accommodate wide rims causes problems with the return spring in some brakes (all the 11-speed brakes seem wide rim optimised). Tyre choice becomes a bit more critical with wide rims. Using a narrow rim means that the tyre hangs out over the rim regardless of tyre size chosen (and so small changes in tyre width have small effects on aerodynamics). Wide rims have their airflow tuned to a specific tyre dimension. Even the minor swap from a 23mm to a 25mm tyre can consume two or three extra watts of power.

The bottom line is that I would always take the wide rim option on the road due to its overall superior performance. The aero issue is so complicated it will depend on the exact two wheels being compared as to whether there is any possible disadvantage to the wider rim. The wide rim is typically eight watts better off in the real world than the skinny choice.

Only now that wide is the new ‘standard’ are we seeing accompanying changes across the industry. Aluminium wheels in the wide profile are popping up everywhere (permitting quick swaps between training and racing wheels without adjusting the brakes). Some new frames are design-optimised for the wide rim. I already mentioned the brake issue, but these brake changes might be temporary before rim brakes vanish from road bikes completely in favour of disc brakes – that is a completely different story.

The switch to wider rims is genuinely a good thing. The only two things written off in the change of standards are our sense of the normal and our stash of old wheels. When I made the swap myself, only recently, I ceased using the brake quick release mechanism to accommodate wide rims (as I had been doing for testing purposes) and readjusted the brake (permanently!) to a new position. The old, skinny, wheels would make good back-up wheels if not for the brake issue. 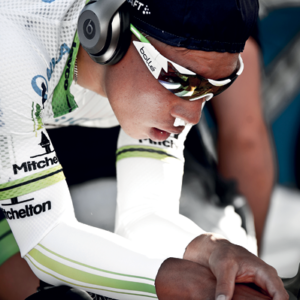