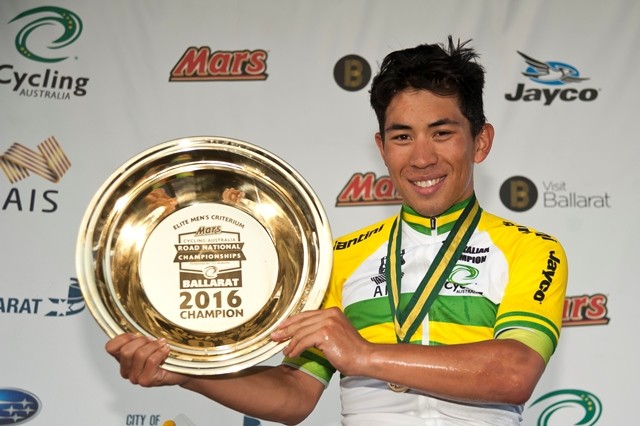 He’s just turned 21 years old and stands proud at five feet five inches tall, and he’s already clambered onto more podiums than the president of the IOC. He is of course Caleb Ewan, the pint sized super sprinter from the Orica Green Edge team.

With a grand tour stage victory on top of a dozen more plus a couple of notable GC wins to his credit in his first pro season you could say that he’s already staked notable claim to being one of the most victorious pro riders of the moment.

With his feet humbly affixed on the ground and his head far from the clouds, Ewan has all of the qualities a contender for the world’s next greatest sprinter could hope for.

We caught up with him to chat about his sharp but successful learning curve, and learned a fair bit about his approach to racing, and in particular sprinting.

Stepping up
The training hasn’t been too much different. It’s when you’re at the races that things are really different; like the team will ask me to take it easy on the climbs in a stage race and just make it through within the time limit, where as before I would still be trying to be up there. Now when you reach the last climb it’s all about easing off and saving yourself for the next stage that you may have a chance to win.

At U23 level I would have been able to fight and still be in there, but at pro level it’s different.

The pressures  of command
It is a little bit stressful, and obviously there’s more pressure. I’m not quite used to it yet, because I never really had a lead out train before. I’m used to finding my way around the bunch and fighting for wheels.

Riding a train
So far I think our lead out train is almost as strong as the major sprint teams, and even if the last 2-3 of us get dropped off early they know their way around the bunch really well, as the last guys have been sprinters themselves.

The guys who get us there are mostly strong time trialists, so they’re super strong to keep me in position. If the team really wanted to dedicate everything to a lead out (as Ettix do) then at least half of the team are strong riders who could do that; but usually we also race with riders for GC.

Learning from the masters
The biggest things are when they go, when they wait, and how they time everything. With different finishes, different numbers of riders and so on that stuff changes all of the time, so they never do the same thing again  and again.

Wide roads, technical finishes; it’s hard to pick up things and learn like that, as if you watch one day and then try to replicate the next it just won’t work because everything is different.

Holding your own
I don’t really get intimidated, I guess they’ve been in my shoes before so they know that to get where they are that they had to go elbow to knee with the big sprinters of the day too, so when I do have physical contact I think they completely understand.
You do what you have to do to get into the right position, and that’s sprinting.

I haven’t really clashed physically with the likes of Cav or Greipel yet, and you just don’t barge a rider off his own lead out train – that just isn’t done. It’s more the guys behind them who are fighting for their wheels that you tend to have issues with.

Power to the pedals
Back in Australia, during my base season I did a lot of gym work. But when I moved to Europe that stopped, being the first time that I’ve lived alone in Europe. I’ve been busy setting up my own place and also racing a lot and training on the bike. Once things settle down more I hope to find a good gym and start training  there again.

In the off-season I do a lot of dead presses and leg squats, and I do feel that it really helps. The sooner I can start doing that the better – during the season included.

On the bike sharpening
I do a number of different things; high cadence sprints, I do a lot of these, especially during the season. When you’ve been doing a lot of racing and sprinting in a big gear your legs become heavy and sluggish, so I like to do this to keep spinning and fire my top end speed.

During the pre-season I also do bigger gear power-based sprint intervals.

Taking the long road
The big difference is that before we may have raced 150km, and it would be all go for the whole race. Now in the pro races it’s really hard when the break is going, and then it will usually stop and cruise for a while. Then inside the last 50 k’s it really ramps up and becomes flat out, especially for the last 20km.

Getting used to that flat out last part is really hard as you’re already on the gas and then you still have to sprint.
As an under 23 you’re still going hard for the last 15-20km, but when you get to the sprint you can still be pretty fresh.

Fatigue frenzy
We have a great team staff, and get a massage every night. When we get to the hotel there’s always  food, which makes it a  lot easier.

Everyone fatigues as the races go on, so the racing does get a little easier. I haven’t really gone through a full three week grand tour yet; so don’t really know what that will be like.

During a one week race I usually have one day when I’m completely empty, as I get older and stronger I hope that I can make it through two weeks and then three, although I’ll probably still have a few bad days – I really have to learn management of this on the go.

It’s not about the bike
Nothing on my bike is sprint specific. I use the same bike for everything – no climbing bike or anything.

I do like to have quite deep-dish wheels, but that’s about it.

The thinking racer, a word to the wise
If you’re not riding the track then you should start. It teaches you positioning and also helps you and your sprinting a lot.
When I was younger I was always quite under developed compared to the other guys I was racing with, so I really had to think about what I was doing to be able to position myself to win.

I wasn’t one of those big strong guys who could come from the back of the bunch on the last lap of a track race, so I really had to think and learn to race smart. As I got older things levelled out a lot, but I already had that knowledge and tactical sense which gave me a big leg up.

To the guys who are strong I’d say don’t just sprint from the front because you can – think about it and learn. The young guys who aren’t so strong to be able to win, then in many ways it’s a bit of a benefit – because at some stage everything catches up and levels out, and if you’ve learned to race then you have a big advantage.

Mind games
Now I’m pretty calm, but in the last 10-15k’s of a race I’m a totally different person. You have to be really switched on and angry even, to be able to barge into people.

By then I’m usually really tired and people are pushing you off wheels and things are not usually going your way, and I get pretty angry.

You see a lot of sprinters who continue that after the race, and stay really angry and wound up. To get the best performance from yourself you really need to learn how to switch that off and have a normal life after racing.
It’s the same with teams; they are different with this. After the race and at dinner we are all relaxed and just normal guys.

When it all goes wrong
When I make mistakes it really does eat away at me. If I’ve lost by making a tactical error it really annoys me. If I lose because I’m not strong enough then that’s not a problem for me.

I think I’m learning fast, and with every race I learn from the experience. You have to learn from your mistakes, and it  really does help to try and not make the same mistake again. 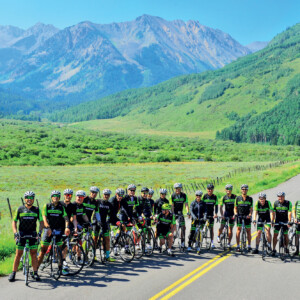 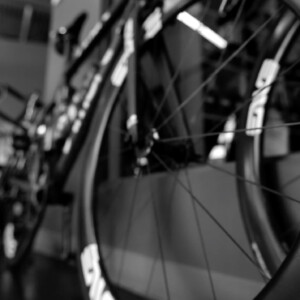